Songs Of The Damned 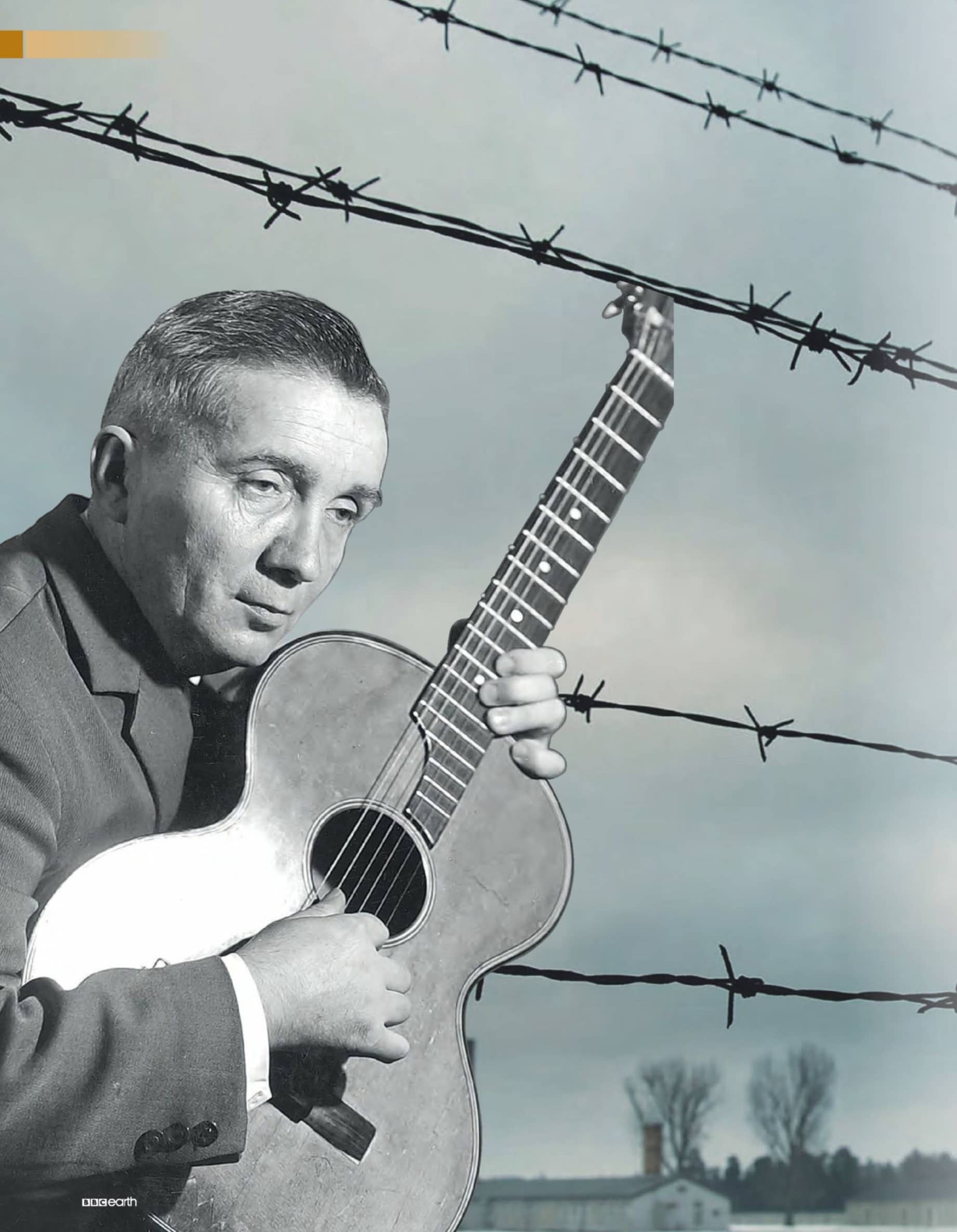 Aleksander Kulisiewicz survived five years in a Nazi concentration camp, where he committed the music and lyrics of his fellow inmates to memory. As Mark Burman recounts, it was an act of defiance that allows us to glimpse a manmade hell

Aleksander Kulisiewicz lay in a Polish infirmary seemingly babbling. The doctor assumed he was raving. Kulisiewicz thought he was dying. He had survived five years of incarceration in Sachsenhausen concentration camp and the subsequent death march ordered by the SS as the Soviets closed in, in April 1945. But the nurse attending Kulisiewicz realised he was urging her to transcribe what he was feverishly reciting. She began copying down what would become hundreds of pages of lyrics. Songs of the damned and the dead. Songs of utter darkness or wicked portraits of camp life. Songs of longing for home or loved ones. Among them 54 of his own compositions.

Recovered, Kulisiewicz would spend the rest of his life performing and collecting songs and stories of the survivors of the Nazi concentration camp system, which had imprisoned and murdered millions. It’s a body of work that represents the largest single source of music composed in the concentration camps. He died in 1982 before completing a 3,000-page musical survey that had increasingly absorbed his life to the detriment of his family and marriage.

There was precious little interest in all of this in his native Poland, which had been largely stripped of its Jewish population and was in thrall to manipulative communist narratives about the Holocaust. Kulisiewicz’s vast collection of tapes and papers began gathering dust – effectively in storage at the Auschwitz-Birkenau Memorial and Museum, until in 1993 it was brought to the United States Holocaust Memorial Museum in Washington. Even now its contents are still being catalogued. A CD that emerged, Ballads and Broadsides, joins a collection of Kulisiewicz recordings that remain profoundly compelling musical documents.

The songs he left us have titles such as ‘The Burnt Mother’, ‘The Corpse Carrier’s Tango’ and, detailing SS repressions against homosexuals imprisoned in Sachsenhausen, ‘Dicke Luft’ (‘Thick Air’). The lyrics are in German, Polish, Czech, Ukrainian and Yiddish. What you hear are trancelike performances featuring a strummed guitar, and a voice bitingly direct and unsettling. Conveying bitterness and sorrow, wreathed in darkness, Kulisiewicz was a living tape recorder of his days in Sachsenhausen.

Playwright and translator Peter Wortsmann cut an album with Kulisiewicz in the late1970s: Songs from the Depths of Hell. Even now, the recording experience marks him. “My mind went blank; I was horrified and heartened at the same time,” Wortsmann recalls. “A song like ‘Lullaby for Little Son in the Crematorium’ – do you have a right to listen to it, or shut your ears? He was Orpheus in hell, singing songs to try to raise the dead.”

WITHOUT HOPE OF RELEASE