Sweet Dreams Are Made Of Cheese 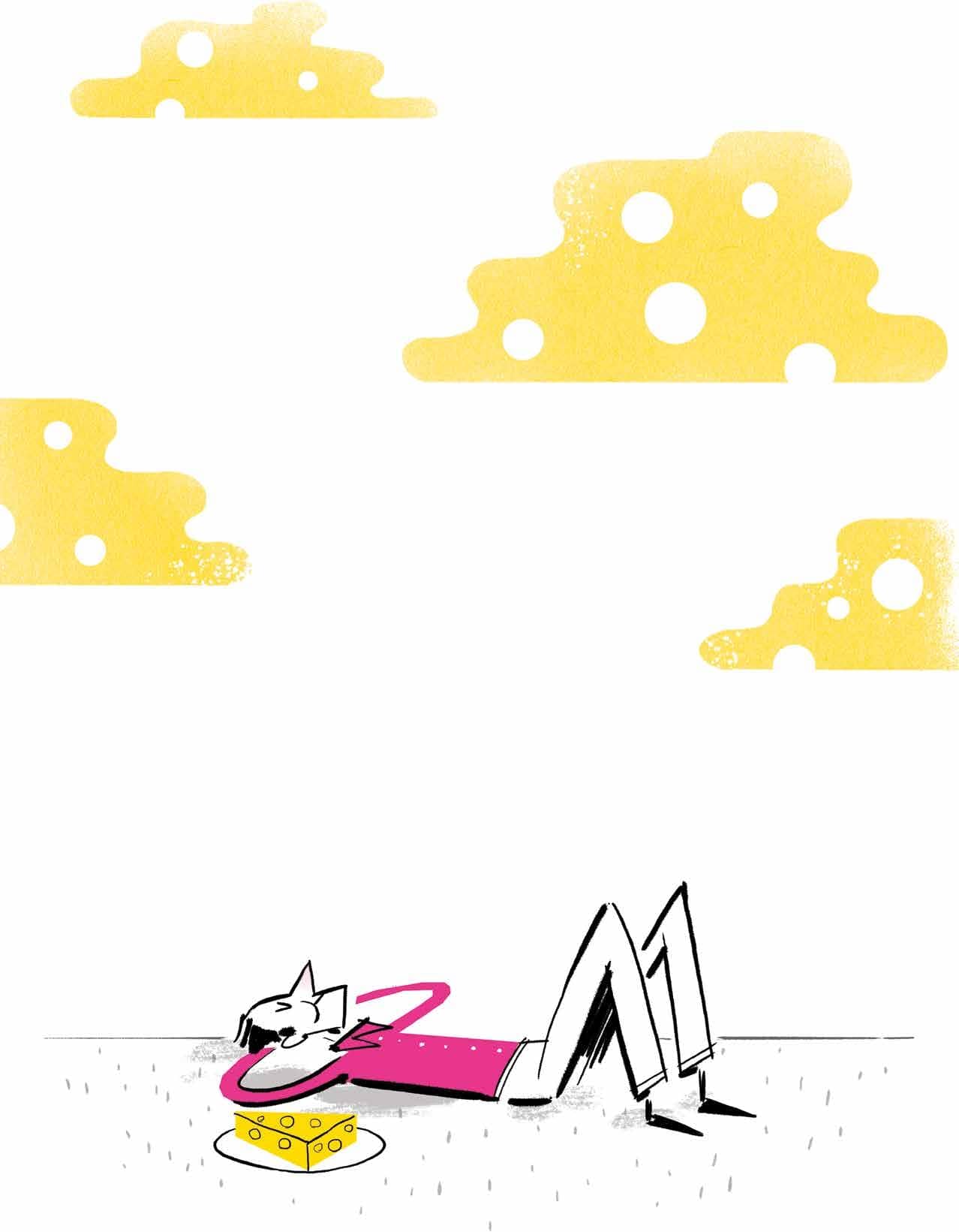 When milk and microbes come together, there’s no doubt something wonderful happens. We asked a food scientist how a choreography of chemistry, biology, and psychology make cheese the ultimate food

Who would have thought that a congealed lump of curdled milk could be so delicious? For seven thousand years, cheese has titillated the taste buds of humanity. Animal milk has been used to create the stuff in almost every corner of the world, culminating in over 1,700 distinct varieties today: creamy Brie, buttery Gouda, crumbly parmesan, stringy mozzarella, sharp Cheddar, holey Swiss, mild paneer, smoky Bavarian Emmentaler and the like. The staggering variety of cheeses is testimony to the creativity of cheesemakers throughout the ages, but their ingenuity plays second fiddle to the real stars of the show: the microbes. The several-hundred-strong ensemble cast of bacteria, fungi, and yeasts bring life to a bland, salty lump of off-white curd. By digesting (or ‘fermenting’) the fats, proteins, and milk sugars, they spew forth an elaborate selection of flavourful – sometimes smelly – molecules. Never has second-hand food tasted so good! But what is it that makes cheese so devilishly moreish?

All cheeses start their lives as milk. Most animal milk can be used, including cow, buffalo, goat, sheep, and even camel. First, the liquid is warmed to a temperature that is perfect for milk-loving microbes to flourish. Next, acid or rennet is added, possibly alongside some ‘starter’ bacteria, which causes the milk proteins and fats to coagulate together into ugly white clumps, effectively ‘curdling’ the milk. These fat-laden ‘curds’ then float to the surface of the milky liquid called whey. The curds can then be drained, removed, and chopped into chunks, according to the type of cheese being made – walnut-sized blobs for soft cheeses, and small grains for hard cheeses.

The curds are scooped into moulds, but the initial ‘starter’ bacteria, which give the cheese its lactic acid tang, die off over several weeks to make room for a microbe superhighway of new flavour generators. plenty of salt is added to the mix to stop any bad milk-loving microbes from spoiling the brew.