How Dark Were The Dark Ages? 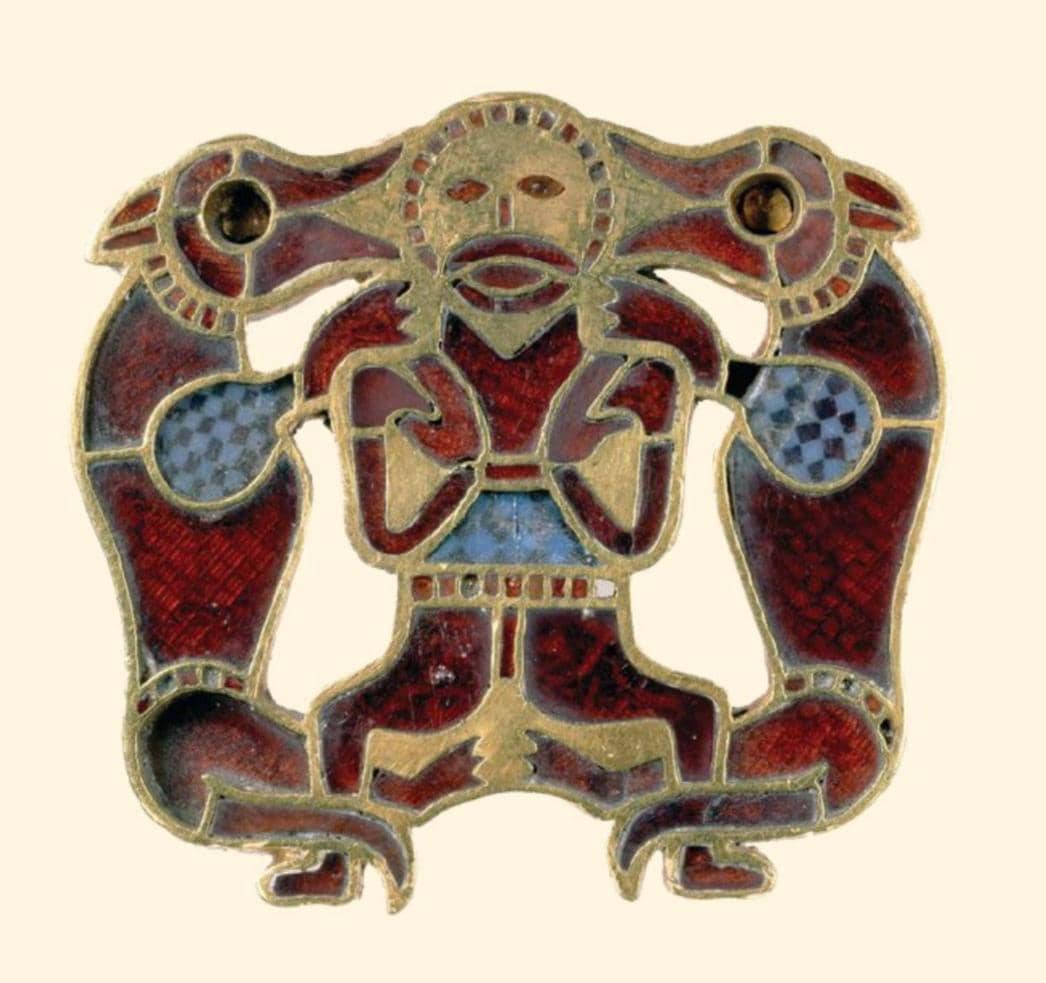 All ages of the past are dark because the past is a grave. It is a void that historians and archaeologists seek to fill with knowledge – with things made by long-dead hands and the ghosts of buildings long demolished, the uncanny traces of people and their lost lives, poignant in their mundanity: a used bowl, a broken glass, a clay pipe, a worn shoe, the pieces of a game scattered and abandoned. The more we find to fill that void, the better illuminated the past appears. It takes on three-dimensional form in standing buildings and tangible artefacts, in detailed reconstructions of costume and paraphernalia. Film and TV provide illusory glimpses of the irrecoverable, while historical fiction and immersive histories promise time-travel to places we feel we might inhabit. And by and large, the closer a historical period sits relative to our own lives, the more vital and vibrant it feels.

But what happens when there is so little to fill that void that the darkness becomes the defining characteristic? When knowledge is so hard-won, and so easily contested, that a state of ‘not knowing’ is the most respectable position for a historian to adopt?

To those who study late antiquity and the beginning of the early Middle Ages, the period between c400 and c600 AD in Britain is just such a void. These centuries are a time when not only historical narrative fails, but also our capacity to interpret the archaeological remains with much conviction. Fundamental questions about the end of Roman governance, the nature and scale of migration into Britain, the origins of kingdoms, the continuity of Christian belief and organisation, even the fate and whereabouts of the Romano-British population, remain essentially unanswerable. And yet, to describe this period as a ‘dark age’ has become deeply unfashionable in academic circles. This is, in part, due to the way that the term has been lazily applied to the whole of the period between 400 and 1066; and certainly the idea that the 10th and early 11th centuries can legitimately be conceived of as ‘dark’ in comparison with the later 11th and 12th centuries is, by any index, quite ridiculous.

In 2016, the adoption of the term ‘Dark Ages’ by English Heritage for the whole of the pre-Conquest period sparked a furious backlash from academic historians and archaeologists. Despite some notable dissenters, the orthodox view – and one that seems now to have been adopted by English Heritage – is that the terms ‘early medieval’ and ‘early Middle Ages’ are adequate to describe the 650 years or so prior to the Norman conquest. There is no need, the argument runs, to insult public intelligence by supposing that people are incapable of differentiating the ‘early’ from the ‘late’ medieval period. That, I suppose, is fair enough (though the supposed simplicity of this argument is undermined by the fact that medieval historians frequently distinguish the ‘late Middle Ages’ from the ‘high’ or ‘central’ Middle Ages). Most academics, however, will concede that the first 200 years of the ‘early medieval period’ are markedly dissimilar to those that followed; and no one wants to write, let alone read, about the ‘early early medieval period’. In any case, there is little about those two centuries that anyone would really think of as ‘medieval’ at all.

If ever an age could be rightly described as ‘dark’ it would be the two centuries that followed the collapse of Roman authority in Britain at the beginning of the fifth century. The historical record for these years is practically nonexistent. The best surviving source is an excoriating sermon – ‘De Excidio Britanniae’ (On the Ruin of Britain) – written by the British monk Gildas sometime between the late fifth century and c530. It is not a historical work, but a rhetorical barracking of Romano-British leaders, both prior to and in Gildas’s own time, whom he blamed for the ruin of Britain in the twilight of Roman rule. Most of the few places Gildas mentioned cannot be identified. The majority of the people he lambasted cannot be named. The dates of the events he described – even the date at which he wrote – remain controversial. Nevertheless, it is the best we have, and it provides the traditional narrative of post-Roman Britain from which all others are ultimately derived. The only other (local) sources of any note include a couple of letters written by St Patrick in the fifth century, one describing how he was taken from his home by Irish slave raiders and the other castigating a bloke called Coroticus for raiding and looting a Christian settlement and dragging the men and women into slavery.