Wealth of a Medieval Power Broker 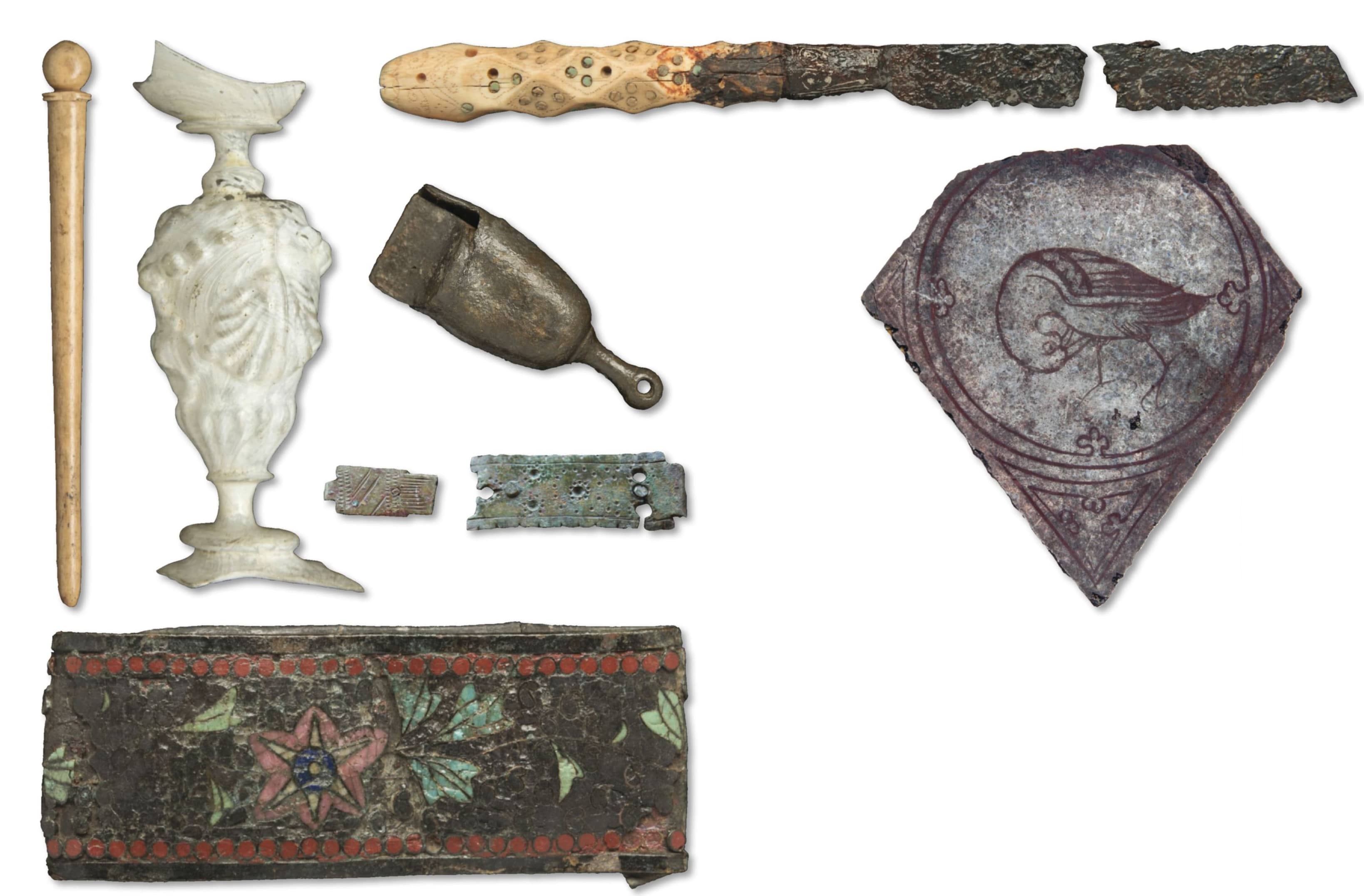 In England’s far northeast, a commanding bishop built a chapel rivaling the grandest in Europe

In the late thirteenth and early fourteenth centuries, it was said that there were two kings in England: one in London, who wore a crown, and one in Durham, who wore a miter. The latter was Antony Bek, whose title, bishop of Durham, captures only a small portion of the power and influence he wielded. As bishop from 1284 until his death in 1311, Bek was head of the palatinate of Durham, a sort of independent state within a state. The palatinate had vast landholdings and was permitted to mint coins, collect taxes, raise armies, and administer justice. In return, it was tasked by the Crown with safeguarding its own territory in the far northeast of England against the persistent threat of Scottish invasion. In fact, Bek was as much military and diplomatic figure as a religious one. In 1270, before becoming a bishop, he went on crusade with the future King Edward I (r. 1272–1307), and in 1298 served as the monarch’s right-hand man in the Battle of Falkirk, foiling William Wallace’s attempt to win Scottish independence. Bek was later named patriarch of Jerusalem, making him the senior churchman in England. “Bek was a weather changer, a power broker, a man of great political and social influence,” says Chris Gerrard, an archaeologist at Durham University. “He was essentially the commander in chief in the north, with a lot of razzmatazz around him and a grand image of himself.”

As such, Bek had access to more than a dozen residences throughout his diocese. Traditionally, Durham’s bishops had spent much of their time traveling between these homes, attending to the spiritual welfare of their people. But Bek had other interests, and increasingly concentrated his time at his most exalted properties, such as Durham House, an opulent residence on the River Thames in London, where he served as a courtier and valued adviser to the king, and Durham Castle, an eleventh-century Norman structure that looms over the River Wear alongside the cathedral in the city of Durham. He was particularly partial to a rural estate in the town of Bishop Auckland, some 10 miles southwest of Durham. There, he would host visiting nobles, provide entertainment and feasts, and lead hunting expeditions in the surrounding deer park. Bek embarked on an ambitious building campaign at Bishop Auckland, during which he expanded the hunting manor into a castle and encircled it with a grand curtain wall. Among the structures, he commissioned there was a chapel, which was reported by a contemporary to have been constructed “in a most sumptuous way.” This chapel was destroyed in the mid-seventeenth century. “There are a few historical records, but they tend to be the sort that assumes you know what they are talking about,” says Gerrard. “They don’t give you any idea of the scale, and they don’t tell you exactly where the chapel was located.” His interest piqued, Gerrard was keen to learn more about this elusive structure.

In 2018, a team of archaeologists from Durham University led by Gerrard, in partnership with the Auckland Project, a charitable trust that owns Auckland Castle, launched an excavation at the estate hoping to unearth remains of Bek’s “sumptuous” chapel. A geophysical survey just south of an eighteenth-century extension of the castle had revealed what appeared to be the remains of a rectangular building measuring around 60 by 25 feet. Gerrard had a hunch that the chapel had stood in this area, and this structure seemed about the right size. When the archaeologists began to excavate, though, they found to their surprise that what they had thought was the chapel’s southern wall was actually a portion of the curtain wall that surrounded the entire castle complex. On the north side of the excavation trench, meanwhile, they uncovered a series of massive buttresses that appeared to be the foundations of something very large.

A previous excavation nearby and to the west carried out by Durham University’s Archaeological Services, led by Jamie Armstrong, had unearthed what appeared to be a gatehouse flanked by a pair of round towers. As Gerrard’s team compared the findings from the two excavation areas, says John Castling, an archaeologist with the Auckland Project, they realized that the line of buttresses and the apparent gatehouse and towers were perfectly aligned, the walls were the same width, and the rubble masonry associated with both structures bore the same sort of very early English Gothic carving. “I cannot for the life of me remember who first suggested this might be one huge building, but somebody did,” says Castling. “We all looked at each other and thought, ‘No, it can’t be that big. Surely it’s not that big. It’s going to be over 130 feet long, and that’s massive.’”