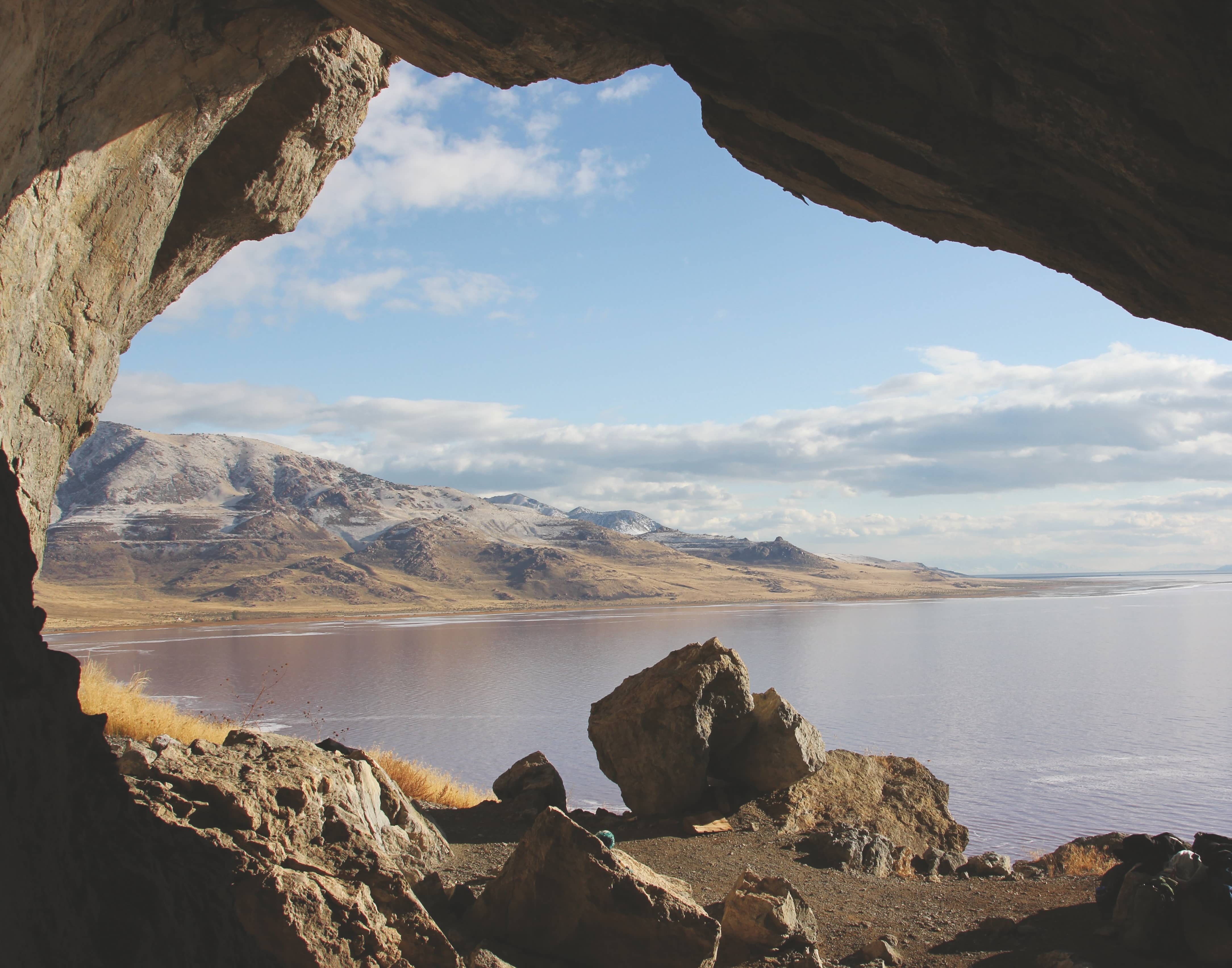 Karen Coates
Ancient canyons, dry mesas, and high deserts form the iconic landscape of what is now called the American Southwest. To the Navajo, who call themselves Diné (“the people”), this is a sacred land, a place they know as Dinétah. It’s the center of their universe, the place where Diné history began. The story of their emergence is passed from generation to generation through days of oral accounts that describe how their ancestors traveled through four worlds—black, blue, yellow, and white—moving through each at an appropriate time, aided by sacred creatures, usually animals or insects, to arrive at the present world. “I think this is a metaphor for the stages of development of our human consciousness and the human spirit,” says Navajo archaeologist Adesbah Foguth. Foguth works as an interpretive ranger at Chaco Culture National Historical Park just to the east of the Navajo reservation in the Four Corners region of New Mexico, Colorado, Arizona, and Utah. When she gives tours of the park, she shares Native histories and talks about the Navajo connection to this land. “We evolved here, we became distinctly Navajo people here,” she says. Her understanding of Navajo emergence also includes a sense of movement and change. “We were also literally migrating on the landscape, moving from place to place.”

Navajo is part of the largest indigenous language family in North America, known as Dene, which includes more than 50 languages spoken by Native peoples in the Canadian Subarctic, the Pacific Northwest, and the American Southwest, where the Navajo and their distant cousins, the Apache, are among its southernmost speakers. Currently, archaeologists are attempting to trace the epic 1,500-mile-plus journey the ancestors of the Navajo and Apache made across North America’s mountains and plains. This was one of the most consequential population movements in North American history, taking people from the Canadian Subarctic, among the wettest landscapes in North America, to the desert Southwest, its most arid region. At the beginning of the migration, the ancestors of today’s Navajo and Apache were foragers. Centuries later, many of their descendants had become farmers. This massive migration forever changed the cultural landscape of the Southwest.

One effort to comprehend this great migration is the Apachean Origins Project, headed by the University of Alberta archaeologist Jack Ives and Brigham Young University archaeologist Joel Janetski. “Apachean” refers to a subgroup of Dene speakers comprising the Apache and Navajo. Ives and Janetski lead a team of researchers using archaeological, linguistic, isotopic, and paleoenvironmental evidence to study the links among distant Dene speakers. They also work closely with Dene elders to understand not just when the migration happened, but how the migrators interacted with people they encountered. “Migration creates an infinite number of scenarios for contact with new people,” Ives says. Those interactions can lead to intermarriage, shared cultural traits, and coalescence of what previously were two or more distinct peoples.

Ives and Janetski have focused their work on a remarkable site, which, nearly a century ago, provided surprising evidence that a culture accustomed to life more than 1,000 miles north in the Subarctic also lived in the American West. How they got there and what happened along the way are a sometimes misunderstood, uniquely North American migration story.

In 1930, a young university of Utah archaeologist named Julian Steward began excavating in two caves on Promontory Point, a peninsula on the northern edge of Utah’s Great Salt Lake. The caves’ dry environment proved ideal for preserving artifacts, and over two years, Steward found baskets, pottery, fiber ropes and mats, juniper bark, bison bones, arrow points, and shafts, bow fragments, knife handles, scrapers, and awls. He also found the remnants of some 250 moccasins that strongly resembled footwear made and worn by Canadian Dene cultures past and present. Each of the carefully stitched intact moccasins, which are now stored at the Natural History Museum of Utah (NHMU), reflects the size and gait of the person who wore it. Some are tiny, made for children. Some have blown-out heels that were later repaired. A few have decorative porcupine quills, and all have small stitches and puckering around the toes. And, 700 years after the Promontory people wore them, these moccasins still smell strongly of smoke—a reminder of the fires used to tan their hides. The moccasins Steward found are unlike those made by the neighboring people who belonged to a farming culture known today as the Fremont. Although the Fremont created elaborate rock art and clay figurines, their moccasins don’t have the distinctive puckered stitching and quillwork of those found in the caves.