VILLAGES IN THE SKY 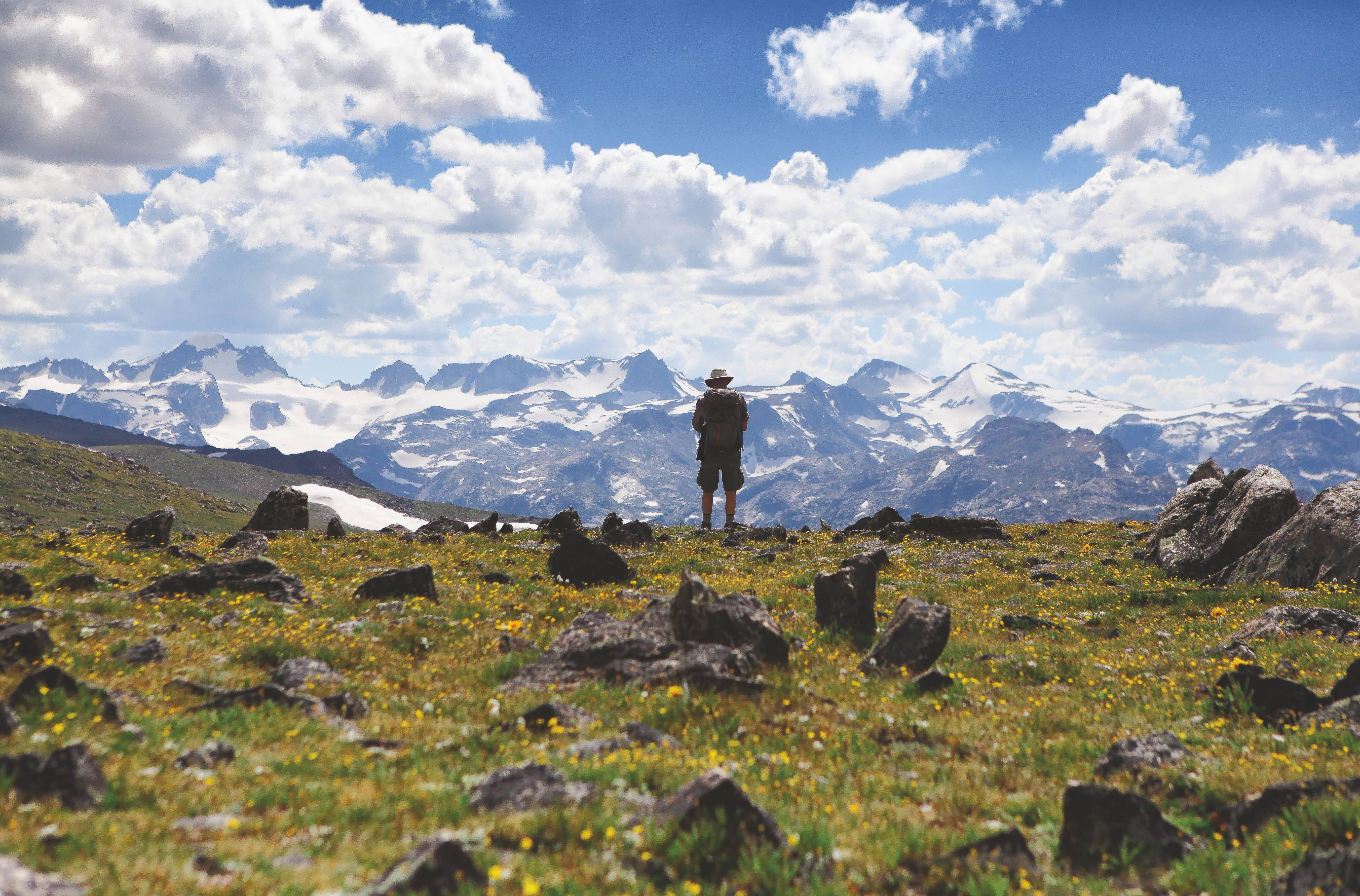 High in the Rockies, archaeologists have discovered evidence of mountain life 4,000 years ago

THE WIND RIVER RANGE in the Rocky Mountains stretches 100 miles across northwestern Wyoming and the Continental Divide, extending from the thick pine forests of Yellowstone National Park toward the vast grasslands of the Great Plains. From the river valleys and lakes below, the peaks of the mighty “Winds” rise toward the sky, reaching 13,000 feet above sea level. These granite towers pierce the clouds and are surrounded by highaltitude plateaus dotted with tundra and remnants of Ice Age glaciers. From a distance, they appear imposing, barren, and hostile, but closer inspection reveals a vibrant scene—herds of bighorn sheep traversing the horizon, marmots peeking up from boulder fields, and clusters of ancient whitebark pines standing watch over it all.

On the outskirts of a scraggly whitebark pine forest at 11,000 feet above sea level in the northern stretch of the range, a plume of smoke rises from a campfire as lunch is prepared in cast iron cookware over the open flames. Tents are spread out across the alpine meadow, and the whinnies of horses echo against nearby cliffs. It is a scene reminiscent of a nineteenth-century frontier camp, except for the presence of a bright yellow surveying instrument and the metallic ting of trowels as archaeologists scrape them against the pebbly soil. The site, known as High Rise Village, is perched on a hillside that would make a challenging black-diamond ski run. It was a large settlement occupied by the seminomadic Shoshone people from around 4,000 years ago until the nineteenth century. Discovered in 2006 by University of Wyoming archaeologist Richard Adams, High Rise Village was the first and largest of nearly two dozen high-elevation villages to be identified in the Wind River Mountains, and has provided new insight into how prehistoric people thrived in the high alpine zone of the Rocky Mountains.

Alpine archaeology is a relatively new field in North America. Conducting fieldwork in remote high-altitude areas is expensive and physically demanding. “Before the advent of modern, lightweight camping equipment, it often wasn’t possible to run prolonged projects in the mountains,” says Adams. As a result, the craggy peaks and wind-whipped ridges of the American West long remained a blank spot on the map of prehistoric North America. 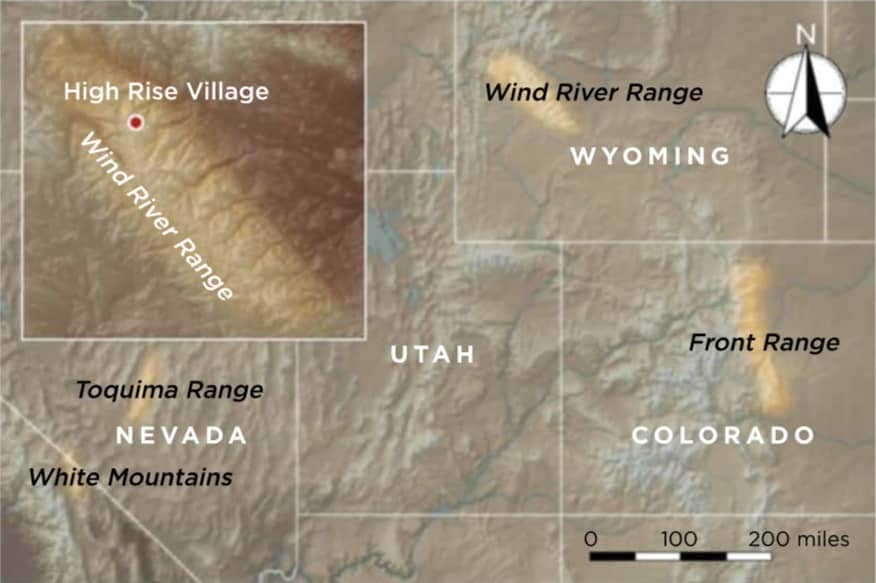 In the 1960s, Colorado State University archaeologist Jim Benedict identified miles of stone walls along the plateaus of Colorado’s Front Range, evidence of communal game drives constructed to corral large herds of bighorn sheep. Around two decades later, University of California, Davis, archaeologist Robert Bettinger discovered multiple alpine villages near 12,000 feet in California’s White Mountains. Farther east, at 11,000 feet in Nevada’s Toquima Range, David Hurst Thomas of the American Museum of Natural History found the Alta Toquima site, remains of a massive prehistoric village high in the alpine tundra consisting of dozens of depressions known as house pits. The discovery of such substantial sites in remote alpine settings was astonishing to many scholars across the western United States who had long considered the mountains too hostile for sustained human occupation. What led ancient people to build at such high elevations was an open question— did they actively choose to live in the alpine tundra, or were they forced there by factors such as population pressure or climate change? This question has fueled debate among alpine archaeologists worldwide, and each summer more researchers venture high into the mountains seeking answers.

IN THE FALL OF 1995, avocational archaeologist and hunting guide Tory Taylor tripped over a bowling ball–size blue rock while taking shelter under some trees during a thunderstorm in the northern Wind River Range. Turning it over, he recognized the object as a bowl that had been carved out of soapstone. Before this, no archaeological work had ever been attempted in the Winds. Several years later, the news of Taylor’s find reached Adams, who was researching soapstone artifacts found throughout the Rocky Mountains. Adams contacted Taylor and, upon learning more about the discovery, planned a survey expedition with him to investigate the area.

In 2003, Adams, Taylor, and a group of volunteers hiked deep into the Wind River Mountains, with their equipment on horseback, for the first field season of what would become a project that is still going on 16 years later. During the initial surveys, the team recorded more than a dozen prehistoric sites above 10,000 feet. Scattered across the surface of the alpine tundra, the football field–size sites included tens of thousands of chert flakes, eroding hearths, hundreds of complete tools including scrapers, knives, and projectile points, and broken ceramic vessels and soapstone bowls. The size and number of sites discovered above the tree line indicated that hunter-gatherers had frequented the alpine terrain since the end of the Ice Age and that people had a much deeper history in the Wind River Range than had been previously realized.

While the large number of artifact-rich sites Adams discovered offered proof that ancient people had traveled in the Winds, questions remained about how the sites were actually used. Did they reflect occasional forays to higher elevations for hunting and foraging, or did they, as Adams speculated, suggest that people had established an enduring society in the mountains?