The Great Wall of Mongolia 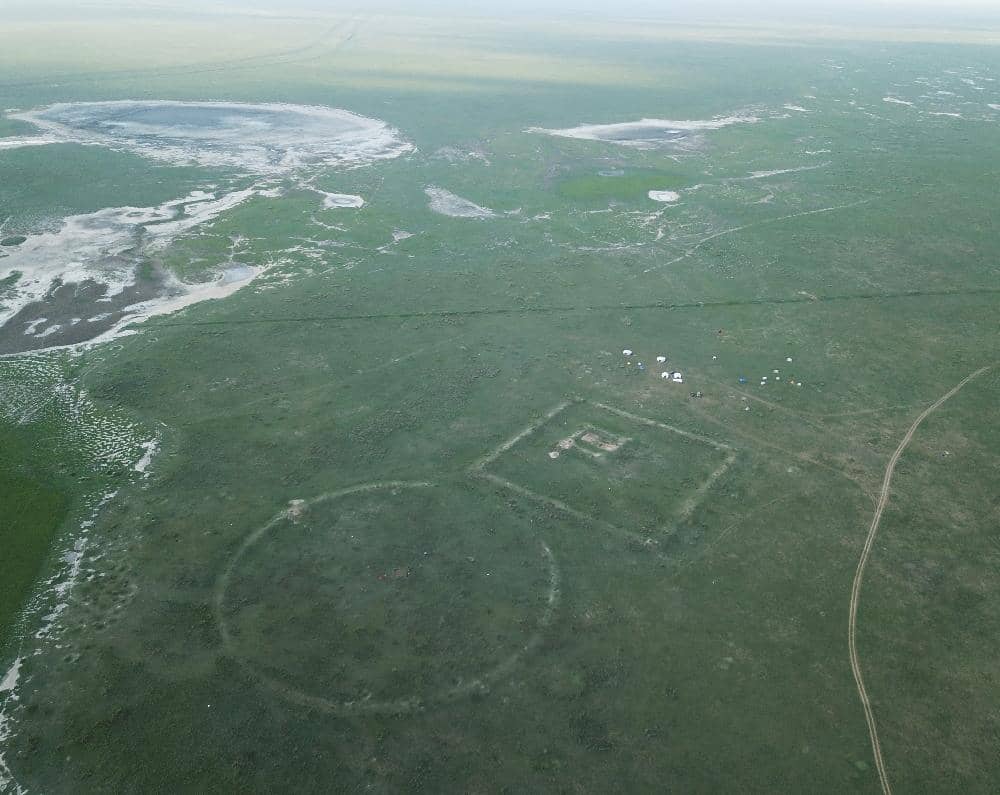 IN THE EARLY TENTH CENTURY A.D., the Khitan, a coalition of nomadic tribes native to eastern Mongolia and parts of China, took advantage of political instability in the region to establish an empire. They conquered a vast swath of northern Asia, stretching from the border of the Korean Peninsula across large portions of northern China, southern Siberia, and Mongolia. Included in their realm, which came to be known as the Liao Empire, was a significant area of traditionally Chinese territory inhabited by settled farmers, as well as great expanses occupied by various other nomadic tribes, who raised herds of horses, sheep, goats, and camels on the grassy steppe. The Khitan elite themselves continued to follow a nomadic lifestyle, honing their skills as mounted warriors and tending their own herds. The Liao emperors and their courts moved among five different capitals, where they lived in tents, and spent a good deal of time at seasonal hunting and fishing camps.

Starting with the empire’s founder, Abaoji, who united the often fractious Khitan tribes, the Liao operated an unusual hybrid government that consisted of a southern administration responsible for the heavily Chinese parts of their empire, and a northern administration that dealt with tribal areas. The former was modeled on Chinese dynasties of the time and was staffed by ranks of civil servants, many of them Chinese, selected through an exam system. The latter followed traditional Khitan practices, and those who rose to power were generally members of the royal clan, who inherited their positions. “The Liao approach was to control everyone according to what they were used to,” says Michal Biran, a historian at the Hebrew University of Jerusalem. “They controlled the nomads as nomads did, and the Chinese as the Chinese did. It worked quite well because it kept them in power for two centuries.”

The Liao had conflicts with the major powers to their south—the Goryeo Kingdom in Korea and the Song and Western Xia Dynasties in China—but eventually reached a wary detente with each of them. Managing relations with the non-Khitan nomadic tribes living within their territory and beyond, however, frequently posed confounding challenges. These tribes were required to pay taxes to the Liao, which were often delivered at assemblies where their chieftains were expected to dance for the emperor in a display of obeisance. The official history of the Liao Dynasty (907–1125), the Liao Shi, which was written during the later Yuan Dynasty (1279–1368), goes into particular detail about the relationship between the Liao and the Jurchens, a group of tribes based in Manchuria in northeastern China. The Jurchens reportedly resented their treatment at the hands of the Liao, in particular the expectation that they would provide the emperor with special gyrfalcons used in hunting, which necessitated dangerous forays into enemy territory. At the First Fish Feast in 1112, the Liao Shi relates, a Jurchen chieftain named Aguda refused to dance for the emperor, who considered executing the upstart but was talked out of it by an adviser. Inspired by Aguda’s defiance, the Jurchens banded together and went on to overthrow the Liao and establish the Jin Dynasty (1115–1234).