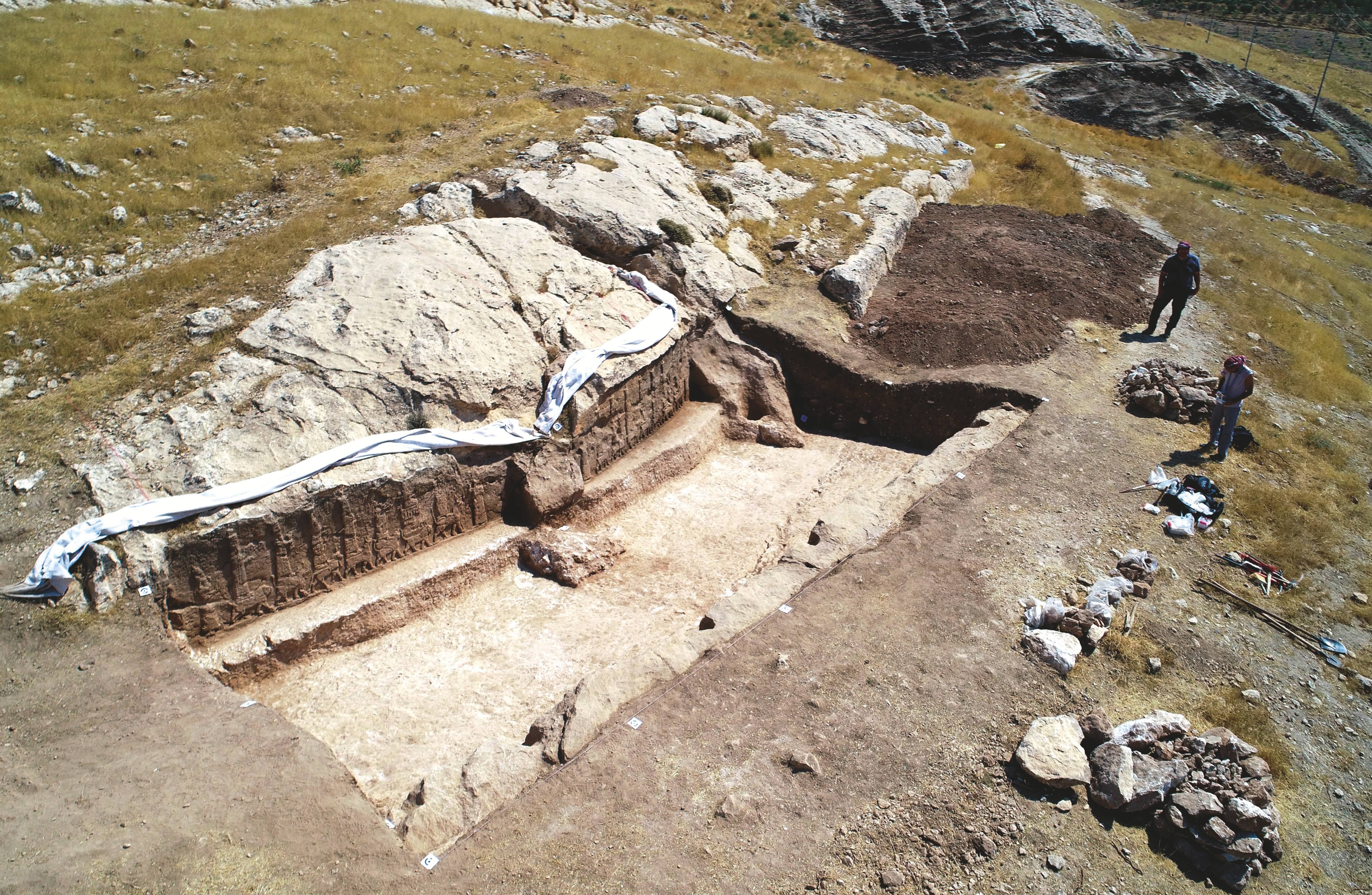 IN ANCIENT MESOPOTAMIA, irrigation was the key to civilization. Rivers such as the Tigris and Euphrates carried a plentiful flow of water, fed by snowmelt from the mountains of Anatolia to the north. However, unlike the Nile in Egypt, which flooded on a regular annual schedule that perfectly accommodated the growing seasons, Mesopotamian rivers did so unpredictably and violently. To protect against the havoc caused by untamed flooding and to provide a steady supply of water to cultivate the land, Mesopotamian kings saw the construction of irrigation systems as among their chief responsibilities. 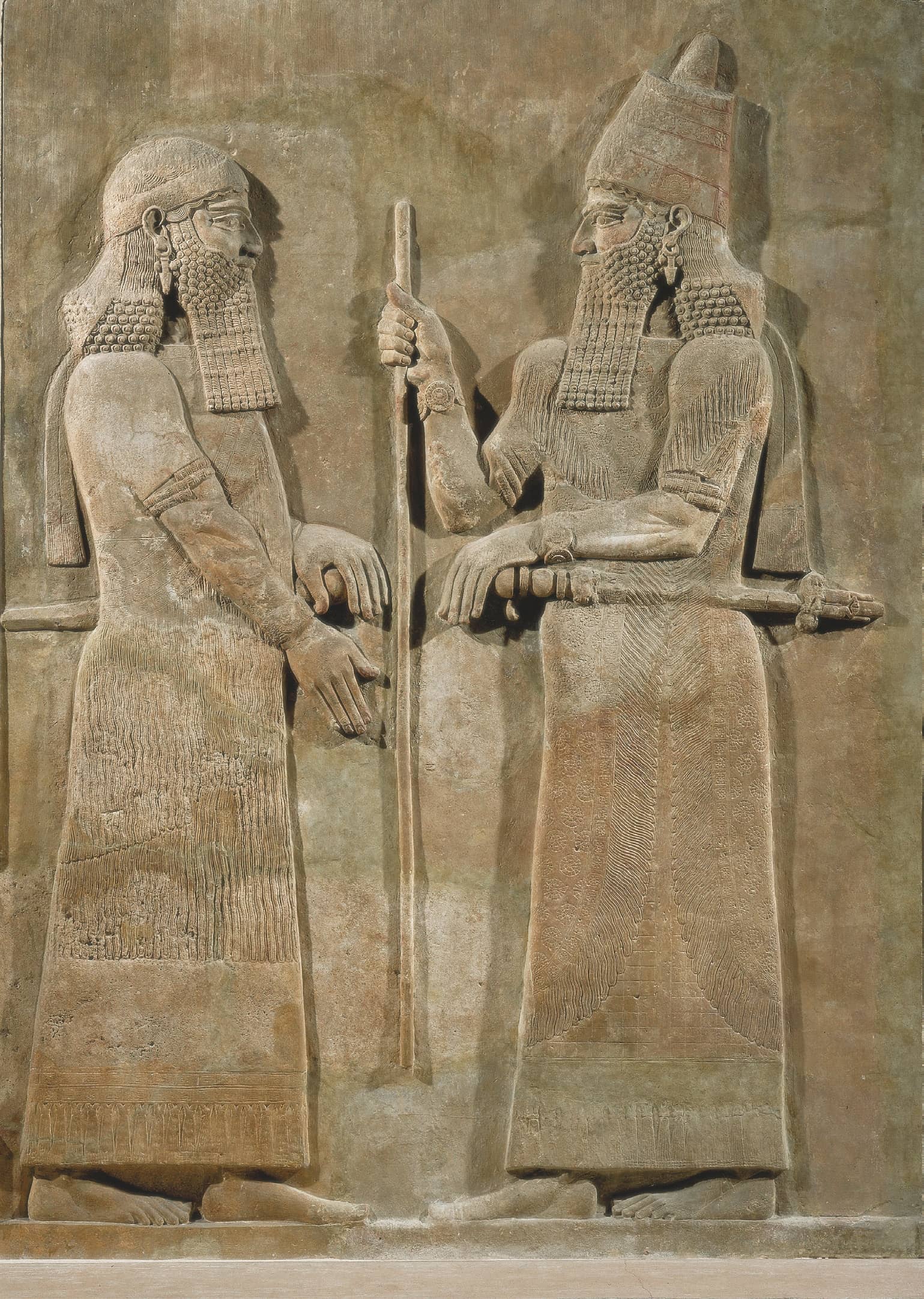 The pride rulers took in these engineering feats is made clear by a number of celebratory rock reliefs that have been discovered near irrigation projects dating to the Neo-Assyrian Empire (883–609 b.c.). At the site of Khinis, for example, where the Gomel River emerges from a narrow gorge at the foot of the Zagros Mountains, the king Sennacherib (r. 704–681 b.c.) built a dam that diverted its waters into a canal that fed into a series of waterways snaking some 60 miles in all across the plains to the walls of his new capital at Nineveh. This canal was the crown jewel in an extensive regional irrigation network the king built. To commemorate his exploits, Sennacherib commissioned monumental reliefs, along with a lengthy cuneiform inscription, carved into a cliff rising above the canal head at Khinis. In the inscription, he claims that when he founded his new capital, its unwatered fields were “woven over with spider webs” and its people “did not know artificial irrigation, but had their eyes turned for rain (and) showers from the sky.” Thanks to his new canal network, Sennacherib writes, opulent gardens bloomed at Nineveh, and the countryside grew abundant with crops.

Newly excavated Neo-Assyrian rock reliefs at the site of Faida, some 25 miles west of Khinis, also appear to enshrine the construction of a canal—though they do so in a way that archaeologists have never seen before. While no inscriptions have been found with the Faida reliefs, archaeologists believe they nevertheless conveyed a clear message to an audience that likely would not have been able to read inscriptions, even if they did exist. These were the local farmers who frequented the canal to draw water for their crops. And, unlike other known Neo-Assyrian reliefs associated with waterworks, which are confined to a single location, those at Faida stretch over at least a mile of the canal’s length, blanketing the countryside. “We don’t know anything that is really comparable with it,” says Daniele 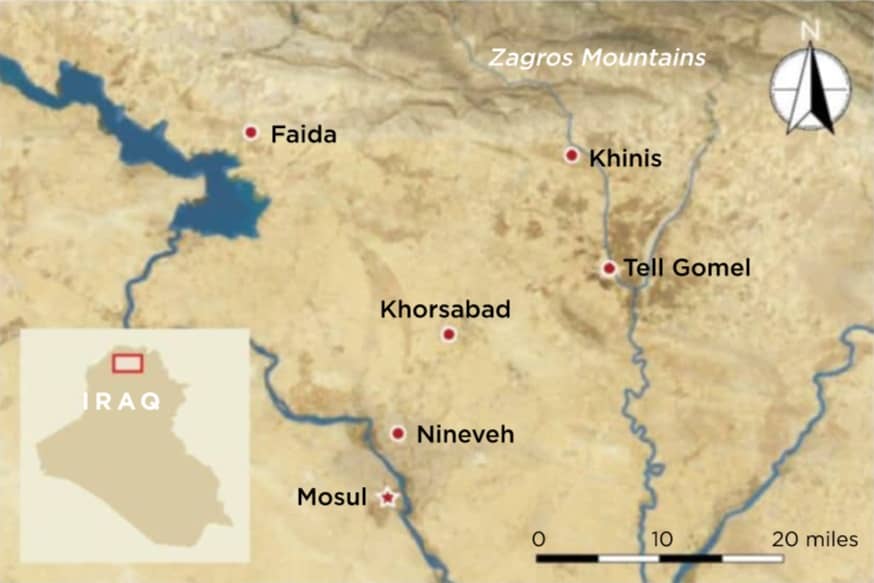