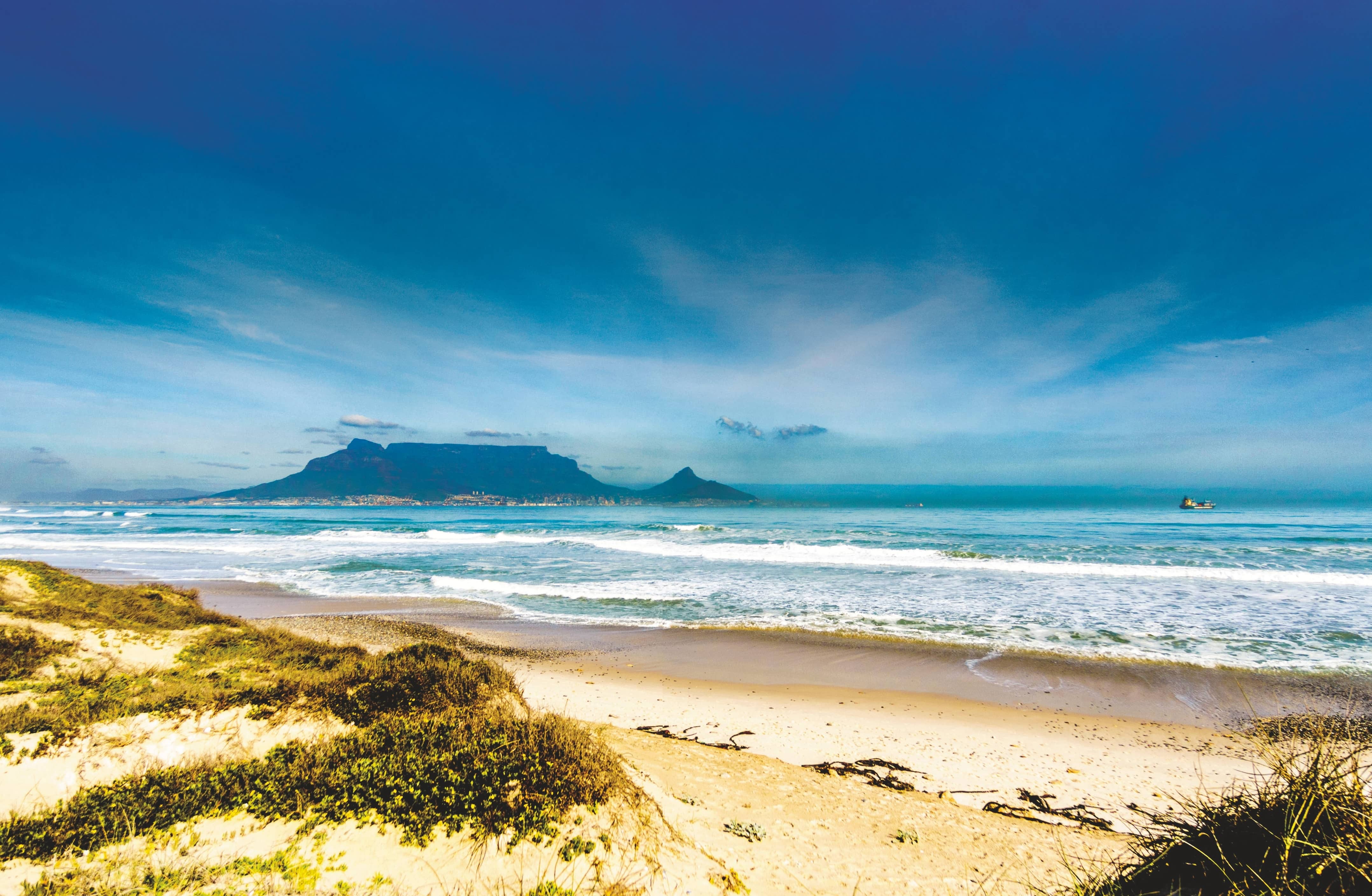 Perhaps inspired by classical texts hinting at the possibility of reaching the Indian Ocean by sailing around the southern tip of Africa, and eager to exploit the riches of the East, Portuguese explorers Bartolomeu Dias and Vasco da Gama became the first Europeans to round the Cape of Good Hope—Dias in 1488 and da Gama on his journey to India in 1497. The success of da Gama’s voyage revolutionized global trade, quickly rendering the millennia-old land routes of the Silk Road obsolete and spurring centuries of mercantile competition. European royal courts and merchant houses began to jostle for shares of land and goods on the African continent and all around the Indian Ocean. It was in this context that, in 1647, a Dutch East India Company ship ran aground in Table Bay, off the coast of what is now South Africa. Survivors of that shipwreck established a campsite that grew into a permanent way station for vessels traveling between Europe and the East Indies and, eventually, became the modern city of Cape Town. After decades of archival research, excavations, and geophysical survey, archaeologists now believe they have found the locations of both the wreck and the survivors’ camp, providing an opportunity to reexamine the founding of the city and a pivotal moment in the history of South Africa.

When Dutch underwater archaeologist Bruno Werz first arrived in South Africa in the late 1980s to teach at the University of Cape Town, he received a phone call from a member of the public who said she thought she had located the wreck of Haarlem, a Dutch East Indiaman that is recorded to have foundered shortly after 5 p.m. on March 25, 1647. While the woman turned out to be mistaken, Werz was intrigued. “I went to the library to study the literature and I found that a lot of secondary material that had been written about the Haarlem was incorrect and that authors had been copying each other’s mistakes,” he says. Returning to the Netherlands to scour the national archives, he found contemporaneous documents, including part of the journal of Haarlem’s junior merchant, Leendert Jansz, describing the incident and the location of the wreck. “A lot of historians writing about the Haarlem mention a storm, but they're actually was no storm,” Werz says. Rather, on entering Table Bay, the vessel attempted to line up alongside another Dutch East India Company ship at the roadstead—a protected stretch of water where ships can ride at anchor. But the wind picked up suddenly and caught in the long sails, launching the boat into shallow waters and grounding it. Records also indicate that the rudder malfunctioned. “Jansz describes the moment they got stuck and the extent of the damage,” says Werz. “He said it would be ‘no more possible to refloat the ship than to count the stars.’”

Werz, who is now CEO of the African Institute for Marine and Underwater Research, Exploration, and Education, began his search for Haarlem by first trying to locate the survivors’ camp. In the mid-1990s, after years of walking Table Bay Beach, he identified a site that looked promising—a depression in the dunes that fit with contemporaneous descriptions and maps. “We didn’t find much there,” he says, “and certainly no hard proof that that was the location of the campsite.” Magnetometer surveys of the area conducted a few years later similarly resulted in disappointment, detecting what turned out to be a nineteenth-century shipwreck and the remains of an old pipeline.