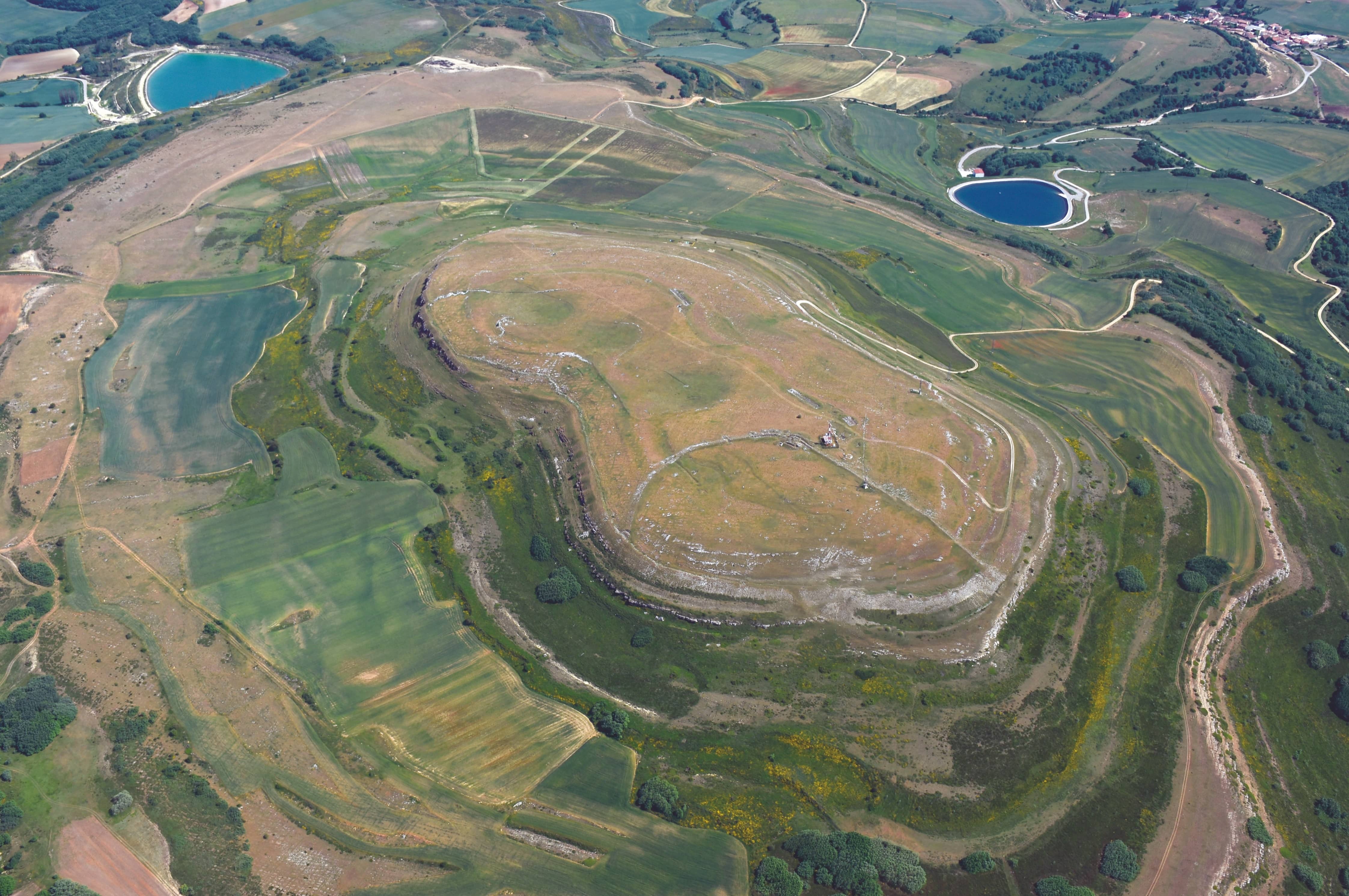 “In the west almost all Spain had been subjugated, except that part which adjoins the cliffs where the Pyrenees end and is washed by the nearer waters of the Ocean. Here two powerful nations, the Cantabrians and the Asturians lived in freedom from the rule of Rome.”—Second-century a.d. Roman historian Florus, Epitome of Roman History

By the final decades of the first-century b.c., Rome had grown from a small city-state on the Italian Peninsula into a vast empire whose territories completely encompassed the shores of the Mediterranean Sea. Its possessions extended inland as well, as much of Western Europe had succumbed to the relentlessly advancing Roman armies. Yet one small region remained impervious to Roman rule. This was a narrow swath of mountainous terrain wedged between the Northern Meseta and the Bay of Biscay, home to two Celtic tribes: the Cantabrians and the Asturians.

Rome began its conquest of Iberia in 218 b.c., but by the time Augustus (r. 27 b.c.–a.d. 14) became emperor nearly two centuries later, this geographical pocket alone remained unconquered. In matters of war, the Romans did not suffer failure lightly, and in 26 b.c., they finally launched what would prove to be a decisive campaign to annex the territory. As part of a violent 10-year conflict now called the Cantabrian Wars, Roman legions camped in front of the walls of a site known today as Monte Bernorio. Situated along the southern border of the Cantabrians’ territory, this indigenous stronghold was vital to the continued independence of this notoriously bellicose people, as it safeguarded the roads and the mountain passes that led into their heartland. In the end, it would fall, and, so in turn would the rest of free Iberia.

Two thousand years later, archaeologists working at Monte Bernorio have come face-to-face with the devastation left in Rome’s wake. “When we began excavating, the first thing we found was a level of destruction,” says archaeologist Jesús Torres-Martínez, president of the Monte Bernorio Institute of Ancient Studies of the Cantabric. “It was obvious to us that the city had been destroyed by Roman troops, and that the event was extremely violent.”

Archaeologists had briefly worked at the site in the middle of the twentieth century, but when Torres-Martínez began his project, Monte Bernorio in Its Environment, in the early 2000s, it was the first major undertaking there in nearly half a century. He has been joined in recent years by project codirector Manuel Fernández-Götz of the University of Edinburgh, and their team has learned that there is much more to the story of Monte Bernorio than just its cataclysmic end. Their recent work has provided novel insights into the critical role the settlement played during the Cantabrian Wars, how the final battle unfolded, and how Monte Bernorio’s inhabitants made a brave, yet ultimately futile, last stand.

The iron age settlement of Monte Bernorio sits atop a nearly 4,000-foot-high limestone plateau in the foothills of the Cantabrian Mountains. Established as early as the ninth or eighth-century b.c., the once-small site expanded gradually throughout the first-millennium b.c. as circular and rectangular huts were built on the 70-acre acropolis. By the end of the first-century b.c., it had developed into a powerful oppidum, a type of large fortified settlement common in Iron Age Celtic Europe from Britain to Hungary. These forts were typically built in strategic locations such as hilltops, and often controlled important trade and communication routes. 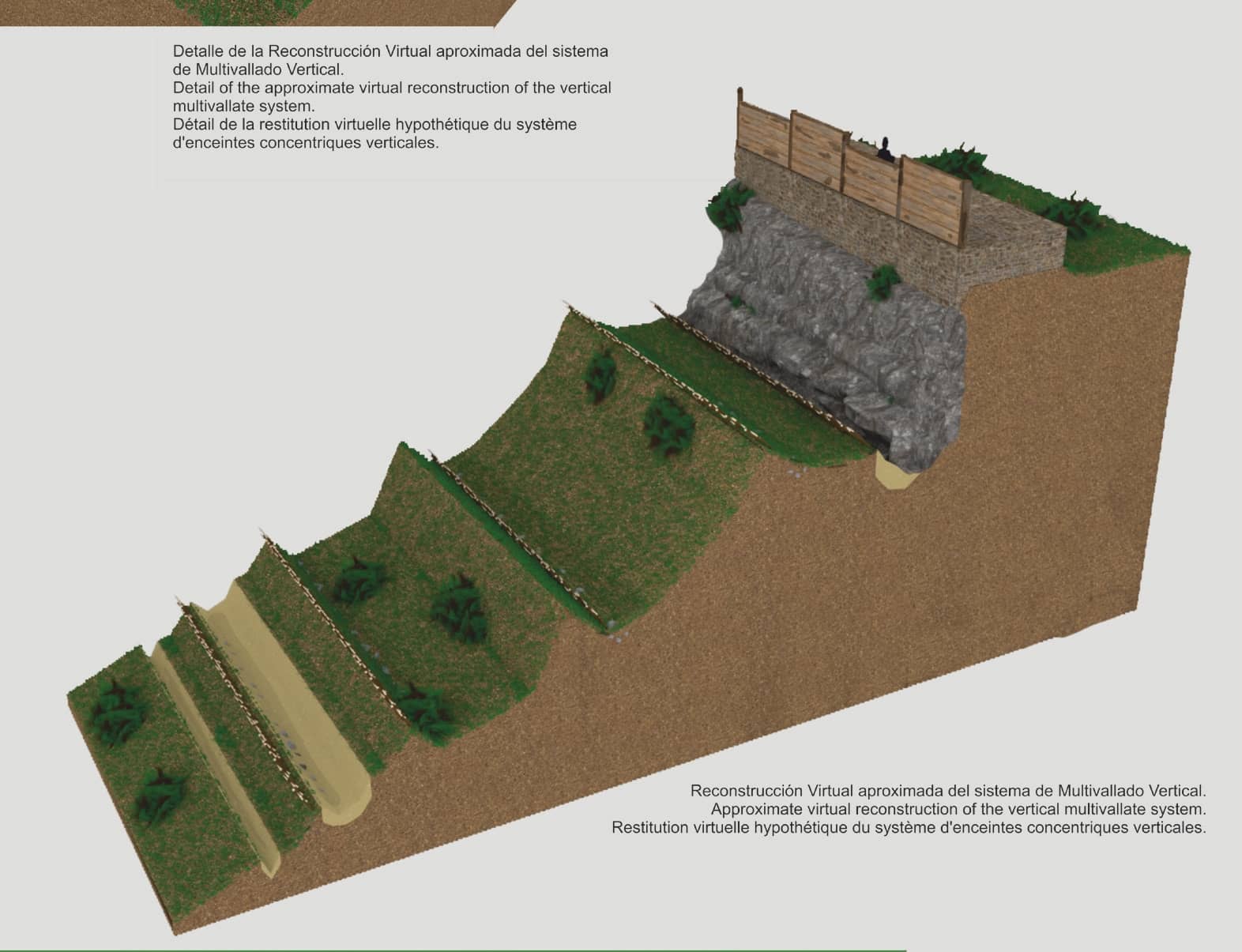 Although ancient Roman writers frequently characterized northern Iberians, including the Cantabrians—who had fought both against the Romans and with them as mercenaries—as savage, uncivilized, and overwhelmingly belligerent in nature, excavations over the past two decades have provided a different perspective. Finely crafted metal tools and weapons, ceramic vessels, and bone and stone artifacts found at Monte Bernorio indicate that the Cantabrians were skilled artisans. The remains of quern stones, which were used to grind cereals, and the bones of domesticated animals including pigs, sheep, and cattle attest to the agrarian side of this Iron Age society. Glass beads and other imported items are evidence that they were also part of long-distance trade networks. A rare inscribed document known as a tessera hospitals, written in the Iberian alphabet, demonstrates that not only were these Pre-Roman Cantabrians literate but confirms that they spoke a Celtic language. Contrary to Roman opinion at the time, these were not barbarians, but members of a sophisticated and complex society.

It is difficult to estimate how many people made Monte Bernorio their permanent home at a given time—perhaps hundreds, or even thousands. One of the defining characteristics of Iron Age oppida was their great size—yet even by these standards, Monte Bernorio is exceptional. “To our knowledge, it is the second-largest site of the first-millennium b.c. on the entire Iberian Peninsula,” says Fernández-Götz. “It’s one of the most important oppida not only in Spain, but in all of Europe.” But according to Fernández-Götz, the settlement could also have functioned as an assembly site drawing people from across the region. “The oppidum probably had the role of a central place for the rural population of a much wider environment,” he says. “For example, it may have been used as a place of refuge during a war or as a market or religious center.” 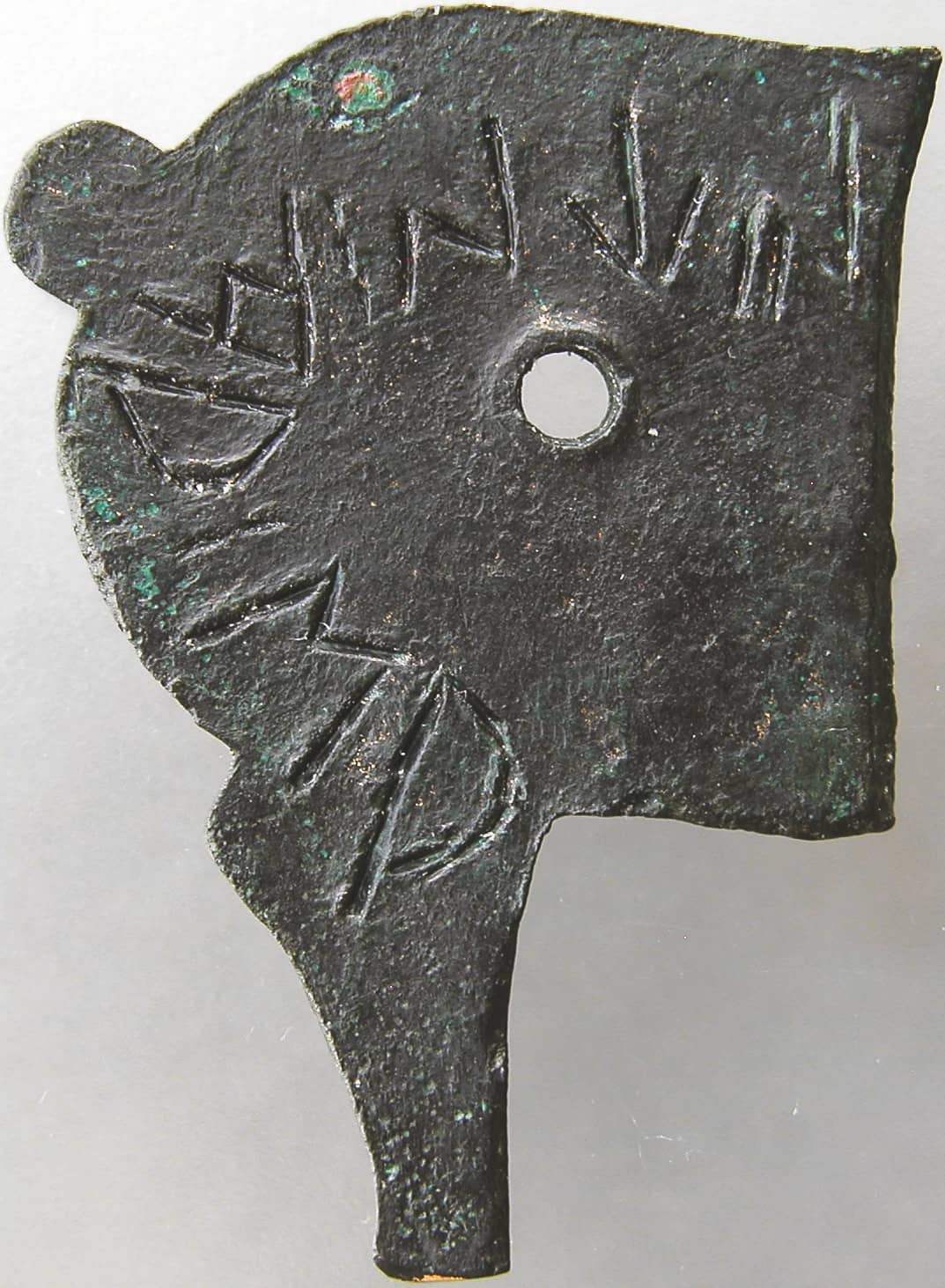 Monte Bernorio’s importance as a refuge, especially in the context of the Cantabrian Wars, is just beginning to be understood thanks to Torres-Martínez and Fernández-Götz’s recent archaeological work. By uncovering and examining sections of the city’s impressive fortification system, they have shown the tremendous attention and resources that Monte Bernorio’s residents invested in its defensive infrastructure.