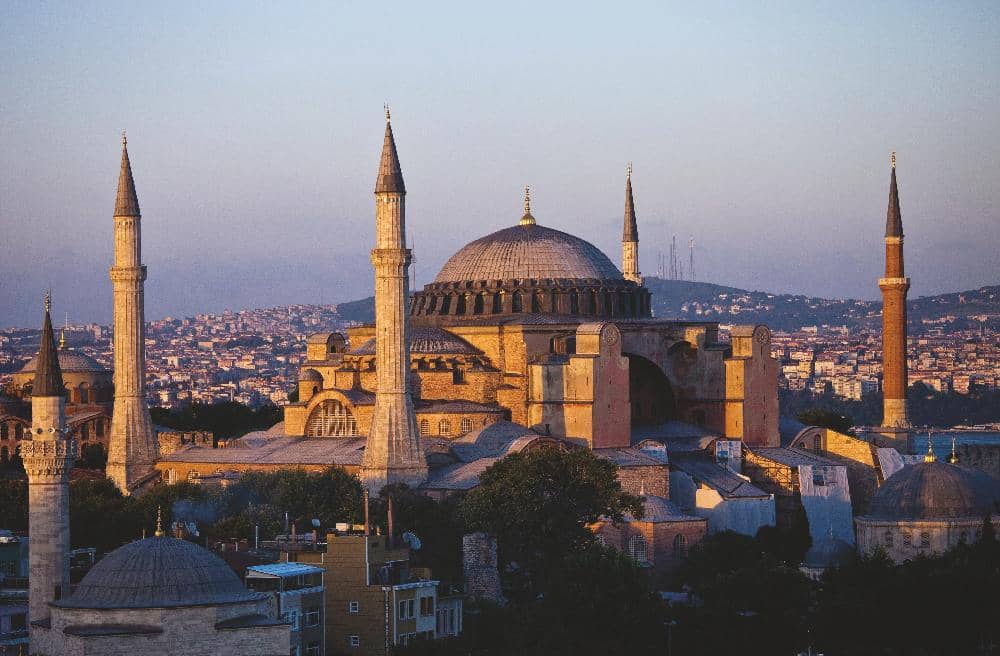 BENJAMIN LEONARD
IN HIS ACCOUNT of the extensive building program undertaken by the Byzantine emperor Justinian I, the sixth-century a.d. Greek historian Procopius describes the architectural splendor of Hagia Sophia, the towering cathedral of the capital city of Constantinople:

The church has become a spectacle of marvelous beauty, overwhelming to those who see it, but to those who know it by hearsay altogether incredible. For it soars to a height to match the sky, and as if surging up from amongst the other buildings, it stands on high and looks down upon the remainder of the city.

Completed in 537, Hagia Sophia (“Holy Wisdom”) is, in both style and scale, an architectural marvel. As a physical manifestation of the emperor’s personal authority, it also signified an increasingly close relationship between the state and the Byzantine Church that had begun two centuries earlier, during the reign of the emperor Constantine (r. 306–337). In 326, he had founded his eponymous city, Constantinople, and shifted his imperial operations there, a strategic move that enabled communication between the Roman Empire’s western and eastern parts. The latter encompassed the Balkan Peninsula, Anatolia, the Levant, northern Mesopotamia, and Egypt. By the fourth century, the city already had a bishop and attendant religious administration. “Constantine began a process, which quickened considerably with legislative changes in the late fourth and fifth centuries, that reduced the appeal of polytheistic pagan religions and moved Christianity from an outlawed sect to the official state religion by the early fifth century,” says art historian Joseph Alchermes of Connecticut College. Under Justinian I (r. 527–565), Constantinople’s bishop became one of four patriarchs who oversaw Christian worship throughout the Mediterranean world.

Hagia Sophia was built next to the imperial palace, making it not only the religious heart of the city but also the seat of secular governance. “Hagia Sophia was a center for imperial and patriarchal authority in a city and an empire in which the state and the Church were very closely intertwined,” says archaeologist Ken Dark of the University of Reading. “The emperor was integrated into the state religion, but, more than that, the Church pervaded every aspect of Byzantine life. Byzantine imperial and aristocratic architecture was used not only to symbolize status and power, but also more specifically to promote political programs about identity and the relationship between the state and the broader population.”

Although Hagia Sophia is no longer a church, but rather a museum, it is still the defining landmark of the modern city of Istanbul, and continues to captivate scholars and visitors in much the same way it awed Procopius nearly 1,500 years ago. Since the Renaissance, art and architectural historians have exhaustively studied the cathedral’s feats of engineering, lavish golden mosaics, and multicolored marbled interior. Relatively little scholarly attention, however, has been paid to the buildings that once surrounded it. “Hagia Sophia was part of a much larger ecclesiastical complex of which the church was the most important, but by no means the only building,” Dark says. “It was not even the only big building.” 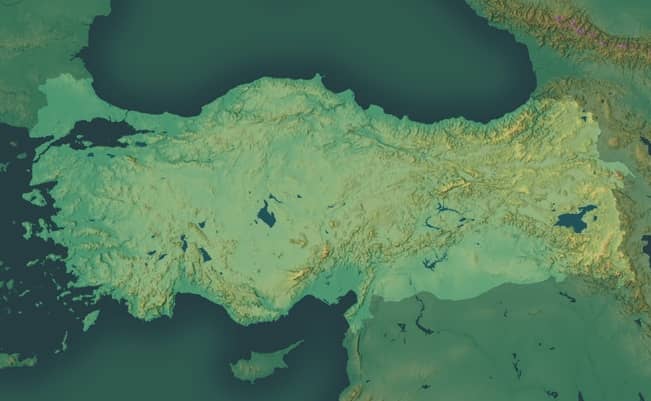 The patriarch of Constantinople was the head of the ecclesiastical institution, called the Patriarchate, that was housed in this complex. At its center was a large structure called the Patriarchal Palace, which served as the administrative hub of the Church in the Byzantine Empire from its construction until the Ottomans captured Constantinople in 1453, sounding the death knell for the Eastern Roman Empire. The Ottomans razed much of the complex and converted Hagia Sophia to a mosque, adding the four minarets that still stand today. Periodic excavations throughout the twentieth century uncovered remnants of Byzantine structures surrounding the original church building, but didn’t lead to broader exploration.

In the late 1990s, Turkish authorities began restoration work in and around Hagia Sophia that included dismantling some Ottoman-era structures. This offered an unprecedented opportunity. At the Turks’ invitation, from 2004 to 2018, Dark and architectural historian Jan Kostenec of the Czech Center for Mediterranean Archaeology surveyed Hagia Sophia and its environs. “It was almost universally assumed that we knew everything there was to know about the cathedral,” says Dark. “The moment we started identifying new material from the actual church, it became quite clear that there was a lot more to learn about the building and the people who built it, as well as about the surroundings where the rest of the great ecclesiastical complex in the center of the Byzantine capital actually stood.” 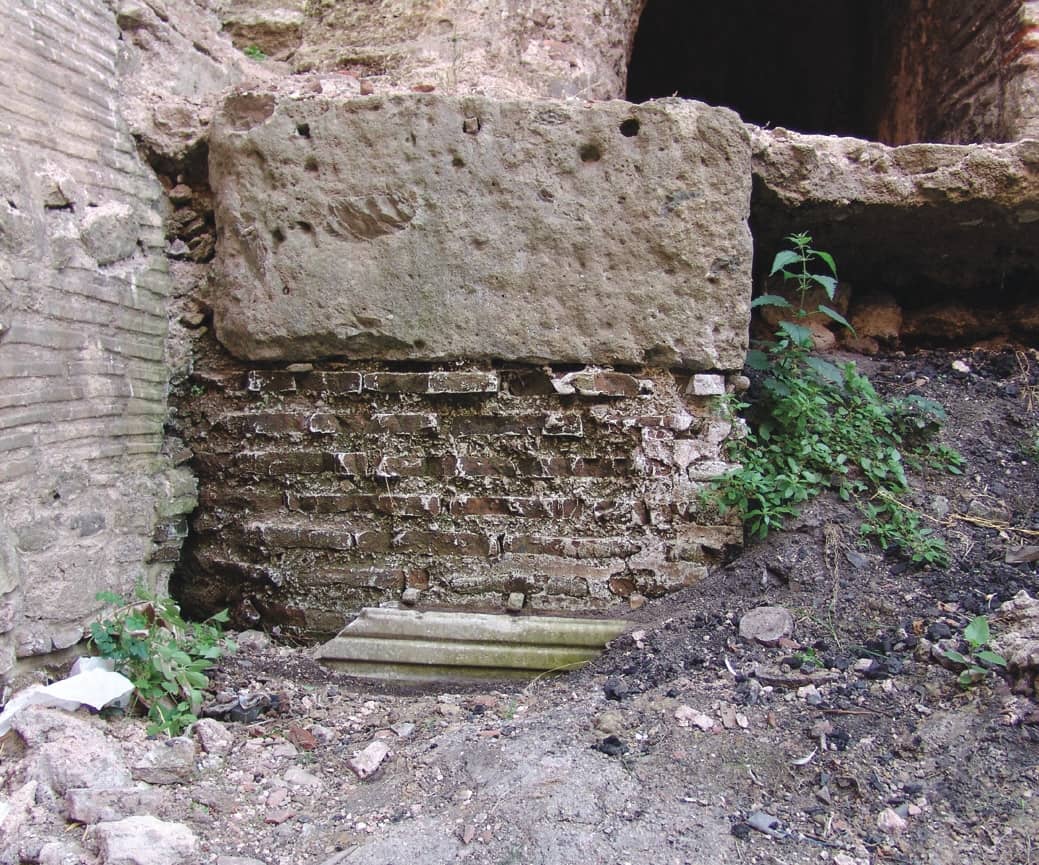