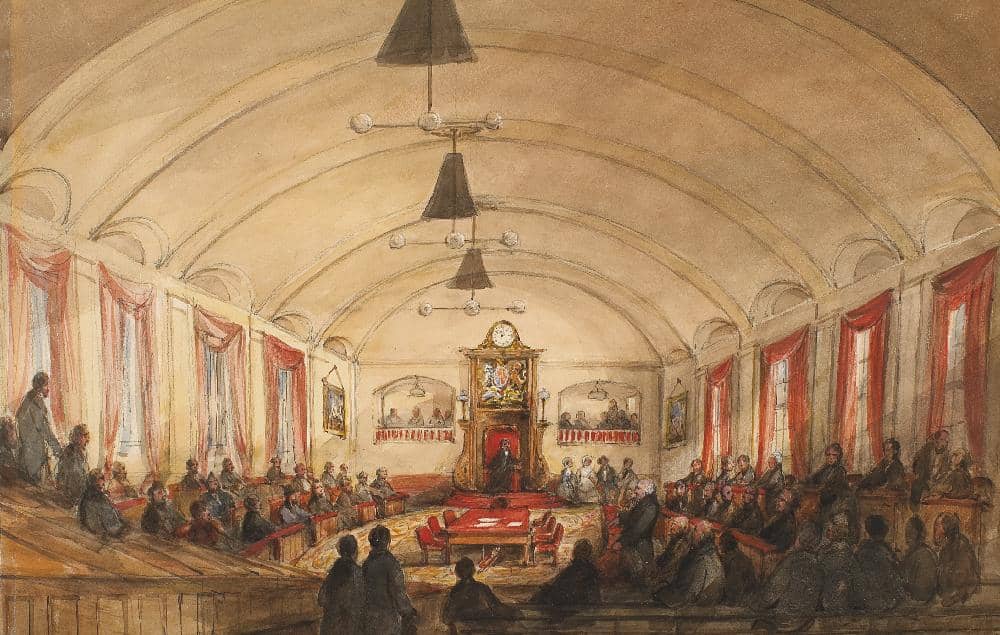 Beneath the streets of Old Montreal, the rubble of a short-lived Parliament building offers a glimpse into a young country’s growing pains

IN THE LATE 1980s or early 1990s, Canadian politician Robert Kaplan was driving through upstate New York on his way from Toronto to his apartment in New York City. As he often did, he stopped to browse through the antiques at a flea market off the New York State Thruway. There, a Quebecois vendor showed his fellow Canadian a special item. It was a badly damaged three-foot-tall wooden carving depicting a lion and a unicorn as well as emblems representing England, Scotland, and Ireland. The antiques dealer shared a secret about its history that had been passed down in his family for generations. He told Kaplan that the object was the official royal coat of arms that had once hung in the old Province of Canada’s Parliament building in Montreal and that it had been pillaged when a violent politicized mob burned the building to the ground in 1849. Kaplan, like most modern-day Canadians, was largely unfamiliar with that incident.

Although he was skeptical about its origins, Kaplan nonetheless purchased the piece. He hung it on his wall and didn’t give it much thought for almost two decades—that is, until 2011, when he read an article in a Canadian newspaper announcing the excavation of a long-forgotten former Parliament building in Montreal that had supposedly been destroyed in the nineteenth century. At that moment he began to wonder whether the antiques seller had been telling the truth those many years ago, and whether he had in his possession an arcane piece of Canadian history.

Kaplan contacted Montreal’s Archaeology and History Complex, Pointe-à-Callière, the museum conducting the excavations, and shared the alleged backstory of his unusual relic. He offered to donate it to the institution for further research. The museum’s chief archaeologist, Louise Pothier, examined the object and began to delve into historical archives, searching for any reference to or image of the piece. When she came across an old watercolor painting of the Montreal Parliament’s Legislative Assembly chamber, she was stunned. There, hanging above the assembly speaker’s chair, was the coat of arms of the British monarchy. Its dimensions, colors, and composition perfectly matched the one on the table in front of her. “It was amazing, I couldn’t believe it,” Pothier says. “I realized there was an extremely strong possibility that it was the same coat of arms that was in the Parliament when a fire destroyed the building.” 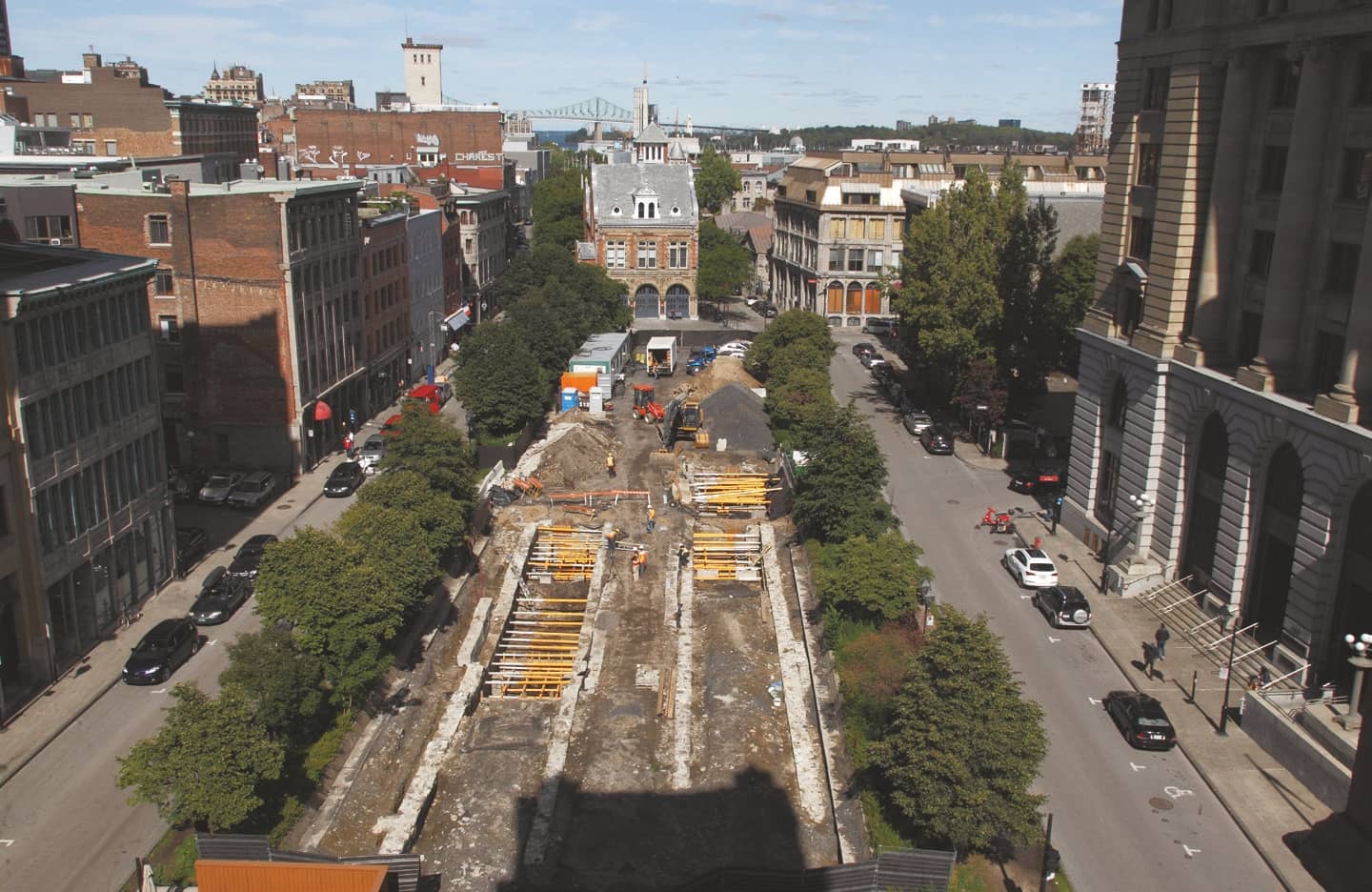 Now, almost a decade later, that episode is no longer the obscure historical footnote it once was, thanks to the efforts of the Pointe-à-Callière, which led a series of campaigns to uncover the remnants of the old Parliament building. Researchers are also poring over historical documents and eyewitness accounts to better understand how and why the events of the night in 1849 when the building burned unfolded as they did. In the process, they have reintroduced Montreal’s own citizens, and Canadians everywhere, to a marginalized part of the nation’s history. “When we first started, people didn’t know about the existence of the site,” says Pothier. “It was a very well-kept secret.”

The possible reason why most people may have been unfamiliar with the existence of Montreal’s old Parliament is because the city’s stint as a capital was short-lived and ended in something of a national embarrassment. In a sense, it was neatly swept under the historical rug. Even some Canadians may still be unaware that Ottawa has not always been their nation’s capital. “Many people, even Montreal citizens, don’t know that Montreal was selected as the first capital of United-Canada,” says Hendrik Van Gijseghem, project manager in archaeology and history at the Pointe-à-Callière. “This chapter in the history of Canada has been largely forgotten as a shameful episode.”

The period when Montreal was the capital, from 1843 to 1849, was a turbulent time in Canadian politics, during which polarized parties fought over the direction that provincial policies should follow. On April 25, 1849, when one faction of the citizenry became enraged at a newly proposed government bill, they barged into Parliament’s chambers—with the politicians still in session—ransacked its halls, and lit it on fire. The building crumbled, the capital was transferred to another, less tempestuous city, and by the next century the whole tumultuous affair was barely more than a historical afterthought. 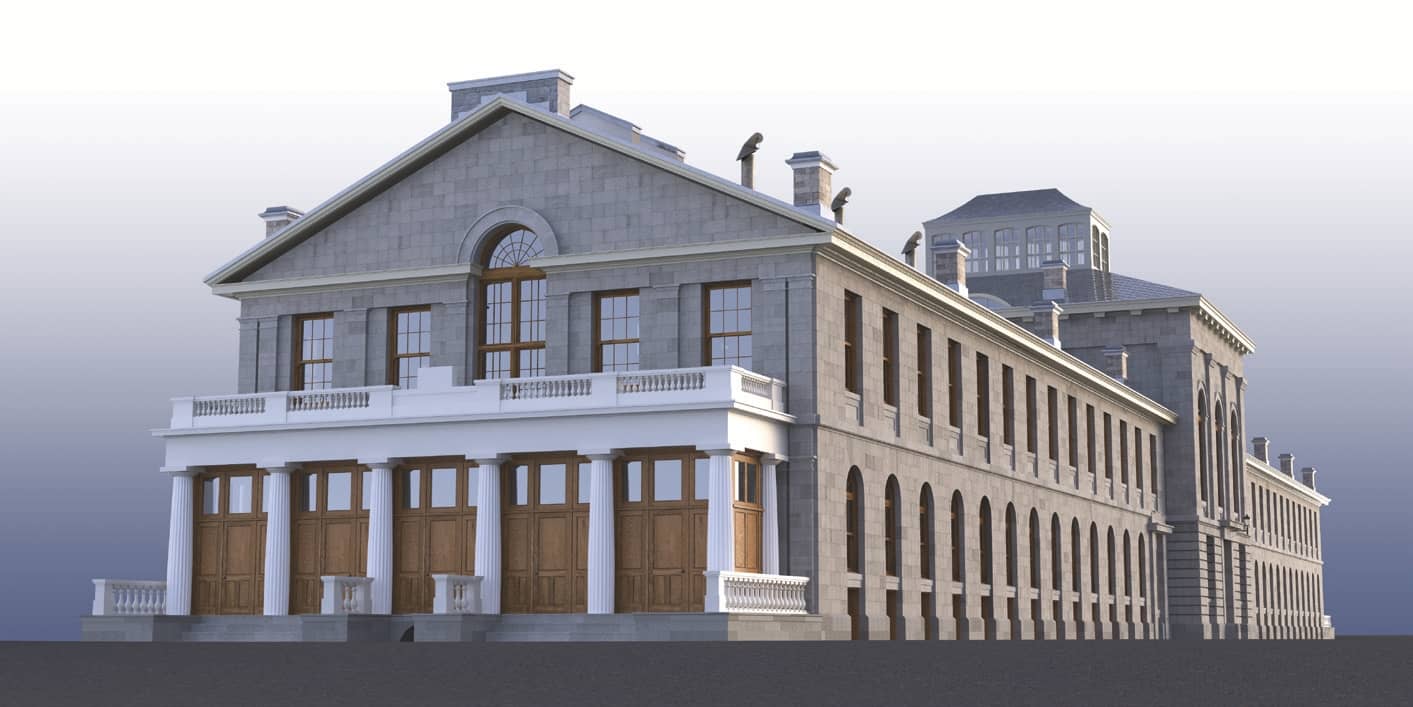 THAT WAS THE SITUATION until the early 1990s. Until then, the burned-down Parliament building had remained unceremoniously buried 15 feet beneath the openair Place d’Youville in Old Montreal, receiving little to no attention. Tourists and residents alike unwittingly walked atop its ruins. An immense active sewer that ran beneath the site made large-scale building projects requiring deep foundations impossible. Thus, the area was spared from the modern construction that touched other parts of the city. For most of the twentieth century, the site was a parking lot, which did little damage to the archaeological material below. In 1989, the sewer was decommissioned, and developers immediately jumped at the opportunity to build on the newly available prime real estate. A few local scholars, however, knew the story of the old Parliament. “City historians and archaeologists started saying, ‘Wait a minute, isn’t that the site of the old Parliament that we haven’t really thought about very much since it was destroyed?’” says Van Gijseghem.