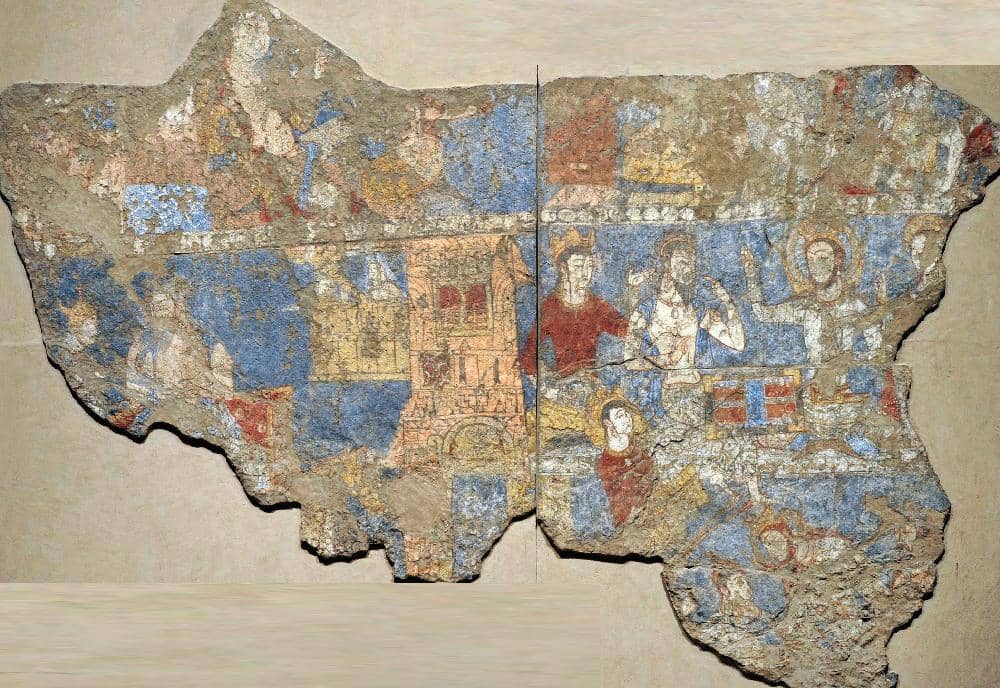 Excavations in Tajikistan have unveiled a city of merchant princes that flourished from the fifth to the eighth century A.D.

By Erica A. Powell

THE SILK ROAD, the vast network of trade routes that connected China to the rest of Eurasia from roughly the first century B.C. to A.D. 1400, was justly famous in the West for the rich silk textiles it carried to the Mediterranean world. “But it could just as easily have been called the Jade Road, the Glass Road, or even the Rhubarb Road,” says art historian Judith Lerner of the Institute for the Study of the Ancient World at New York University. Such was the variety of commodities—raw silk, glass, spices, finished metalwork, ceramics, and much more—that any one of dozens of goods could have given the route its name. The Sacred Road, too, might once have been a fitting appellation. Christian and Buddhist missionaries, among others, used Silk Road caravans to cross the Asian continent. And from the fifth to the eighth century a.d., the overland trade routes that crossed through Central Asia might also have been called the Sogdian Road. An East Iranian people who lived in what is now Uzbekistan and Tajikistan, the Sogdians were, for a time, the leading merchants of the Silk Road. “The Sogdians achieved great influence via trade,” says Lerner. “The Chinese even had a saying: ‘When a Sogdian child is born, his mother puts honey on his tongue so that he will speak sweetly and glue on his palm so that money will stick to it.’”

The Sogdians were more than quick-witted intermediaries. At their height, their sophisticated culture, skilled diplomacy, and mercantile power helped shape the greater world around them. “You could describe the Sogdians as the first internationalists or globalists,” says Lerner. Sogdian diplomats, translators, artists, craftspeople, and entertainers traveled in the caravans that ventured along the Silk Road and settled in merchant colonies along the route in Central Asia and China. Sogdian was the lingua franca of the Silk Road, and, for a time, a vogue for all things Sogdian swept Tang Dynasty (a.d. 618–906) China. Chinese courtiers and concubines adopted Sogdian fashions, and the many Tang Dynasty depictions of Sogdian musicians suggest their performances were in high demand. For a time, a craze for an ecstatic dance known as the “Sogdian Whirl” swept the country, and Sogdian dancers became a popular motif in Chinese art that lasted long after Sogdians themselves had been assimilated. Indeed, in the mid eighth century, a half-Sogdian general named An Lushan, who was reputed to weigh 400 pounds, was known for delighting the Chinese imperial court with his version of the Sogdian Whirl. In turn, the people of Sogdiana were highly receptive to outside ideas, religions, and artistic styles from China, India, and even the Byzantine Empire. 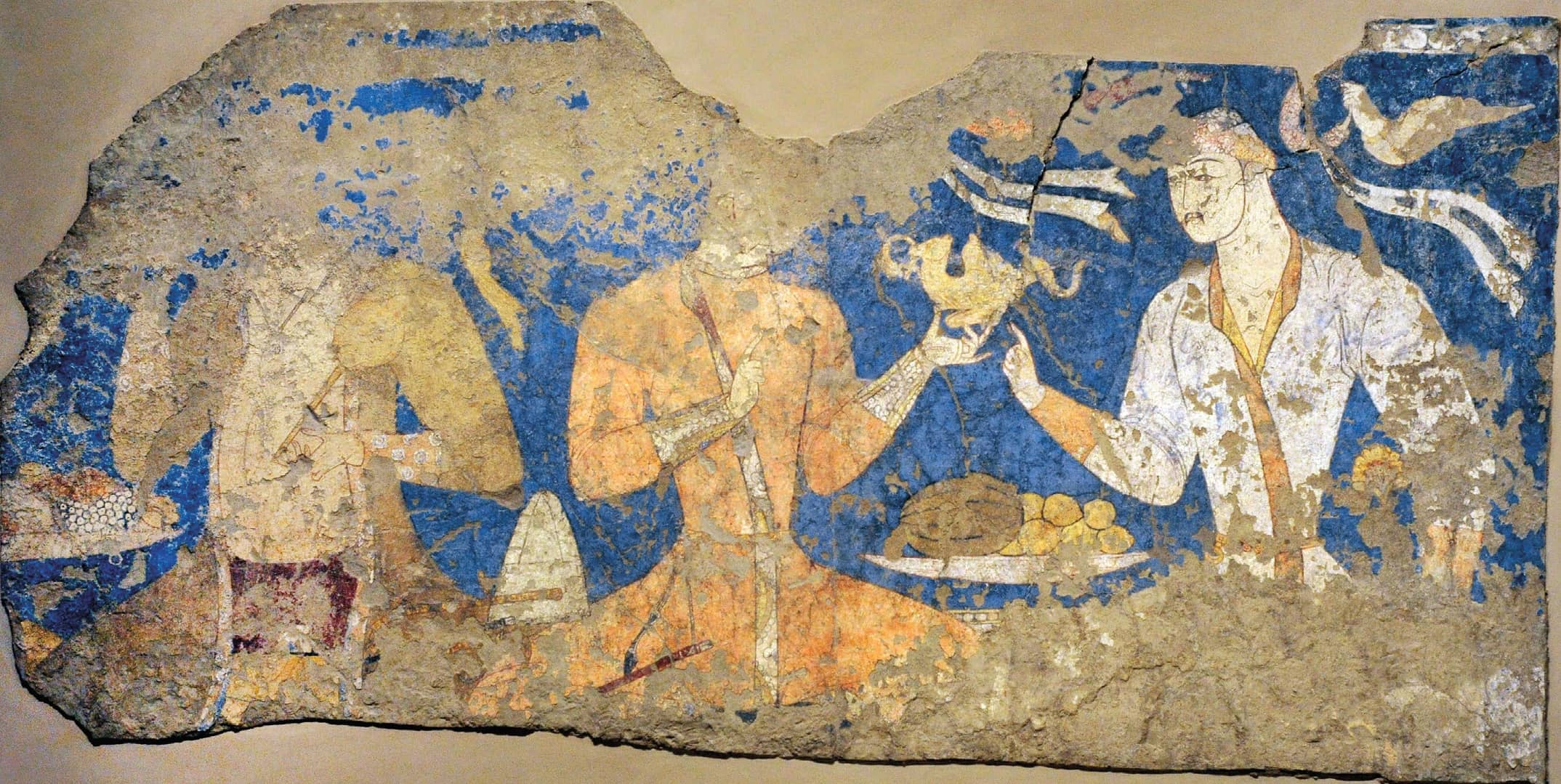 At home in Central Asia, the Sogdians lived in a number of independent city-states clustered around the Zeravshan Valley and the oases of modern-day Uzbekistan. “These states can be compared to the Italian city-states of the Renaissance, each with its own ruling family, laws, and government,” says Lerner. “In fact, the analogy can be taken further when we think of these cities’ rulers as ‘merchant princes’ since that is how the Sogdians derived their wealth.” Samarkand was one of the largest and most prosperous of these cities. Some 60 miles to the east, the much smaller city of Panjakent was a satellite of sorts to Samarkand, but supported its own vibrant economy.

Today, the mudbrick ruins of Panjakent’s citadel, palaces, and temples survive behind formidable city walls that rise about three miles from the banks of the Zeravshan River in the present-day Sughd—itself the Sogdian word for Sogdiana—province of northern Tajikistan. For more than 70 years, excavations carried out there almost continuously by Soviet and then Russian and Tajik archaeologists have revealed the rich texture of Sogdian city life. Though several Sogdian cities have been excavated, much of what scholars know about Sogdiana is based on documents and artifacts recovered from towns along the Silk Road and in China. The excavations in Panjakent, now under the supervision of archaeologist and philologist Pavel Lurje of the State Hermitage Museum in St. Petersburg, offer a vivid glimpse of what the Sogdians were like in their homeland. In particular, dramatic murals depicting myths, fables, and everyday scenes characterize the world of the Sogdian imagination. “We find murals in almost every field season,” says Lurje. “It’s one of the reasons archaeologists have worked at the site for so many years.” Aleksandr Naymark, an archaeologist at Hofstra University who excavated at the site in the 1980s, says that the analogy of Sogdian merchants to Renaissance Italians is especially fitting given the dizzying array of murals that have been unearthed at Panjakent. “In northern Italy during the Renaissance you had this merchant class whose extreme wealth led to an exceptionally creative period, especially in narrative art,” says Naymark. “The Sogdian merchants enabled the same kind of burst of creativity, which you see in these murals.” 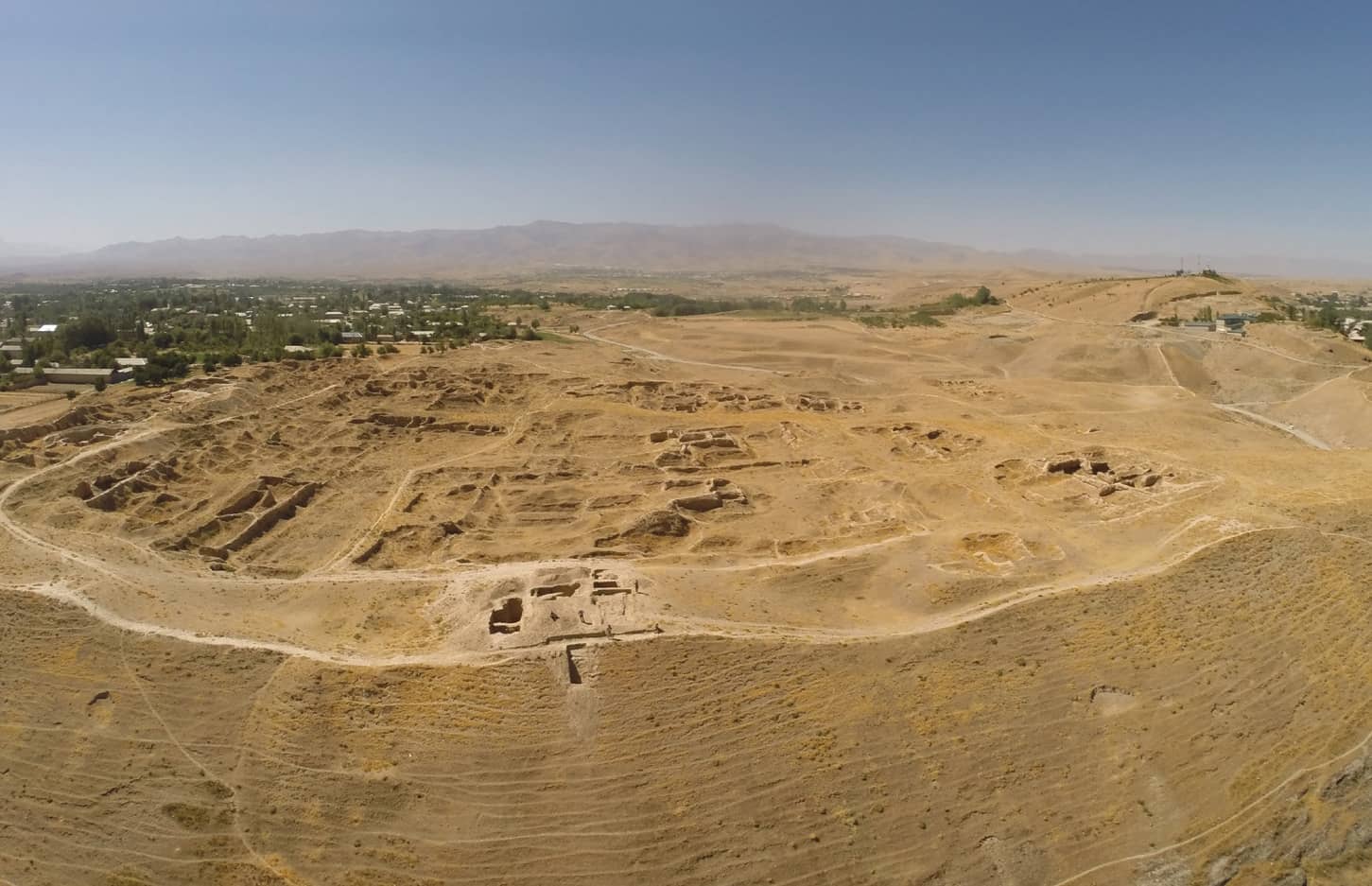