A Path To Freedom 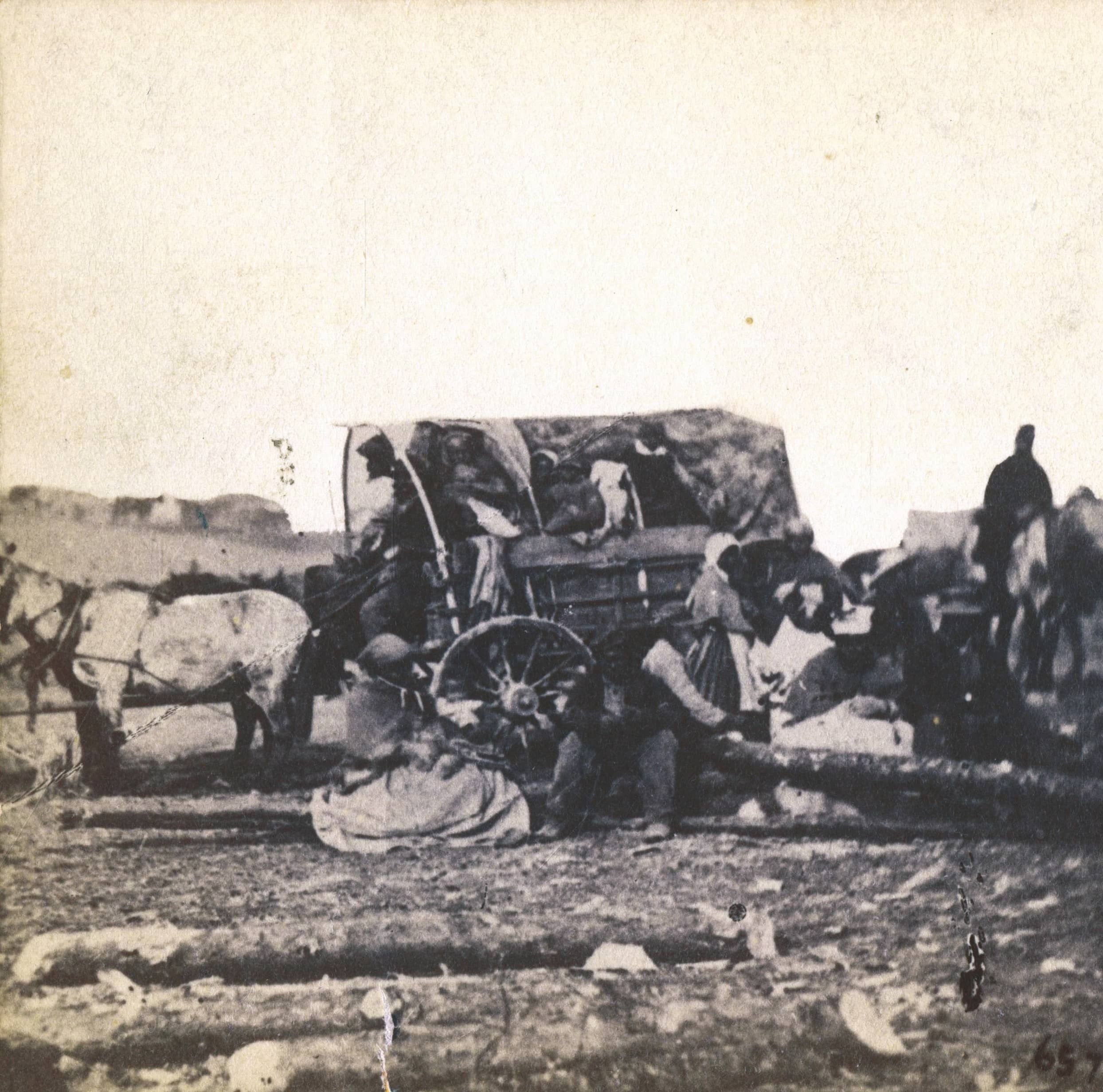 At a Union Army camp in Kentucky, enslaved men, women, and children struggled for their lives and fought to be free

By Jarrett A. Lobell

THE ONLY COMPLETE ORIGINAL building still standing at Camp Nelson in Jessamine County, Kentucky, is a sizeable house built around 1850 for the just-married Oliver Perry and his bride, the former Fannie Scott, whose family owned the land on which the house sits. It is now called simply the White House. But between 1863 and 1865, at the height of the Civil War, it was just one of more than 300 structures in the center of the camp’s 4,000 acres that housed all the required resources for an army at war. These included a supply depot, hospital, commissary, prison, ordnance storage facility, stables and corrals, a 50,000-gallon reservoir, woodworking shop, blacksmith shop, horseshoeing shop, harness shop, and a bakery that produced 10,000 rations of bread a day. There was also a hotel and tavern called the Owens House, a post office, and a few small eating establishments. Camp Nelson had been built to support the Union Army’s advance into Tennessee, and over its years of wartime service, tens of thousands of soldiers, both white and black, enlisted and were trained there. Camp Nelson was the largest of the eight U.S. Colored Troops (USCT) recruiting centers in Kentucky, and the third-largest in the nation. All that remains aboveground, apart from the White House, though, are the remains of eight earthen and two stone forts, the earthen remains of a powder magazine, remnants of a few icehouses, and the stone foundations of two ovens. 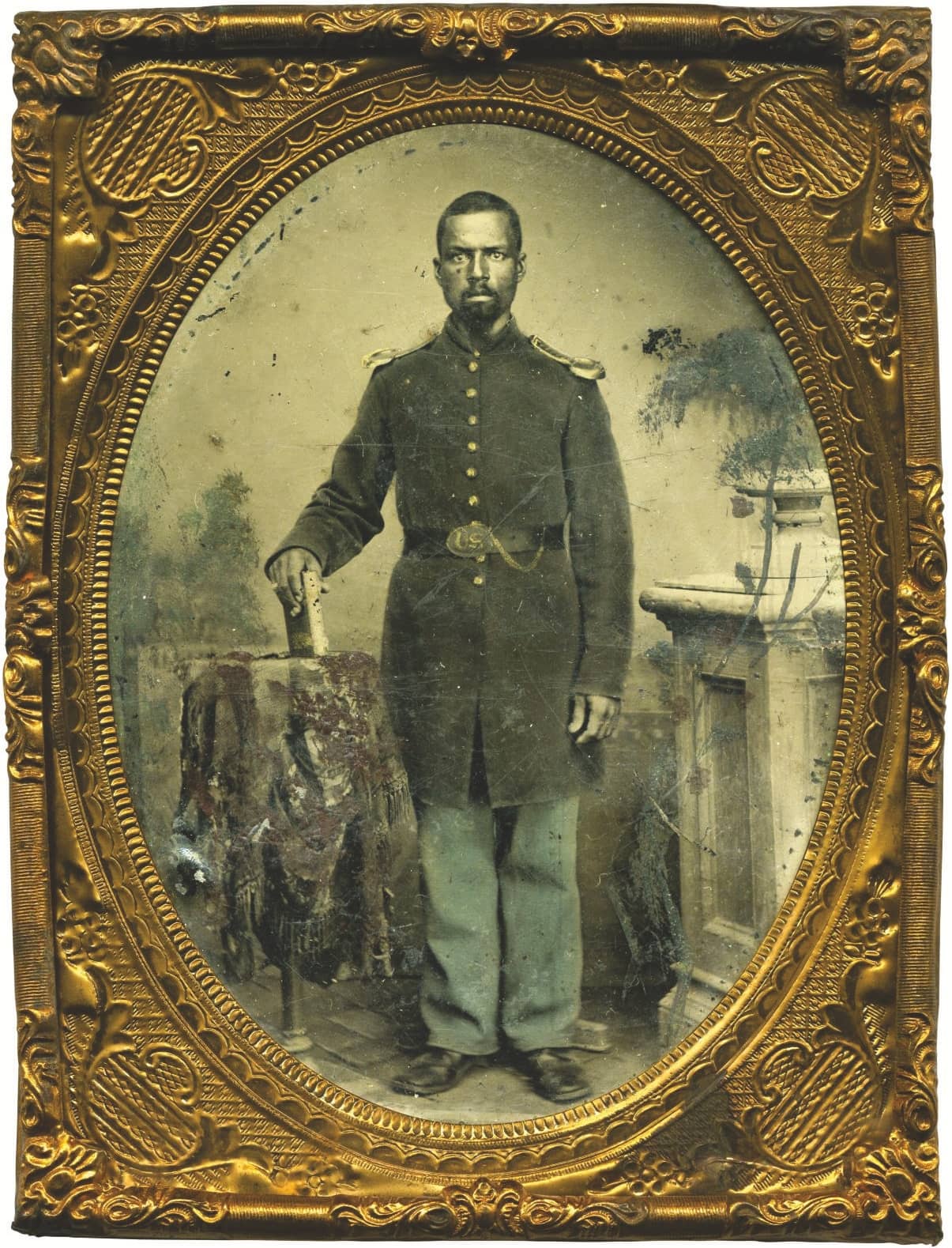 During recent excavations in an area known from nineteenth-century maps to have been the camp’s only licensed sutler’s establishment, a type of general store, Camp Nelson National Monument archaeologist Stephen McBride and a team from Transylvania University began to uncover picture frames, glass plates, mats, and glass bottles that originally contained chemicals used to develop photographs. They also found bottles embossed with the brand names “Bears Oil,” which had once held hair oil, and “Dr D Jayne,” which had once held hair dye. Soldiers used the dye to darken their hair for portraits, since light hair could appear white in the finished images, prematurely aging the subjects. In addition to these artifacts, the team also uncovered the remains of a small building—the first specialized photography studio ever found at a Civil War site. “The studio wasn’t documented on any extant maps of the camp, and Civil War photos were often taken in tents,” McBride says, “so finding something set up as a permanent photo studio was a real surprise.” The team recovered 10 metal stencils the photographer had used to sign his images and was therefore able to identify him as a man named C.J. Young. (See “The Age of Pictures,” page 42.)

But Camp Nelson’s population consisted of more than photographers, merchants, carpenters, blacksmiths, bakers, and soldiers. Many black volunteers arrived with their families, creating a huge influx of refugee women and children. “Camp Nelson is one of the best-preserved archaeological sites associated with USCT recruitment,” McBride says. “And it’s also one of the best places to explore the refugee experiences of African American slaves seeking freedom during the Civil War.” Through his work, McBride hopes to resurrect the too-often-lost stories of these women and children uprooted by the war that would determine their destiny. 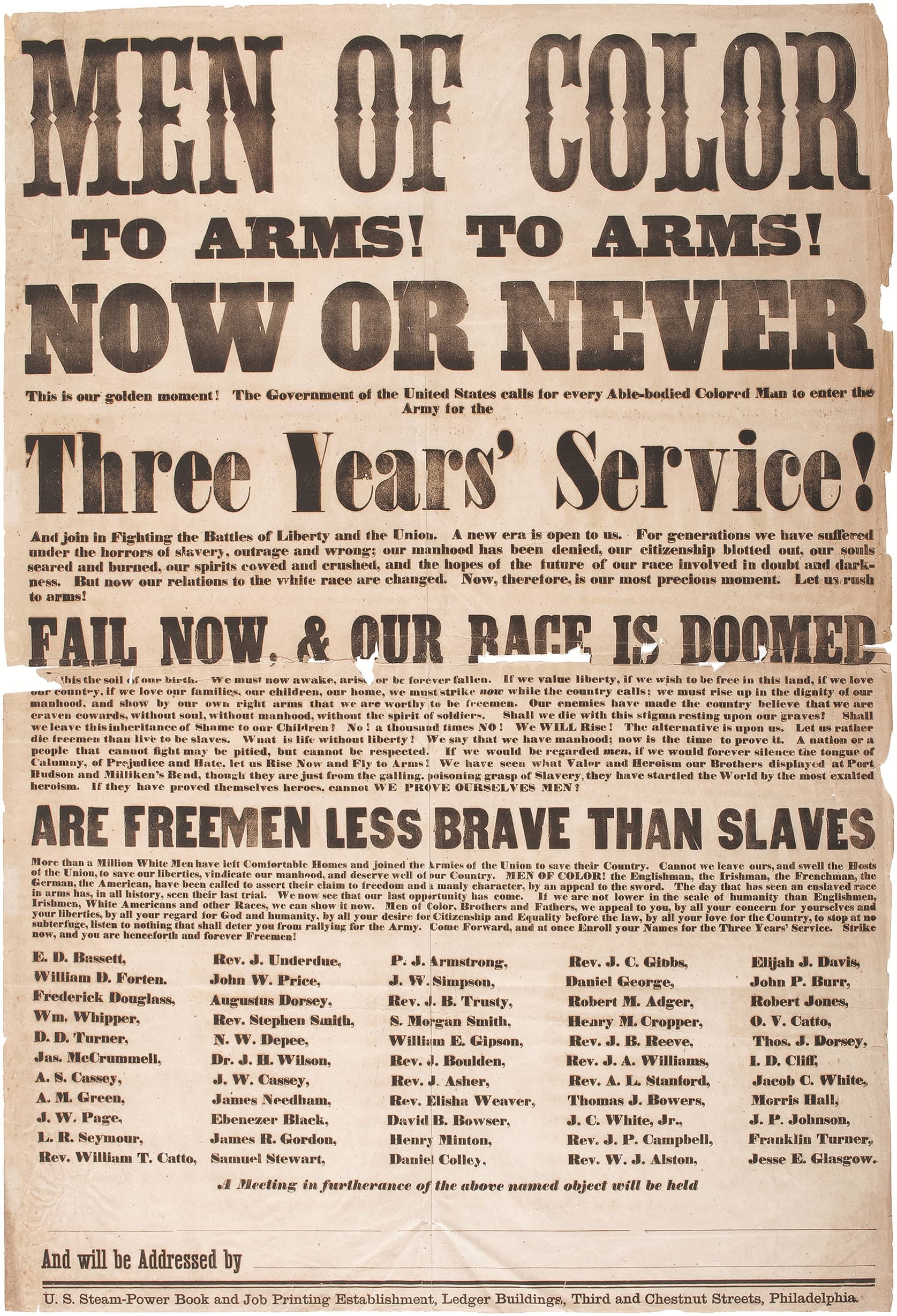 BLACK MILITARY ENLISTEES in Kentucky were in a treacherous position. Kentucky did not secede from the Union, but slavery remained legal, and the state’s political leadership was vehemently opposed to the recruitment or enlistment of African Americans. They reasoned that a person could not be both a soldier and a slave. “The men could enlist with their owner’s permission,” McBride says, “but, as far as I know, not very many slave owners gave their permission.” A rare exception was that of Pvt. William Wright, whose owner, John Russell of Franklin County, allowed him to enlist. Russell received a signing bonus of $300. “Even without permission, black men came anyway, and they were rejected and exposed to violence both coming and going,” adds McBride. 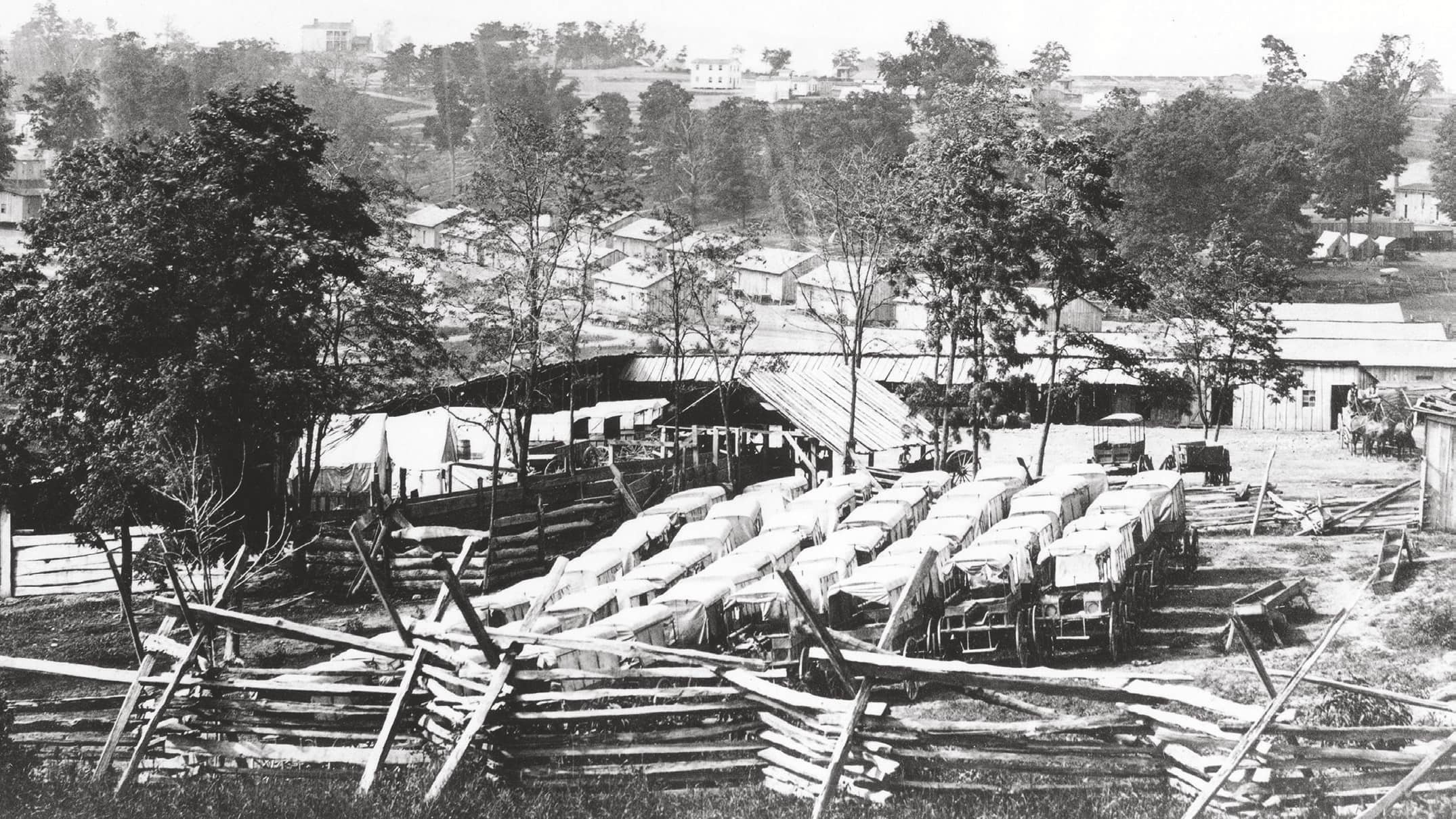