PER MESUT: For Younger Readers 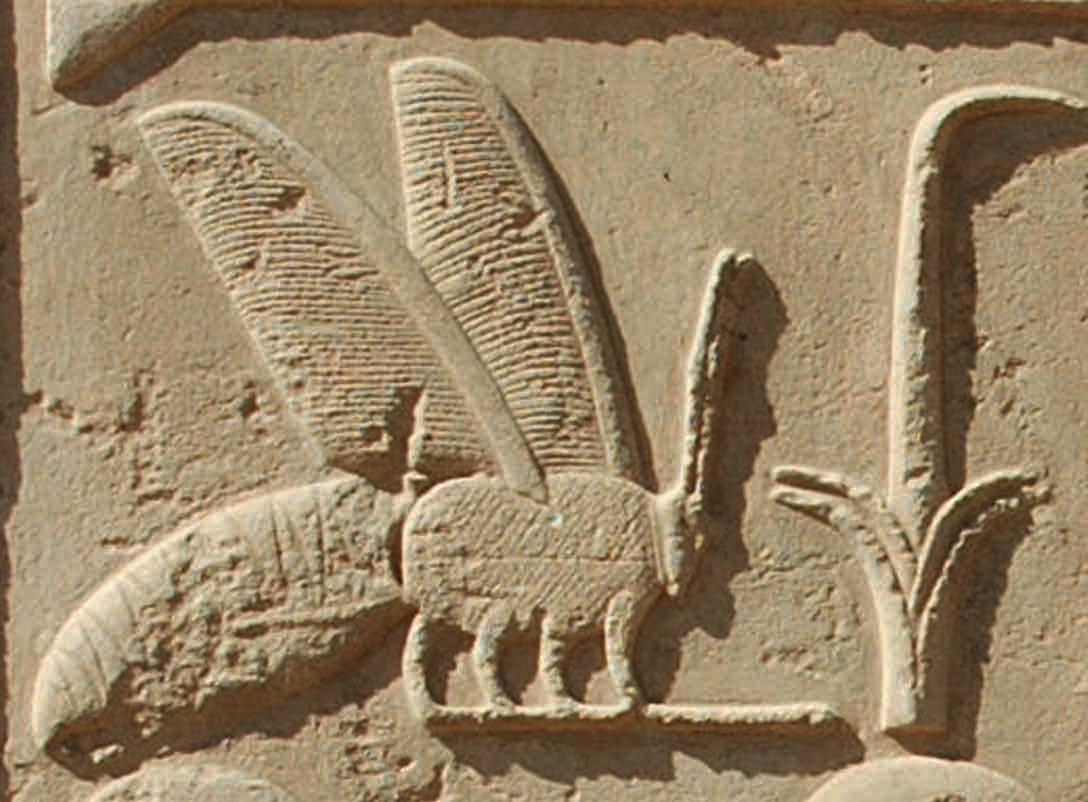 The cartouche containing the King’s coronation name is introduced by the phrase nesu bity, an expression usually translated as ‘King of Upper and Lower Egypt’, but which has the literal meaning ‘He of the Sedge and the Bee’ (see above). This title includes one of the most striking of all hieroglyphs – the bee. The bee was used in the royal titulary from very early in the Old Kingdom and seems to have been adopted as an emblem or badge of the Delta region, Lower Egypt, with the sedge plant representing Upper Egypt, just as the rose and the thistle are used, for example on British rugby shirts, as emblems of England and Scotland respectively. Bees existed in the wild throughout Egypt but must have been more common in the Delta where extensive areas of marshes and pasturelands provided a great variety of flowering plants.

The royal hieroglyphic bee appears to be a queen, with a larger and longer abdomen and body segments in shades of red and brown. The worker bee of the Egyptian honeybee species tends to be smaller, more slender and paler in colour. Egypt was one of the earliest cultures to develop the skills of apiculture or beekeeping though humans had collected honey from the wild for thousands of years before honeybees were domesticated. The Egyptian honeybee produces many queens, sometimes a hundred or more per hive, which means that they tend to swarm more frequently than other species. This leads to the ready availability of colonies for domestic hives; and more bees means increased pollination of crops leading to higher yields and better quality harvests. Since plants bloomed earlier in the south it is highly likely that, during the flowering season, bee colonies were carried by raft downriver in the same way that beehives are moved around today to assist the pollination of important crops. There is evidence that in Graeco-Roman times Egyptian beehives were transported about the land by donkey. The principal by-products of this essential agricultural process are honey and beeswax.