Jan Summers Duffy reveals what we know about one of the key characters in the formation of the ancient Egyptian state.

The very beginnings of ancient Egypt are obscure, with few surviving records and a limited number of excavations producing little in the way of supported evidence. Following the Prehistoric Period, c. 3150 BC, we find the names of First Dynasty kings such as Menes (identified with Narmer), Aha, Djer, Djet and Den. The Second Dynasty, based in the Upper Egyptian province of Thinis (ancient Tjenu) appear to have ruled during a time of war and unrest. We know of the names of the kings Hetepsekhemwy, Raneb and Nynetjer, but other rulers are obscure. This was a time when Egypt’s kings fought one another in competition for control of Egypt. The country, first unified under Narmer, had split again into two states, North and South. But this period of the Second Dynasty was also a time of renewal and attempts to unify ancient Egypt once more.

By this time, the concept of absolute rule had emerged, with the king considered a god, set above the common people: ‘he who was identified with Horus’. An inscription by the New Kingdom Vizier Rekhmira, shows how little changed over the intervening millennia:

“What is the king of Upper and Lower Egypt? He is a god by whose dealings one lives, the father and mother of all men, alone by himself, without equal.”

The scant evidence we have for the events of this period comes mainly from priest and historian Manetho and from the Palermo Stone, a Fifth Dynasty document that covers the earliest dynasties to the middle of the Fifth Dynasty. There are also references from the King List that Sety I had carved on his temple at Abydos, and the Turin Canon, a papyrus that covers the period from the earliest dynasties to the reing of Ramesses II. However, despite the number of sources, all are incomplete and unverified. Manetho as an Egyptian priest living at the temple at Heliopolis during the Ptolemaic Period, had access to many original texts, and used these to record a history of Egypt, called Aegyptiaca, dividing the list of kings into the thirty dynasties we still use today. 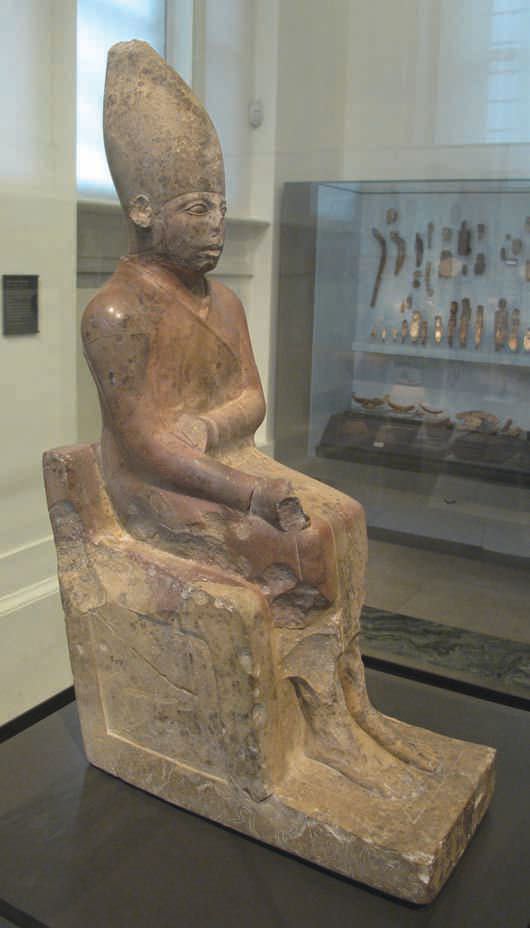 Archaeological evidence is inconclusive for a succession of the earlier rulers, but we do know from Manetho’s chronology that the Second Dynasty ended with an impressive king named Khasekhemwy (or other variants of his name including Kha-sekhemui) c. 2686 BC. The ninth ruler of the Dynasty, he is allocted a short reign of about 17 to 18 years during which time he was revered for reunifying Egypt, cementing the foundations of power that allowed the expansion and development seen during the succeeding Third Dynasty.

What’s in a Name?