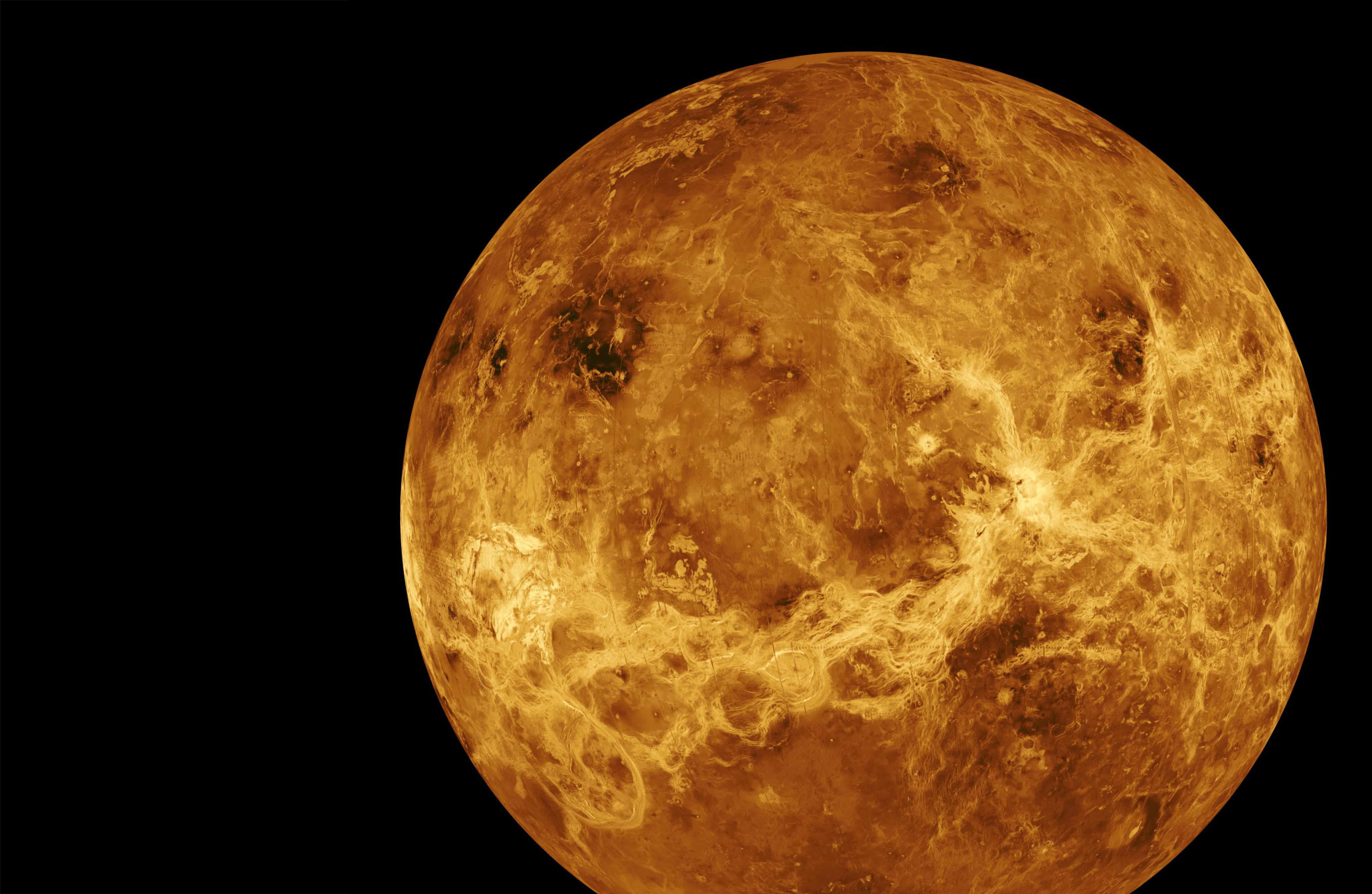 Venus is the second planet from the sun and our closest planetary neighbor.

Similar in structure and size to Earth, Venus spins slowly in the opposite direction that most planets do. Its thick atmosphere traps heat in a runaway greenhouse effect, making it the hottest planet in our solar system with surface temperatures hot enough to melt lead. Glimpses below the clouds reveal volcanoes and deformed mountains. Venus is named for the ancient Roman goddess of love and beauty, the counterpart to the Greek goddess Aphrodite.

With a radius of 3,760 miles (6,052 kilometers), Venus is roughly the same size as Earth, just slightly smaller. 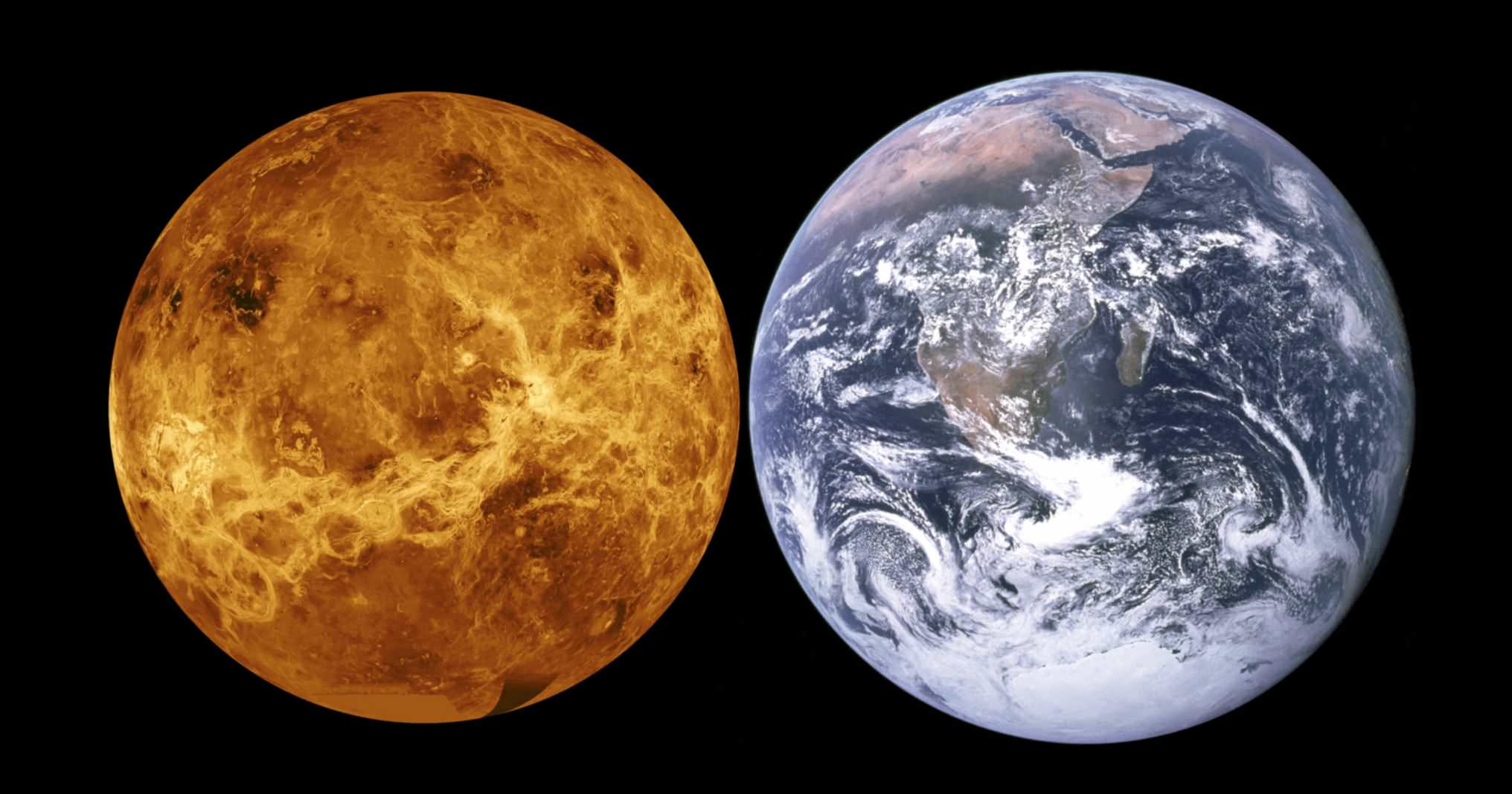 Venus’ rotation and orbit are unusual in several ways. Venus is one of just two planets that rotate from east to west. Only Venus and Uranus have this “backwards” rotation. It completes one rotation in 243 Earth days — the longest day of any planet in our solar system, even longer than a whole year on Venus. But the sun doesn’t rise and set each “day” on Venus like it does on most other planets. On Venus, one day-night cycle takes 117 Earth days because Venus rotates in the direction opposite of its orbital revolution around the sun.

With an axial tilt of just 3 degrees, Venus spins nearly upright, and so does not experience noticeable seasons.

When the solar system settled into its current layout about 4.5 billion years ago, Venus formed when gravity pulled swirling gas and dust in to become the second planet from the sun. Like its fellow terrestrial planets, Venus has a central core, a rocky mantle and a solid crust.

Venus is in many ways similar to Earth in its structure. It has an iron core that is approximately 2,000 miles (3,200 kilometers) in radius. Above that is a mantle made of hot rock slowly churning due to the planet’s interior heat. The surface is a thin crust of rock that bulge and move as Venus’ mantle shifts and create volcanoes.

From space, Venus is bright white because it is covered with clouds that reflect and scatter sunlight. At the surface, the rocks are different shades of grey, like rocks on Earth, but the thick atmosphere filters the sunlight so that everything would look orange if you were standing on Venus.

Venus has mountains, valleys, and tens of thousands of volcanoes. The highest mountain on Venus, Maxwell Montes, is 20,000 feet high (8.8 kilometers), similar to the highest mountain on Earth, Mount Everest. The landscape is dusty, and surface temperatures reach a scalding 880 degrees Fahrenheit (471 degrees Celsius).