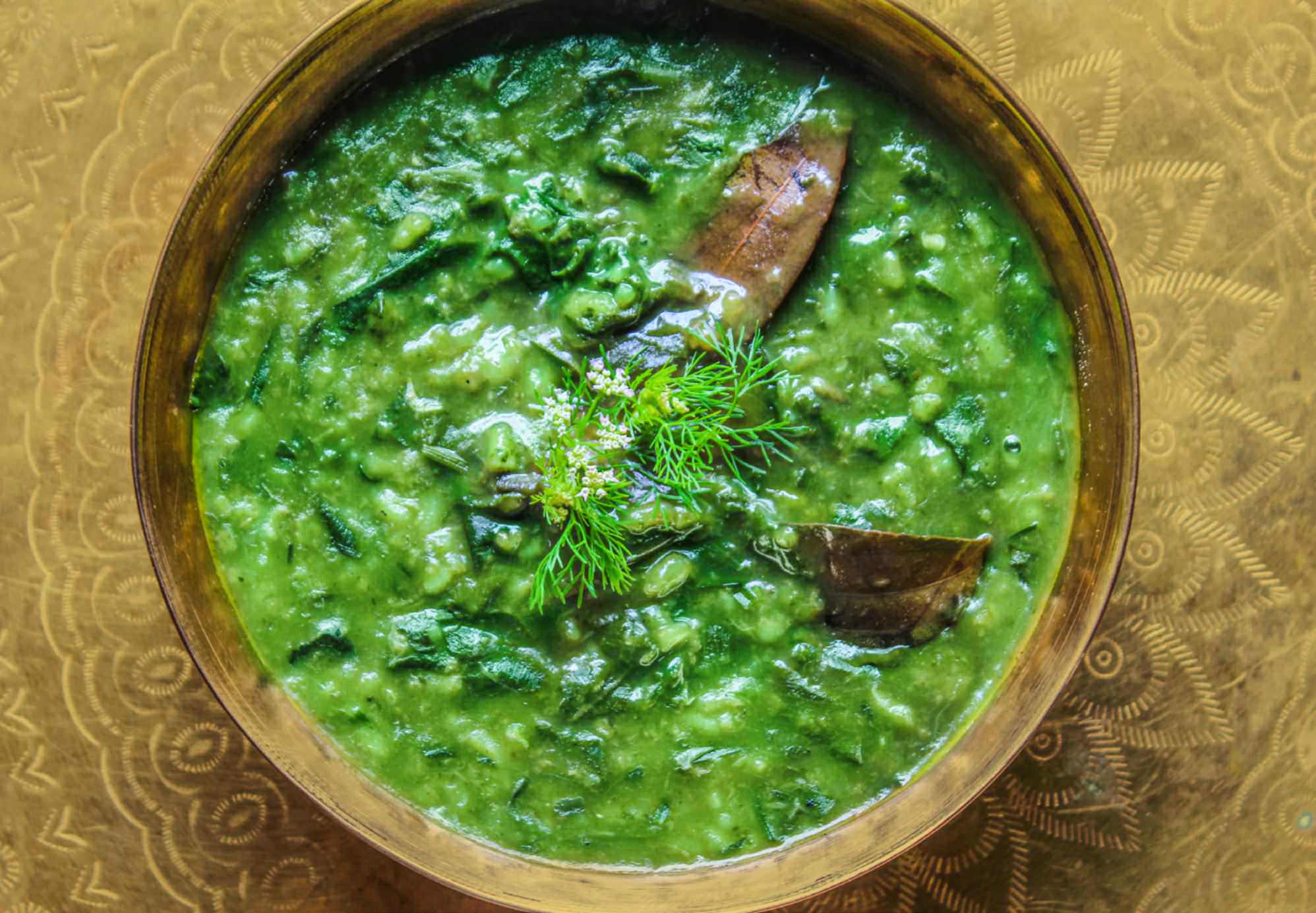 OOTI Thongba (Thongba means cooking) is a classic vegetarian dish of Manipur usually made with rice, pulses and different type of vegetables with baking soda.

HERE is the recipe for Ooti Ashangba, (Ashangba means green in Manipuri) as the dish will be green in colour by using wild taro leaves (Pangkhok-La in Manipur) as one of the main ingredient. It is also known as Chagem Ooti (Chagem which means broken rice is preferably used).