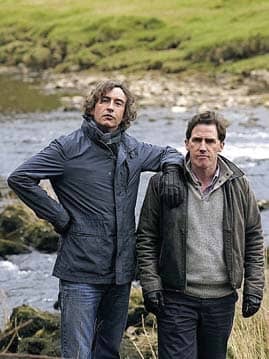 At the time of writing, the coronavirus lockdown is still in place, we can’t go far, and we all have cabin fever. Driving to, say, the Dales, the coast, or the Moors is frowned upon. So we thought that if we can’t physically go to some gorgeous Yorkshire locations, then we’ll get some gorgeous Yorkshire locations to come to us, courtesy of various films and TV shows.

‘We’ll get some gorgeous Yorkshire locations to come to us,’

Of course, by the time you read this, the lockdown might have been lifted and you’ll be able to physically go to each of the places listed below. But that’s unlikely so, in social isolation, be sensible, stick the DVD on, or stream it to your TV, and enjoy a virtual visit.

By the way, many of these productions were made with the help of Screen Yorkshire, the Leeds-based agency which offers financial support, develops workforce talent, and generally fosters Yorkshire’s global reputation as an outstanding location for creatives and creativity.

This was the first time that Steve Coogan and Rob Brydon (playing exaggerated versions of themselves) did Roger Moore, Sean Connery, Ronnie Corbett, and Al Pacino impressions in various fine dining establishments. It was entertaining television that spawned a mini-franchise: after this outing set in the north of England, Brydon and Coogan returned with The Trip to Italy (2014), The Trip to Spain (2017) and, this year, The Trip to Greece.

The first series of The Trip takes place in the North – Cumbria, and Lancashire, and in the last two episodes the boys visit The Yorke Arms in Ramsgill, Nidderdale, and The Angel at Hetton (near Skipton). In the former, Coogan is visibly bored by a know-it-all hiker at the spectacular Malham limestone pavement. In the latter, he plans Brydon’s funeral eulogy at Bolton Abbey before attempting, and failing, to run over the stepping stones across the scenic River Wharfe. In the event, he gets very wet indeed. Oops. 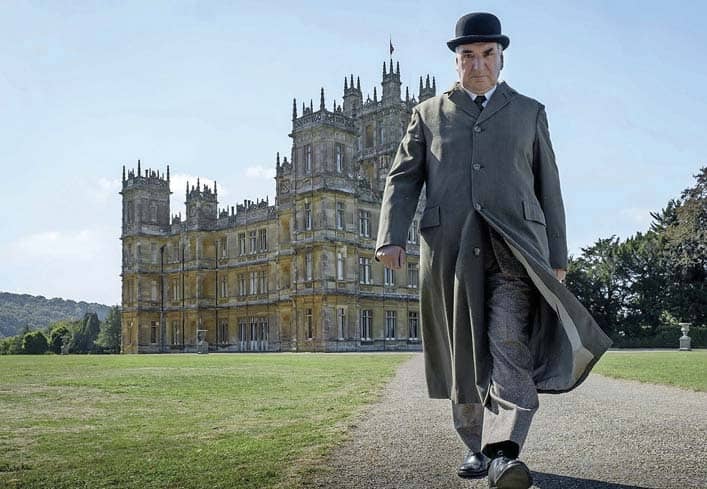 How about this for a bit of television trivia? The global phenomenon that is Downton Abbey is supposed to set in Yorkshire, somewhere between Easingwold, Ripon, and Thirsk, fact fans, but the TV series never filmed here. Not once in 52 episodes. (We know!)

However, the movie version, which was released last year, rectified that glaring error by filming at Wentworth Woodhouse near Rotherham, Harewood House, Little Germany in Bradford, Dalton Mills in Keighley, Pickering train station, and Duncombe Park near Helmsley.