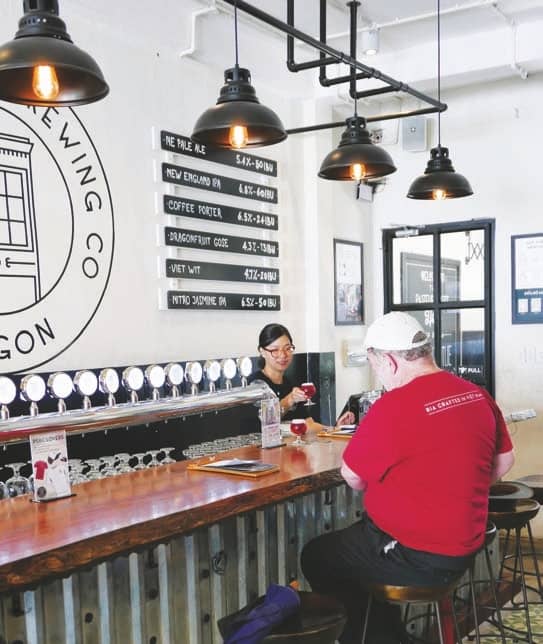 Over the more than twenty years since I came to Vietnam, beer has developed along with the economy in general.

Personally, I am nostalgic for the days of bia hoi, when you sat down on a plastic chair on the pavement and basic freshly-brewed beer came in a large bucket and cost as little as chips. Then came the beer halls and courtyards based on Bavarian and Bohemian beers brewed often on site in beaming copper ware vats, a quantitative leap in quality and price. Finally, with Pasteur Street leading the revolution in 2014, we have what the Americans neatly call craft beer and the English term real ale. These serve up beers of Irish, British, Belgian and German origins at a further notch up in price.

Down an alleyway adjacent to the Rex Hotel Saigon through a long archway upon which are murals of the company logo and of its beer products and then up some steep steps, you will find the original tap room of the Pasteur Street Brewing Company. Since opening, it has expanded, now having several more tap rooms in this city and one in Hanoi. In addition, it supplies many other bars as well as now having two canned beers at 59,000 VND a can (the Passion Fruit Wheat beer and the Jasmine IPA) available at 7 Eleven branches. You can also buy to take away in the tap rooms in a large bottle called a growler with an old fashioned stopper. Return the bottle and you will be rewarded with a free sampler beer. Finally, the award-winning Chocolate Stout with the bottle in a wooden presentation casing can be purchased at 725,000 VND. 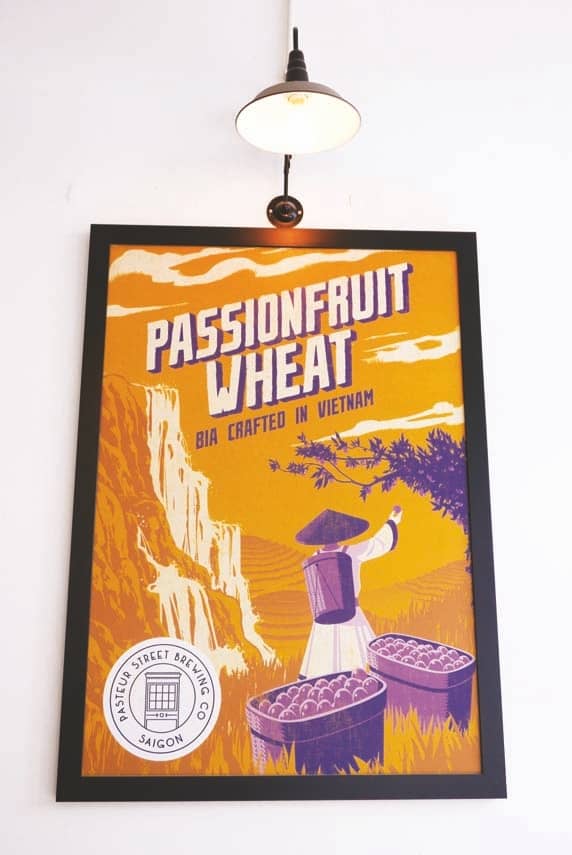