The 'Hunt' For Clouds And Fog In Moc Chau 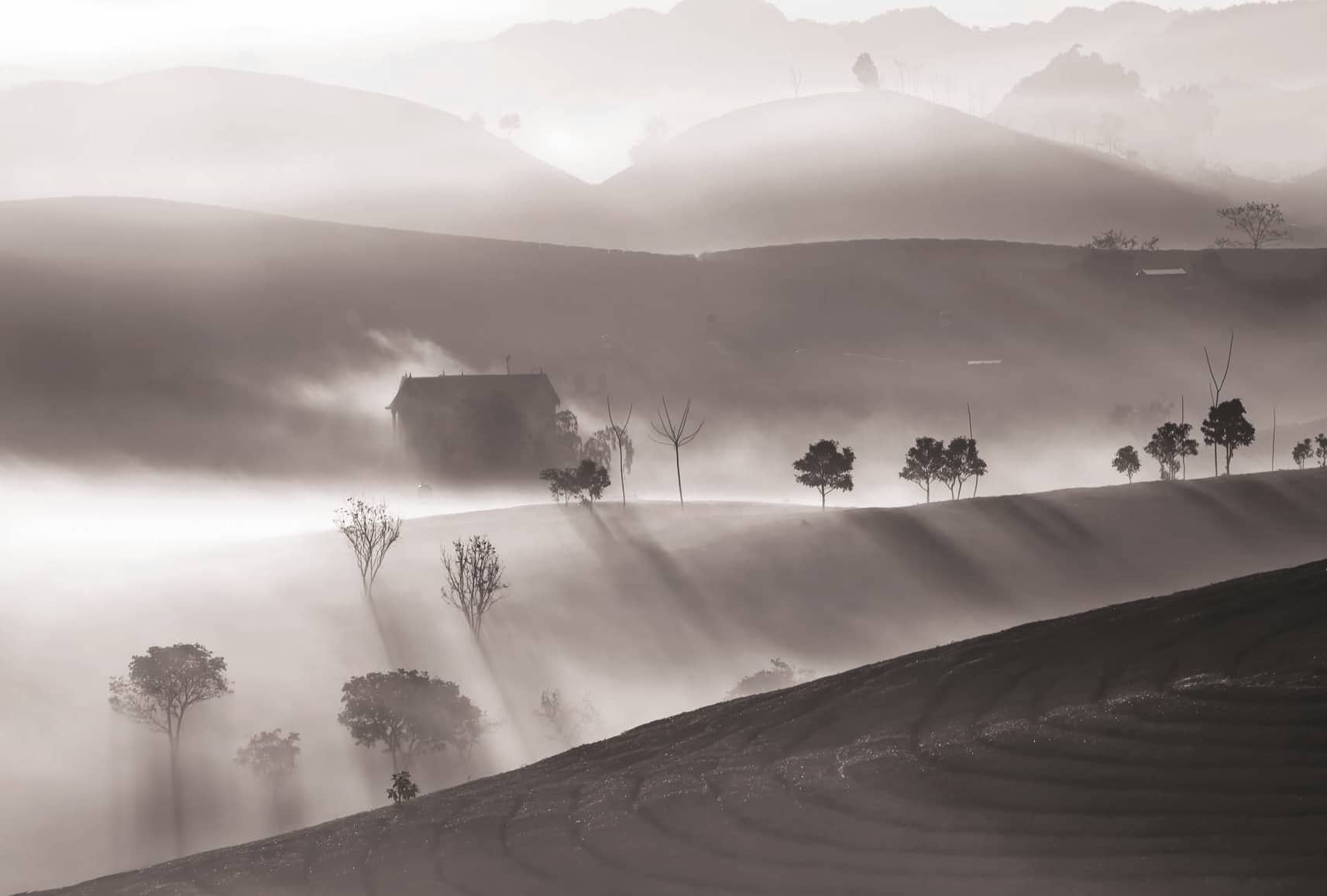 About 200km from Hanoi, Moc Chau is a vast plateau, considered by many to be the most beautiful of the Northern highlands.

Le Hoa
So beautiful is it that many visitors have dubbed it “the paradise on earth.” Perhaps it’s the permanent presence of blurring mist and fluffy clouds that makes Moc Chau so mesmerizing.

No visitor can escape the hypnotic power of the scene of rolling hills, forests, valleys and hamlets of ethnic minorities blurred in the mist or now disappearing now appearing from behind the clouds. The mist makes tea plantations and grazing grounds look as soft as silk. The clouds now hang around leisurely, now fill up the whole universe just to be dispersed a moment later by the winds. A tourist described it in on his Facebook page “surreal and otherworldly.”