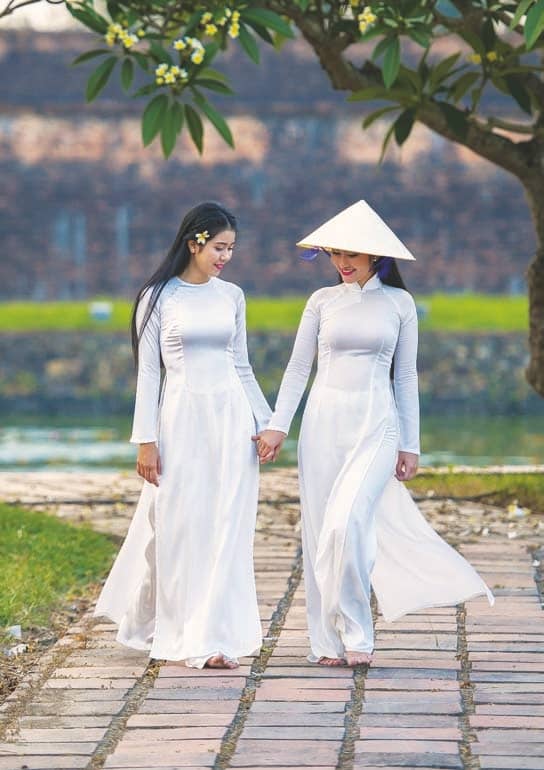 Hue was the birthplace of ao dai, the Vietnamese national costume.

A long time ago, when Western culture had not yet interfered with local dressing tradition, everyone in this former imperial capital city could be found dressed in ao dai at all times.

Today, Hue wants that glory back as a means to maintain the typical local culture, honor ancestors who created the elegant costume, and make the city more attractive to visitors.

In 1557, the Nguyen Lords settled Thuan Hoa and ruled the southern part of Vietnamese territory as single nation. The political separation produced the need for cultural differentiation, including costume.

The first lord who came up with costume separation was Vo Vuong Nguyen Phuc Khoat, according to researcher Nguyen Xuan Hoa. The lord ordered the creation of a type of dress that could be differentiated from those in the north, marking the birth of ao dai.

“By 1774, the costume was popular in Thuan, Quang and Dong Nai, (which today are Hue, the southern Central region, and the eastern South region of Vietnam respectively).

Researcher Hoa said King Gia Long requested the synchronization of one type of dress for people all over the country. However, he was sympathetic the sudden change and allowed time for northern residents to get familiar with the southern dwellers’ costume.

During his reign, the king did not have chance to see ao dai’s popularity in the country. His son, Minh Mang, continued the integration. But later, he made an order for the synchronisation in Quang Binh, and then throughout the northern region by 1837. Ao dai became the national dress of Vietnamese people.