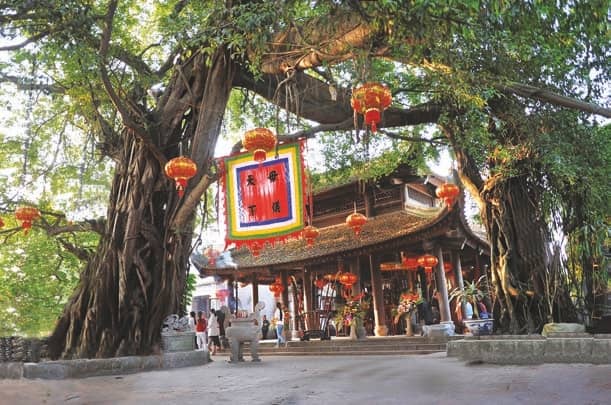 By the mid-17th century, Hien Township was bustling with the trade of silk, tussore, chiffon, velvet, gold, silver, bronze etc. Traders came here from Asian and European countries such as England, France, Holland, Japan and China.

The level of development of Hien was comparable with that of Thang Long, the capital, as was related in the saying, ‘First the capital, then come streets of Hien.’

Sitting on the big Red River, convenient for both river and marine transportation, Hien has attracted merchants from all over the world.

By late 19th Century, King Gia Long moved the Hien international port to another location. Since then, has Hien gradually changed.

Today, the ancient 20.151 km2 town of Hien stands at the center of Hung Yen City, Hung Yen Province, about 55km from Hanoi. Having undergone turbulent times and destructive wars, Hien township has managed to preserve hundreds of valuable historical and cultural relics, including 18 architectural sites recognized as national historical and cultural heritage.