A King Who Favored Buddhism 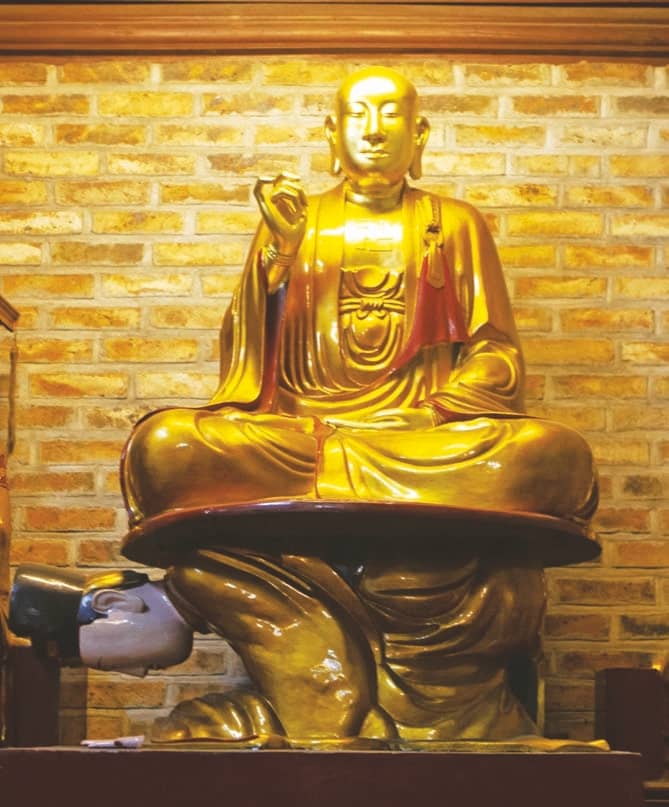 The era of Middle Prosperity of Le boasted having the most bizarre king in our history,

King Le Than Tong. He was born in 1607, in the two-century-long period of power sharing between the Le and Trinh families. The Trinh Lords had the real power, while Le Kings were only their marionettes. The Trinh Lords decided who among the Le family would be the King. Somehow, as a 13-year-old boy, Le Than Tong became king. Furthermore, the Trinh Lord forced him to marry his (Trinh’s) daughter Trinh Thi Ngoc Truc as his Queen, who was 12 years older than the king and had already four children. The king could but obey. Having denounced burdens of kingship to be secluded royalty, he was enthroned again against his will. In our history, perhaps Le Than Tong was the only person to be king, unwillingly, and even twice at that.

Being “intelligent and erudite, cunning, resourceful and versed in literary, as a good king should be,” as described in historical records, the King nevertheless submitted to the control of the Trinh clan, as he possessed no real power. The courtiers advised against his marriage with too old a wife, but he just clucked his tongue, “Just wanna be done with it.” His tongue clucking gave him the peace of a caged bird. Not that he never wanted to seize the power of the king, but quickly deferred every time because Lord Trinh Tung was his grandfather on his mother’s side, and his son Lord Trinh Trang was his uncle.

The tangled blood relationships between the King’s clan and the Lords clan helped reinforce the top echelon of power and keep the society stable. For 200 years of the Le-Trinh rule, the Northern border was kept firm, although the Ming Dynasty was at its utmost prosperity and always covetous of Dai Viet.