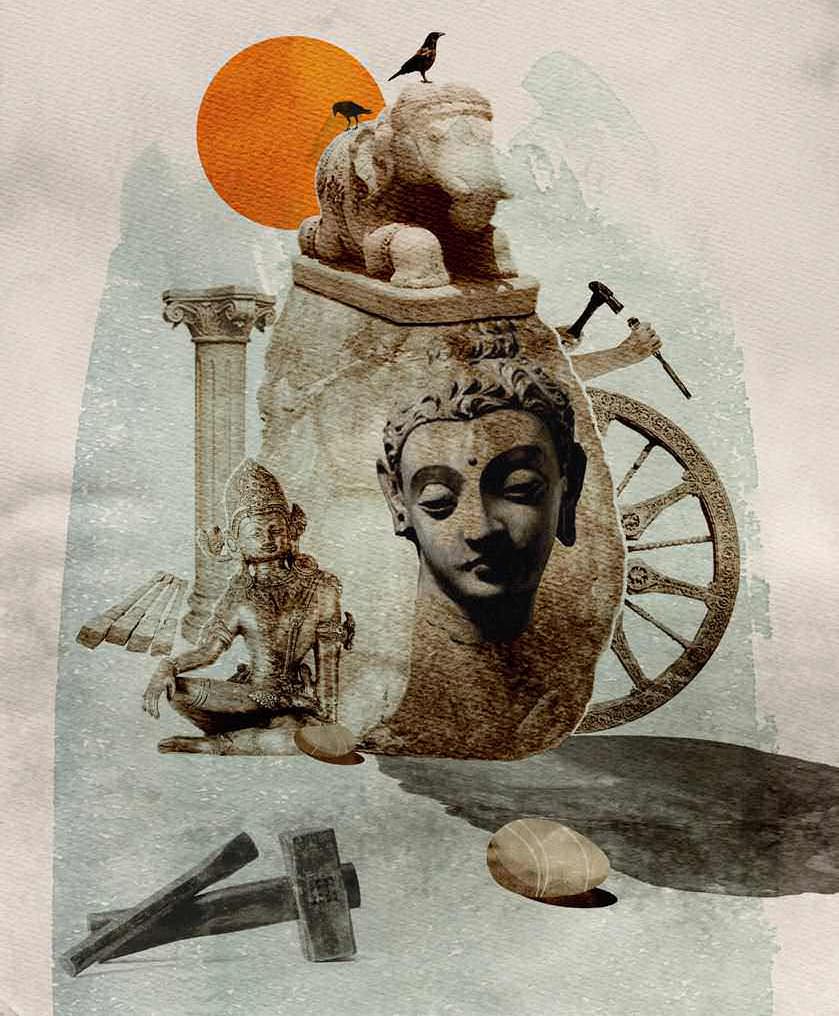 Odisha's Konark Sun Temple was conceived of as the giant chariot of the sun god; the Madurai Meenakshi Amman Temple boasts 33,000 sculptures; the Kailasa Temple at Ellora has been carved out of a single rock face...These are only some of the spectacular temples of India that bear mute testimony to sculptors who have told myriad stories in stone, discovers Geeta Rao.

There is a magical quality about stone. Take a chisel and put a hammer to it and who knows what stories will emerge — stories that are cinematic, three-dimensional and teeming with a life of their own.

On first seeing Odisha’s Konark Sun Temple, Rabindranath Tagore said, “The language of stone surpasses the language of man.” He was right. Temple art and stone carvings are the story of Indian art. It is a language unbroken for 5,000 years and expressed best by unknown artists, sculptors and architects as both a civilisation’s textbook and manual of life, and a celebratory commentary on the human connection with God.

The Konark temple, known to sailors as the Black Pagoda, was conceived of as the giant chariot of the sun god. Twelve huge chariot wheels, each one intricately carved, seven horses in motion and a scientific orientation towards the sun make it a sundial. This 13th - century monolithic marvel is now a World Heritage Site.

But the Konark temple is merely one of the spectacular temples in India. There are 33,000 sculptures at the Madurai Meenakshi Amman Temple. The 16th-century temple dedicated to the goddess Parvati would make it to several record books if it so desired. One of its mahamandapams or great halls has 985 pillars, each one carved out of a single stone. This is one of the temples, legend has it, where Shiva arrives and performs as the Nataraja or the god of the dance of creation.

What compelled artists to dedicate their lives to working with stone, a hard medium that needs to be coaxed into yielding its secrets? What made them work with nothing but a hammer and chisel even on large rock faces? The Kailasa Temple at Ellora has been carved out of a single rock face and took 200 years to complete. It is hard to describe its scale, but it is a must-visit.

Temple art has so many schools — Gandhara, Mathura, Amaravati — and styles — Nagara, Dravidian, Kalinga — and great dynastic periods — Gupta, Pallava, Chandela, Rashtrakuta, Chola, Pandyan — and religious classifications — Buddhist, Jain, Hindu — that it would need a historical scholar to write a coherent article on it. I am not one but as a traveller I have stood awestruck at the stone carvings so exquisite that human emotions literally pour out.