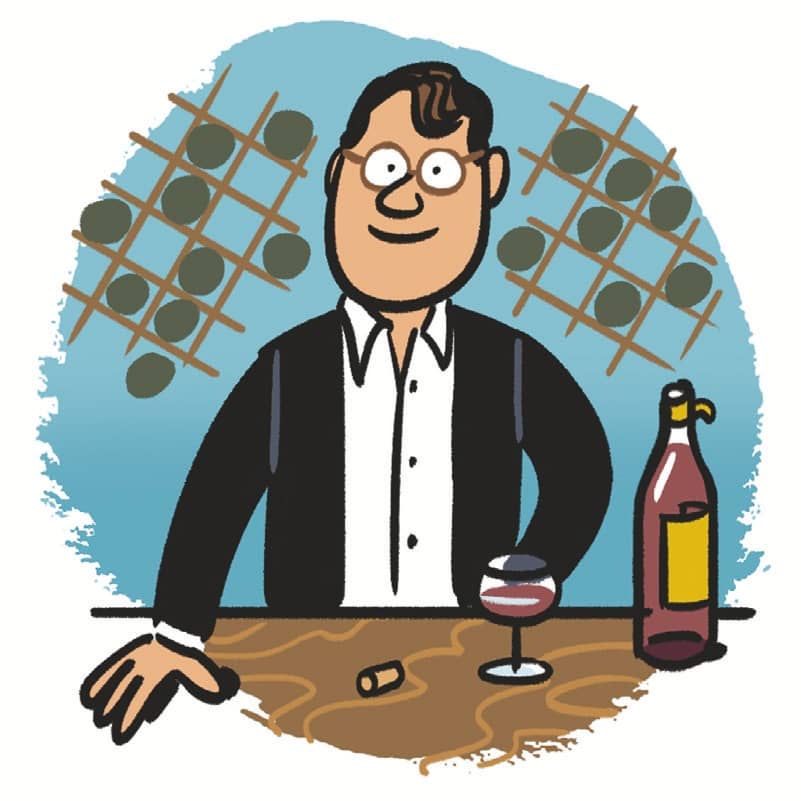 BC’s bid to become the next great wine region

ON A DRIZZLY November evening, the Palais de la Bourse shines like gold, its Ionic pillars lit from below, its cupola poking through the mist. The palace, built at the centre of Bordeaux’s eighteenth-century riverfront and bearing a striking resemblance to Paris’s Place Vendôme, is an apt venue for a gathering of winemakers. When Jacques-Olivier Pesme strides into the banquet hall, his trench coat the same honey hue as the antique stone, he looks right at home.

He scans the room. “Let’s start with Mendoza.”

The wine-tasting party is a hot ticket at the Great Wine Capitals conference, an annual gathering of the world’s ten most powerful wine-producing regions. And on this, the twentieth anniversary of the Great Wine Capitals Global Network, Pesme, fifty-two, is a marquee name, headlining talks and generally holding court to more than 100 high-octane delegates who have flown in from five continents. Pesme’s expertise in tourism, brand identity, and global positioning has earned him a reputation as a sort of wine whisperer. It’s also led him to his current position at the University of British Columbia, where he has the unusual academic mandate of supporting the development of the province’s wine industry at home and abroad. The goal is that, one day, the Okanagan Valley will be as well-known as the Loire.

Pesme seems less egghead than rock star this evening — it takes us ten minutes to advance from the coat check to the ballroom’s threshold, so steady is the barrage of air kisses in his direction. I leave him to the crowd and escort myself around the room, sipping Spanish Riojas, Napa Cabernets, Bordeaux Supérieurs. Finally, I arrive at Argentina’s Mendoza.

“My friend told me I should have started here,” I say to the man holding the bottle.

“Who’s your friend?” he asks. I give Pesme’s name.

The man informs me that my friend is a genius. I chuckle politely. But he’s not joking: “Here he comes now.”

Pesme walks toward us with his million-euro smile, and the two of them hug.

The Argentine pours glasses of Malbec. Pesme swirls his around as he enthuses. “Wine is like music. Everyone has their own taste, even though you have to admit that Beethoven is objectively beautiful.”

He clarifies. Just as there are fantastic wines all over the planet, every region has a distinctiveness that endears it to people on an emotional level. Like a fragrance, a certain wine can remind you of a particular time or event or lover. Or it could simply be a stand-in for an aspiration — a geographical ideal. Pesme says that Mendoza wines — produced since Spanish colonization but only exported widely since the late 1990s — are a prime example of how this sort of intimate relationship can be forged quickly. He explains that the region’s success can be credited to the promotional body Wines of Argentina as much as to the wine itself. It comes down to the branding, the coherent message that each sip offers. When a person buys a Mendoza wine, no matter what winery is listed on the label, they are buying the immense landscape, the local cuisine, the character of its people, all bottled up together.

I look around the room at the ten international tasting bars, each with a toqued chef finessing foie gras and mini soufflés, and can’t help but question Pesme’s grand scheme for BC. Good marketing is one thing, but wine is a business synonymous with historical pageantry, stuffy hierarchies, and inscrutable assessments. Could a Canadian city really belong here, alongside Bilbao, Porto, and Bordeaux? Or are we destined to have oenophiles relegate us into the lower leagues, considered alongside Austria, Greece, and China?

Pesme, for one, is optimistic. “Canada is not ready . . . yet. But it has huge potential.” If anyone can help elevate the province, it’s him. He reckons that, if British Columbia takes a few right steps now, in a few years, it could become the new Mendoza.

BEFORE HER DEATH, in 2014, Baroness Philippine Mathilde Camille de Rothschild, of the famous Château Mouton Rothschild vineyard, near Bordeaux, was once quoted in the Economist sharing the secret to her success. “Wine-making is really quite a simple business,” she said wryly. “Only the first 200 years are difficult.”

Bordeaux has more than 6,000 wine estates, with some vineyards dating back to the Romans. In Ontario — Canada’s biggest wine producer by acreage, volume, and revenue —  wineries began to establish themselves about 150 years ago. BC wine emerged nearly seventy years after that. The west-coast province’s temperate climate, arid valleys, and fertile soils had proven conducive to grape growing, but according to the Washington Post, it wasn’t until the late 1980s that entrepreneurs with ample time and money migrated to the lands around Lake Okanagan en masse to take up viniculture.

In certain lights, BC’s business, some three decades on, seems robust. The province has more than 280 wineries, sales have risen more than twentyfold in as many years, and its vineyards welcome over a million visitors annually. Producers make more than 25 million litres each year, according to the BC Wine Institute — mostly European varieties like Pinot, Chardonnay, Merlot, and Cabernet. (Growers ripped out and replaced the region’s indigenous grapevines to better compete around the world.) Today, Okanagan’s Mission Hill is known internationally for its award-winning VQAChardonnays; Nk’Mip Cellars, the first Indigenous-owned winery on the continent, has thrice been feted with the Chardonnay du Monde accolade. BC’s wine industry is now worth some $2.8 billion.