Of Hope and Habbits 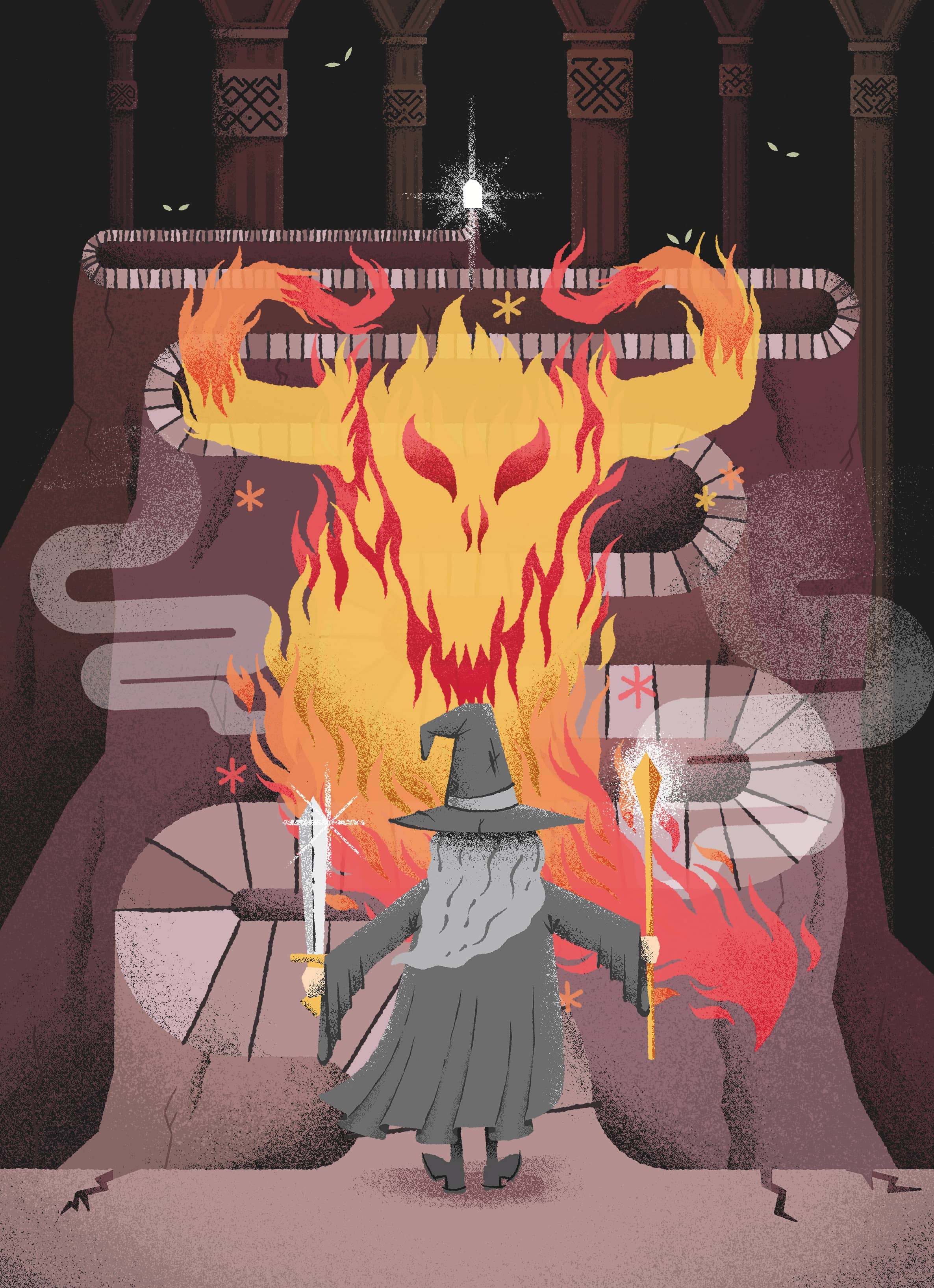 What The Lord of the Rings taught me about facing crises

BEING A PARENT of young children, I’ve happily discovered, means getting a second chance to do things I missed in my own childhood — at least the things that won’t leave my body in splints and braces. I’ve had particular fun spending hours reading children’s classics aloud to my kids, stories I’d skipped when I was young or that hadn’t been written yet — L. M. Montgomery’s Anne of Green Gables, Kenneth Oppel’s Airborn series, Philip Pullman’s His Dark Materials trilogy, and, of course, all seven volumes of the original Harry Potter series — twice.

One tome that I’d never mastered was J. R. R. Tolkien’s The Lord of the Rings — science fiction interested me far more than epic fantasy and myth. So, when I opened volume one, The Fellowship of the Ring, on an icy December evening in 2013, cuddled with then eight-year-old Ben in an armchair, I wasn’t exactly a study in enthusiasm.

Tolkien isn’t for everyone, that’s for sure. The Lord of the Rings is in many ways a prototypical hero’s journey, full of daring adventures, bloody battles, and much valour to protect honour, friends, tribe, and the truth. With only a couple of notable exceptions, powerful, courageous, or clever women don’t cross the pages. And, even taking into consideration the genre’s prevailing style, Tolkien’s prose is — how to be polite? —  a tad laboured.

Yet I was soon enthralled. The saga captivated me in some primal way, as it has so many others. And, by somewhere in the middle of the first volume, I realized why I was hooked. The Lord of the Rings is an extended meditation on what one should do when things appear utterly hopeless. It is, in fact, an account of how to survive by creating and living through hope. Such hope is informed by an attempt to understand the minds of people we encounter — friends, allies, and enemies — as we strive to reach our vision of a positive future. And it employs that knowledge in ways that are strategically smart.

If you’re not familiar with the story, here’s the gist (and bear with the recap — it is relevant!): the Dark Lord Sauron has established himself in Mordor, a forbidding, barren, and mountainous domain in the eastern regions of Middle-earth. From there, he’s sent forth his brutal servants to find and bring to him the One Ring, which will give him unassailable power over the land. But that ring is currently in the possession of Frodo, a middle-aged hobbit —  a short, peaceable, human-like creature with very hairy feet (to my son’s delight). The wizard Gandalf tells Frodo that the only way to keep the ring from Sauron forever is to take it into the heart of Mordor itself and throw it into the volcanic fires of Mount Doom.

The plan seems absurd. Not only does the ring corrupt nearly everyone who touches it (although it seems to have less effect on hobbits), Mordor seethes with teeming masses of vicious creatures called Orcs, spectral beings on flying beasts, and various other soldiers, all overseen by Sauron’s panoptical eye atop a black tower that reaches far into the sky.

To make matters worse, the Free Peoples that populate Middle-earth outside of Mordor — which include Elves, Dwarves, and Men — have squabbled among themselves for centuries. Even if they could somehow manage to pull themselves together, their collective armies aren’t strong enough to penetrate Mordor’s mountainous defences to reach Mount Doom, while the idea of sneaking past Sauron’s vast forces and under his watchful eye seems preposterous. The situation is surely hopeless.

But it’s not, we learn. Getting the ring to Mount Doom and defeating Sauron involves a healthy portion of luck and a good quantity of magic (the tale is, after all, a fantasy) but also an enormous amount of emotional, interpersonal, intercommunal, and strategic smarts.

Early on, a team is formed — the Fellowship — to solve the problem. It’s a cantankerous bunch that often comes close to breaking apart. But it incorporates at least one representative from every major people Sauron threatens. Over time, and under extreme duress, they learn to respect and even love one another. Equally important, though, is the mix of talents the team possesses: each member contributes something vital to the enterprise’s ultimate success.

At first, none of them has a clue how to get the ring to Mount Doom: the further they peer into the future, the worse the uncertainties become. As Elrond, the Half-elven Lord of Rivendell, advises:

“None can foretell what will come to pass, if we take this road or that.” So they keep their initial plan simple and start by exploring the adjacent possible — that zone of uncertainty just beyond the edge of the known — by taking one step toward Mordor at a time. They recognize that they must figure things out as they go, constantly recalibrate their plans as they learn more, and manage their doubts and fear. Along the way, they wonder if they should turn back; divert themselves to lesser, more achievable goals; or split up and return to their homes to defend their respective groups against the coming storm. What little hope they have is under incessant siege.