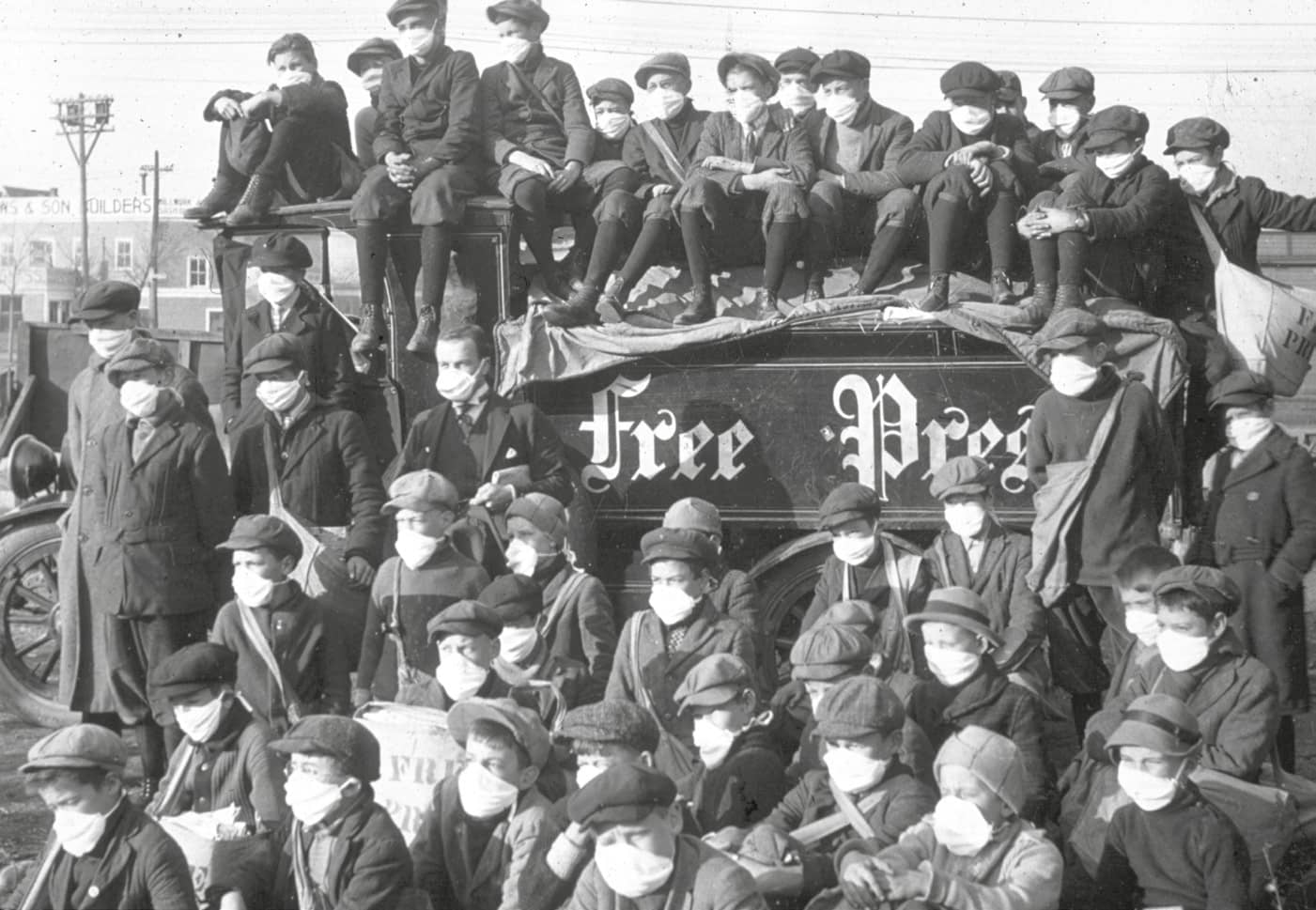 The 1918 Spanish flu changed Canada permanently. Will COVID-19 do the same?

IN THE FALL OF 1918, the Canadian army began rounding up soldiers at camps in the Maritimes, Quebec, and Ontario. The troops were to join an international coalition to intervene in the Russian Civil War and defend Western liberalism against Bolshevik socialism. Needless to say, the operation failed to reverse the Soviet Revolution, but it succeeded in bringing a second wave of Spanish flu to central and western Canada.

In his groundbreaking 2013 book, The Last Plague, Mark Osborne Humphries charts the cursed journey of the Ocean Limited train, which pulled out of Halifax on September 27, 1918, its cars packed with recruits. The men were to be carried to Victoria, where they would board Siberia- bound ships. Some had been exposed to the flu in Sydney, Nova Scotia, and once the train reached Moncton, several were visibly ill. In Montreal, two of the sickest were carried off to the hospital; in their place, forty-two new soldiers got on.

The Ocean Limited and two similar troop trains continued their journey, picking up men, exposing them to the virus, and depositing the infected in cities across the country  — Toronto, Winnipeg, Calgary, Vancouver. Because the mission was secret, local public health authorities weren’t warned of the trains’ arrivals. Soon, cities were inundated: an outbreak in eastern and central Canada had been transformed into a countrywide crisis.

The Ocean Limited episode helps explain why, once the pandemic subsided, Canadians got angry. The war had brought an upswing in patriotism, but as the conflict wound down and reports about the deadly operation circulated, citizens realized the state had not only failed to protect them from the virus but had negligently and cavalierly spread it. They expressed their displeasure through electoral revolts and citywide strikes.

This isn’t surprising. Plagues often bring social turmoil. In fourteenth-century England, the Black Death wiped out between 30 and 60 percent of the population, creating labour shortages among peasants, who used their newfound leverage to win higher wages and the right to own land. Disease outbreaks also magnify inequality, making the poor poorer, the sick sicker, and the angry angrier. In 1832, cholera — an illness that disproportionately affected working-class people — ravaged Great Britain and Ireland, fomenting class resentment and ultimately riots in Liverpool, Aberdeen, Glasgow, and Dublin. And, in the 1980s, aids decimated Haiti’s tourist economy, deepening poverty and leading to the uprising that toppled the dictator Jean-Claude Duvalier.

COVID-19 has reminded us that plagues shake things up. In Lebanon, where uprisings over corruption and economic mismanagement were underway prior to the outbreak, protests have been reinvigorated, this time with more violence. Merchants in Wuhan, China, have staged sit-ins in anger at having to pay rent for shuttered business properties. Hundreds of migrant workers in Mumbai have stormed a railway station in opposition to lockdown orders that prevented them from returning home. And, in poor suburbs across Paris, residents — angry at the heavy-handed police tactics used to enforce lockdowns — have torched vehicles and lobbed projectiles at cops.