Alone in the Universe 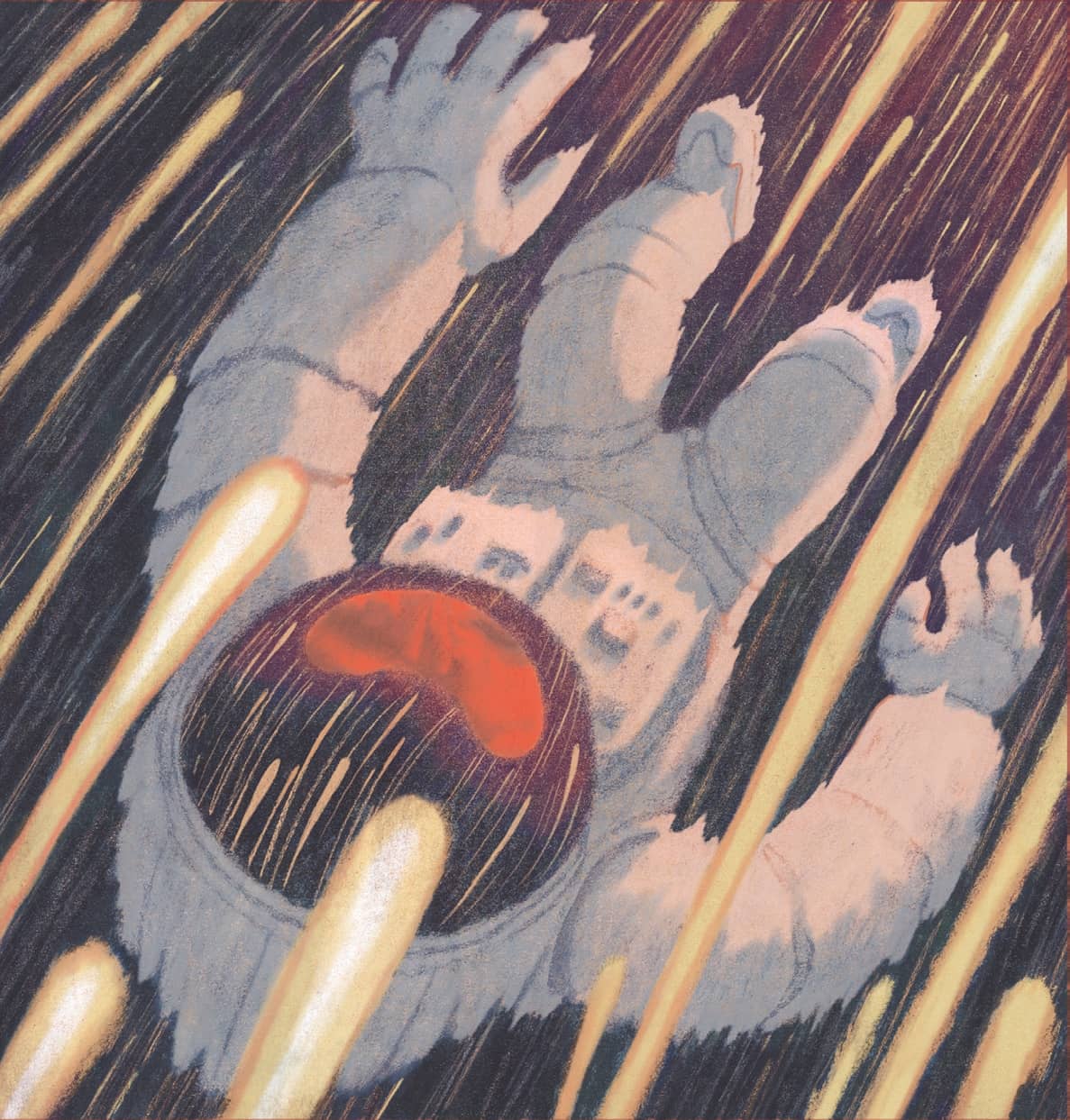 What space missions can teach us about mental health and isolation

AFTER SPENDING 328 days in space, astronaut Christina Koch had another ambitious goal: to walk on the beach. In February, the forty-one-year-old returned to Earth after living aboard the International Space Station for almost a year and working a strenuous schedule that involved hundreds of science experiments and six spacewalks. (Koch was lucky: spacewalks are rare, and only some astronauts get to go outside during their missions.)

Astronauts often struggle with even the most routine physical activities, including walking, after experiencing the weightlessness of space. Some have returned from much shorter sojourns than Koch’s feeling so physically weak they collapsed during press conferences. Some have also struggled to ease back into everyday life after the thrill of a space mission. To improve the transition, every astronaut follows a tailored rehabilitation program when they return; in Koch’s case, that probably involved sixty days of training — split between nasa’s Johnson Space Center, in Houston, and her home — to readjust to Earth’s gravity. The beach wouldn’t mark the end of Koch’s training, but her coach knew that it would offer a mental health boost and that the astronaut’s desire to see the water again would get her through the first few days of exercises. A week after landing, Koch tweeted a picture of herself standing on a beach, arms outstretched in triumph.

In many ways, space can be just as hard on the mind as it is on the body. For astronauts, the isolation, the confinement, and, at times, the uncertainty of space travel can be crushing even though they often spend years preparing for their missions. And, as researchers continue to establish mental health supports for space-bound crews and study travellers who have returned, they’re finding that there’s still much to learn about the long-term psychological effects of these journeys.

Koch had been preparing for her return to Earth while still in space. She told reporters she experienced no serious mental health issues during the mission, in part due to a personal commitment to “always focusing on what I had and not the things I didn’t have.” She also had regular check-ins with a psychologist.

Over the past several decades, space programs have gotten better at recognizing the role of astronauts’ mental health in the success of their missions, this after at least a handful of trips were almost derailed due to concerns related to mental health. In 1968, the Apollo 7 crew experienced such uncomfortable conditions, including dealing with bad colds onboard, that they dismissed requests from ground control and even refused to wear helmets during the dangerous phase of reentering Earth’s atmosphere; the astronauts were not allowed to fly again. In 1973, the Skylab 4 crew, which spent eighty-four days in space, took a day offfrom in-flight research in the face of unrealistic deadlines and against the wishes of mission control; some went so far as to call this behaviour a “ mutiny.”