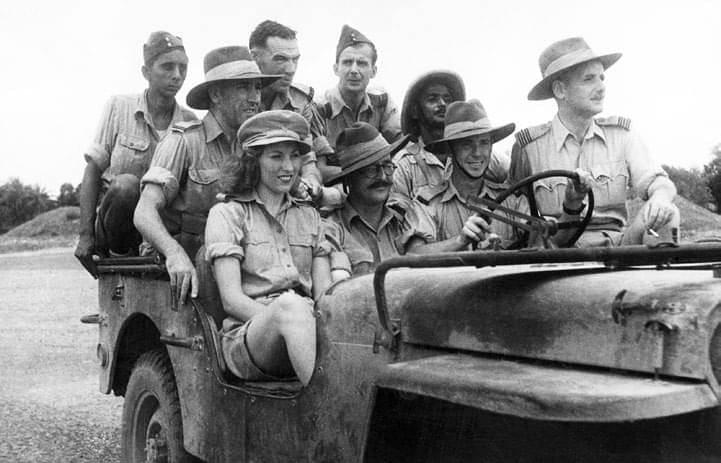 The late Vera Lynn – Oldie of the Year in 2018 and a great friend to the magazine – wrote her last piece for us in May, aged 103

Vera was very brave – she had some hairy times out in the jungle in the war.

But she wasn’t just brave: another great thing about her was that she could laugh at herself. And so she was a joy to work with.

On the 1972 Morecambe & Wise Christmas Show, starring Vera, I worked with my co-writer, John Junkin. Eric Morecambe came up with the inspired thought that Vera comes on the show and doesn’t know they want her to sing. John worked out how to pull off the gag:

Ernie says to Eric, ‘How can we get her to sing?’ and Eric says, ‘Short of starting another war, I’ve no idea.’

Vera was so famous – and so easy-going – that she was a rich source of jokes. She did so many Royal Variety Performances that she was nicknamed King’s Lynn.

I was told this one by the great lyricist Don Black:

‘Do you know who started the war?’ he asked me. ‘Vera Lynn’s agent.’

She was such good company. I remember going to a show with her, where Bill Cotton, Controller of the BBC, was on stage. His father, Billy Cotton, had been one of Vera’s first bandleaders.

‘So nice to see Vera Lynn here tonight,’ Bill Cotton said that evening. ‘It was so sad that she had to leave my father’s band.’