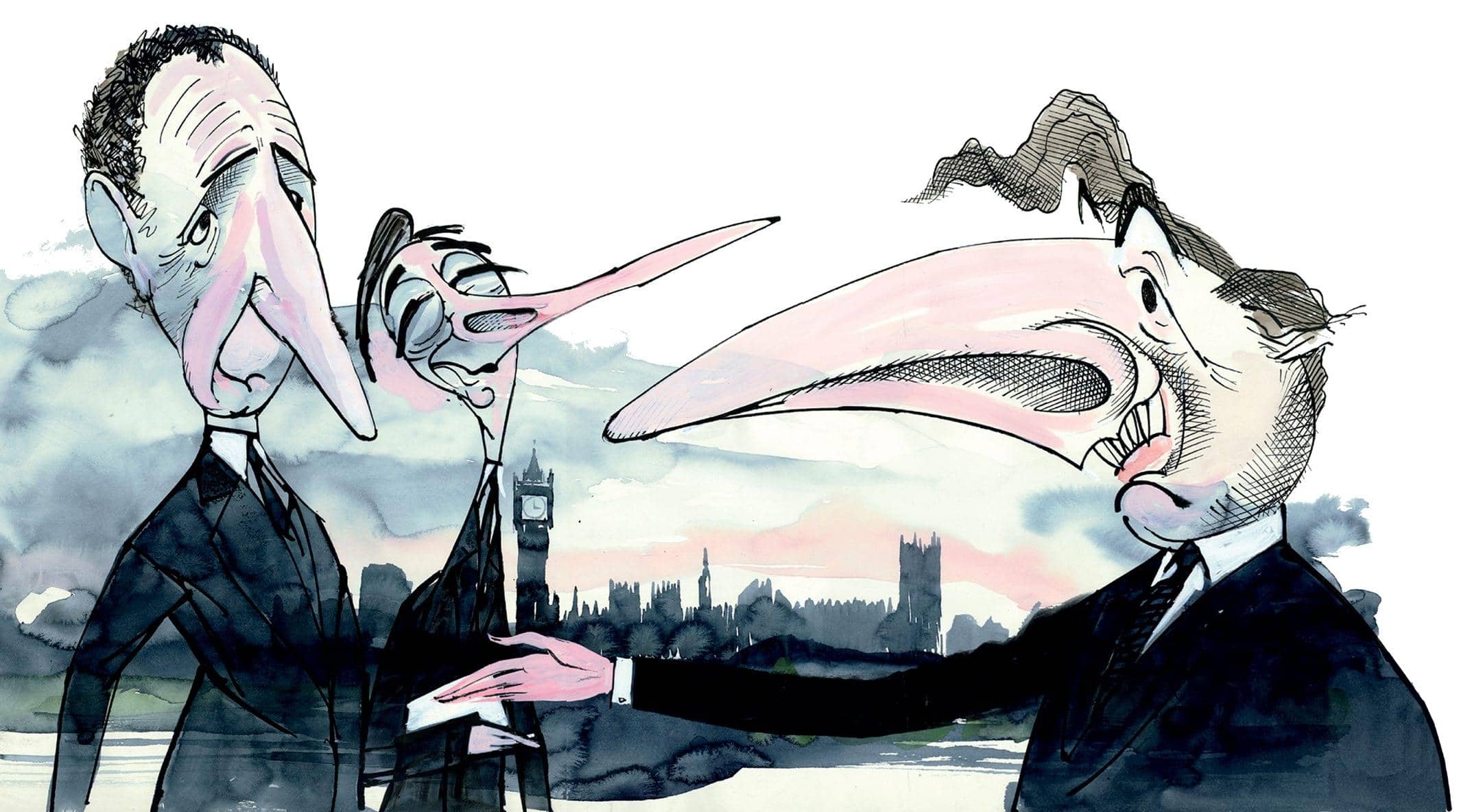 Forty years ago, Gerald Scarfe drew the opening titles for Yes Minister. The show never dates, thanks to the script and the brilliant actors

In 1980, with pencils sharpened and sketchbook under my arm, I made my way to a BBC rehearsal room.

On the first day of rehearsal, things are always a bit edgy – some people don’t know one another; others are old friends who have worked together before. When I arrived, the director, Sydney Lotterby, was already half an hour into rehearsal.

Sydney had contacted me to create the titles for a new comedy the BBC were working on called Yes Minister, written by Antony Jay and Jonathan Lynn. I thought, like others, that it was to be about the church. But now we all know it was a political satire based on the continuing battle between the government and the civil service. The first episode aired 40 years ago, on 25th February 1980.