Travel On top of the world 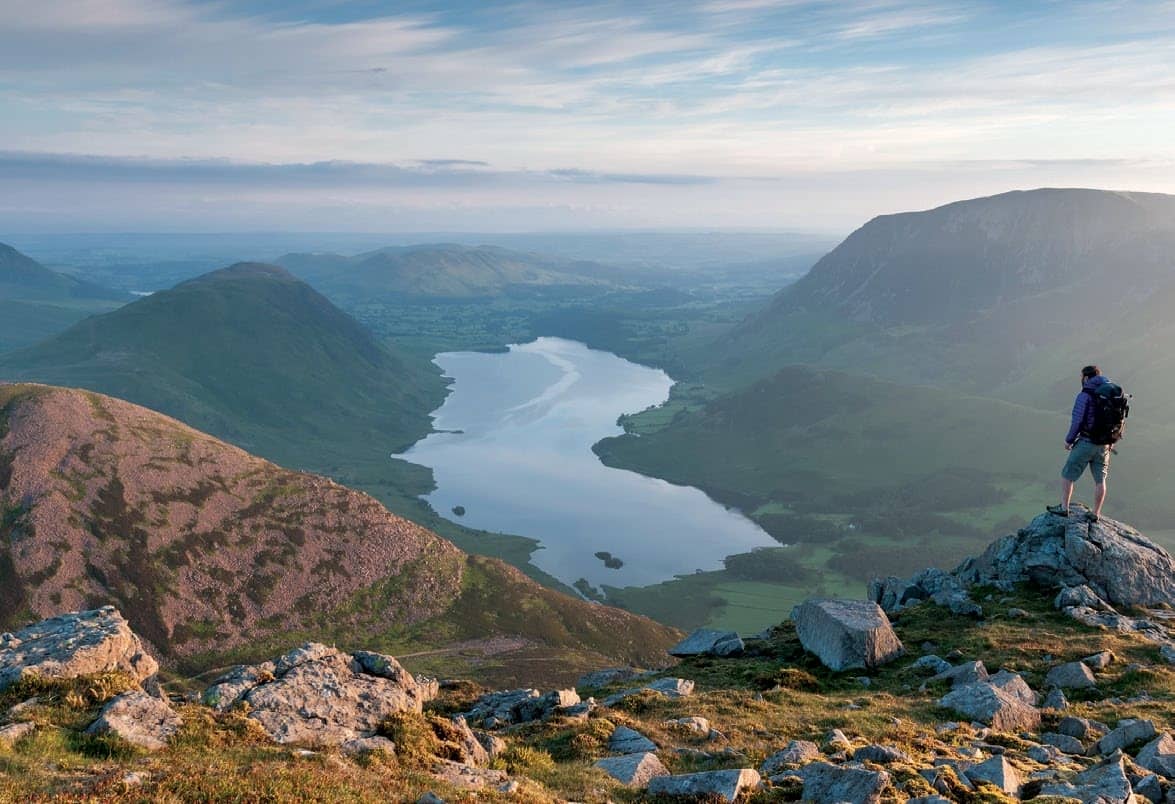 As a boy, Melvyn Bragg biked up and down the fells. At 30, he bought a cottage there. Now 80, he is still bewitched by the Lake District

I was brought up in North Cumbria on the Solway Plain between the fells and the sea. Skiddaw, the northernmost big fell, was most days, clearly in view 12 miles to the south, the guardian of the Lakes, that other country. It was Skiddaw we had in mind when, in the choir, we chanted, ‘I will lift up my eyes to the hills from whence cometh my help.’

My first trip into the Lakes was a choir outing to Keswick, a couple of miles south of Skiddaw. We went on one of the boats that, then as now, motored around Derwentwater, which Wordsworth called the ‘jewel of the Lakes’, stopping half a dozen times to load and offload passengers. We rowed in the awkward rowing boats for hire.

Most of all, I just looked around. It must have been a fine day because I recall so much: the remains of the Celtic fort at the southern tip of the lake, the little bays, the magical island which sank below the surface and came up again – of its own free will, it seemed – and the bigger island once inhabited by St Cuthbert, whose prayer was to die on the same day as Bede.

More memorable than all the details was the sweep of the landscape and the peace: the role of fells in all directions, woods, cliffs, a sense of ever-dissolving and reassembling landscapes as the boat moved around the lake, and the beautiful intricacies of this unique location – at times densely packed and then expansive; now crowded, now solitudinous.

Coleridge first observed that, as you walk up any fell, the prospect changes every two dozen yards. Daniel Defoe, visiting the area, describes its horrors, its fearsomeness; Turner was to transform that into magnificent landscapes; Wordsworth found a language for it that helped drive a revolution.

For some of us, at school with bikes, it became in our adolescence a soaring, swooping masterpiece of nature which we were allowed, tempted, encouraged to occupy. As we – three or four of us – became more adventurous, we would take more sandwiches and go further.