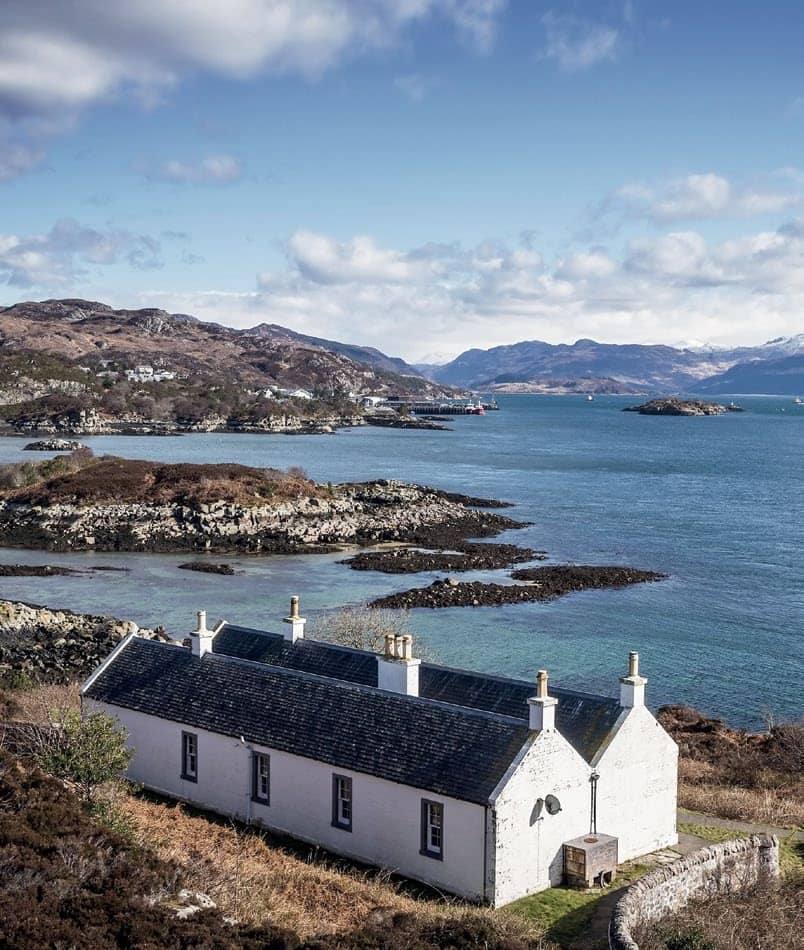 Sixty years after Gavin Maxwell published his Scottish classic, Kevin Pilley visits Eilean Bàn, the island home of the writer and his otters

‘A black sheep led me to the wee island under the Skye Bridge,’ says Katia Auvity, who looks after Gavin Maxwell’s bewitching island house.

Katia should have celebrated her 60th birthday this year by spending her summer working as a volunteer warden and tour guide on Eilean Bàn.

Katia is from Clairac, near Bordeaux. Skye is her second home. In France, she works at a cat-rescue centre. Formerly, she was a veterinary lab assistant.

‘Maxwell is unknown in France,’ she says. ‘I first saw the film about him in 2007 and was immediately fascinated. I read everything I could. My love for animals made me naturally receptive to his work. On my first visit, opening the gate into Eilean Bàn was like entering a different world. I applied for a job.’

This should have been her third summer on Eilean Bàn. But, thanks to coronavirus, she’s had to wait till this October to return and for tours to start up again.

‘It’s an amazing place,’ she says. ‘Not many people have a lighthouse in their office!’

Gavin Maxwell (1914-1969) spoilt his house guests – his adored otters. He fed them live eels for breakfast and allowed them to share his bed and nibble his earlobes. Once, so that one pet otter would be allowed to share his overnight sleeper compartment from London, he described it as an Illyrian poodle.