Reaching for the stars – in their dressing rooms 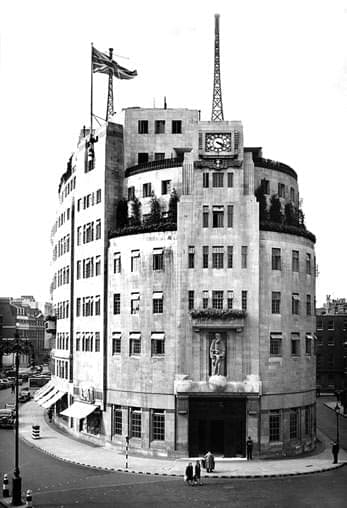 For 20 years at the BBC, Jenny Bardwell sprinkled stardust over dull broadcasts. Now she’s found the old tapes – with their rich, lost voices

I saw Broadcasting House in Langham Place for the first time aged 14. I was hovering outside with a gaggle of girls from Purley, longing for a glimpse of David Cassidy. My mate Jacqui told me that some of the people working inside that iconic battleship were secretaries, and that turned out to be my way in.

Aged 19, I wrote to the Beeb and then did a speed test on a ‘golfball’ typewriter. They put me straight to work on their radio ‘secretarial reserve’. Over the next 20 years, wherever I ended up in the BBC, I would try to inject a little theatrical glamour into the programs (and my life) – on the slenderest of pretexts.

An old shoebox contains cassette copies of radio I was involved with during the 1980s and ’90s. Before they perish on a skip, I wipe down my old ghetto-blaster and insert. Suddenly, the room is alive with rich, tremulous voices.

Me: ‘And what is your favorite meal in the whole world?’ Sir Michael Hordern (with a wicked twinkle in his eye): ‘Oh, I’m very fond of oysters – but you don’t have to cook them [laughter].’

Next, a nasal drawl from across the pond: ‘I never eat kinky food – I would rather die than eat an oyster, a clam, a squid or any of those terrible things.’ Ah yes, Dame Quentin Crisp.

I was a true stage-door Jenny, much happier chatting up the stars in their dressing rooms than ordering stationery back in the office.

Derek Cooper (now there was a voice – every syllable – redolent of a peaty Talisker from his beloved Skye) was presenting The Food Programme in 1989 and I was the broadcast assistant. One morning, I overheard him complain about an envelope shortage because ‘Jenny hasn’t done a chit.’ I’d never heard of a chit. When I took him his tea in a polystyrene cup, he would say, ‘You do know how to spoil a poor old soul.’

I was a hungry wannabe producer although, back then, I was more interested in theatre than in food.