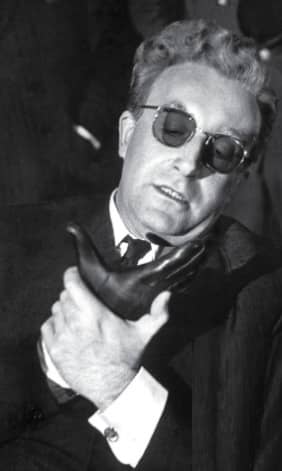 On the 40th anniversary of the actor’s death, his biographer Roger Lewis admires a sinister genius, who was quite off his head

Peter Sellers, who died 40 years ago, was like a tree filled with birds – all those accents and voices, sounds and imitations. He began his career in the dubbing booth, playing Mexican bandits, Churchill, Humphrey Bogart, parrots – anything extraneous that needed adding anonymously to movie soundtracks. In the fifties, when he first made his name, he was an indispensable character on radio, appearing alongside Ted Ray and doing spots on Workers’ Playtime, making jokes about corsets.

Sellers’s huge facility culminated in The Goon Show, which is still beloved. With its gunfire, explosions and army jokes, it is the Second World War re-enacted as comedy. Spike Milligan and Harry Secombe, his co-stars, were unnerved by Sellers’ almost sinister ability to switch between all his roles – quavering Henry Crun, crusty Denis Bloodnok, squeaky adolescent Bluebottle and the rest – and perhaps one of the reasons he was so good and remains a household name, is that in being so convincing at turning himself into other people, Sellers also happened to be off his head.

Sellers’s origins were in the gaudy, slightly musty music halls. His (Bradford) father had a ukulele act; his (Portuguese Jewish) mother was a quick-change artist. He spent his childhood touring round shabby theatres and end-of-the-pier concert rooms, as his parents appeared in shows at out-offseason resorts such as Ilfracombe or Southsea. He remained deeply nostalgic for this magical past. In his work, there is always the exuberance of the magician and Victorian actor-manager, fond of the make-up box, false noses, limelight and exaggerated, often preposterous effects.

Yet where most of us, having grown up, settle on a single personality, a fixed destiny and a real self that is consistent from day to day, Sellers never did. He was psychologically fluid, dissatisfied, his accent and bodily mannerisms altering, as if he was still doing his impressions act on the stage or before the microphone. Wives and offspring would find this bewildering and painful.