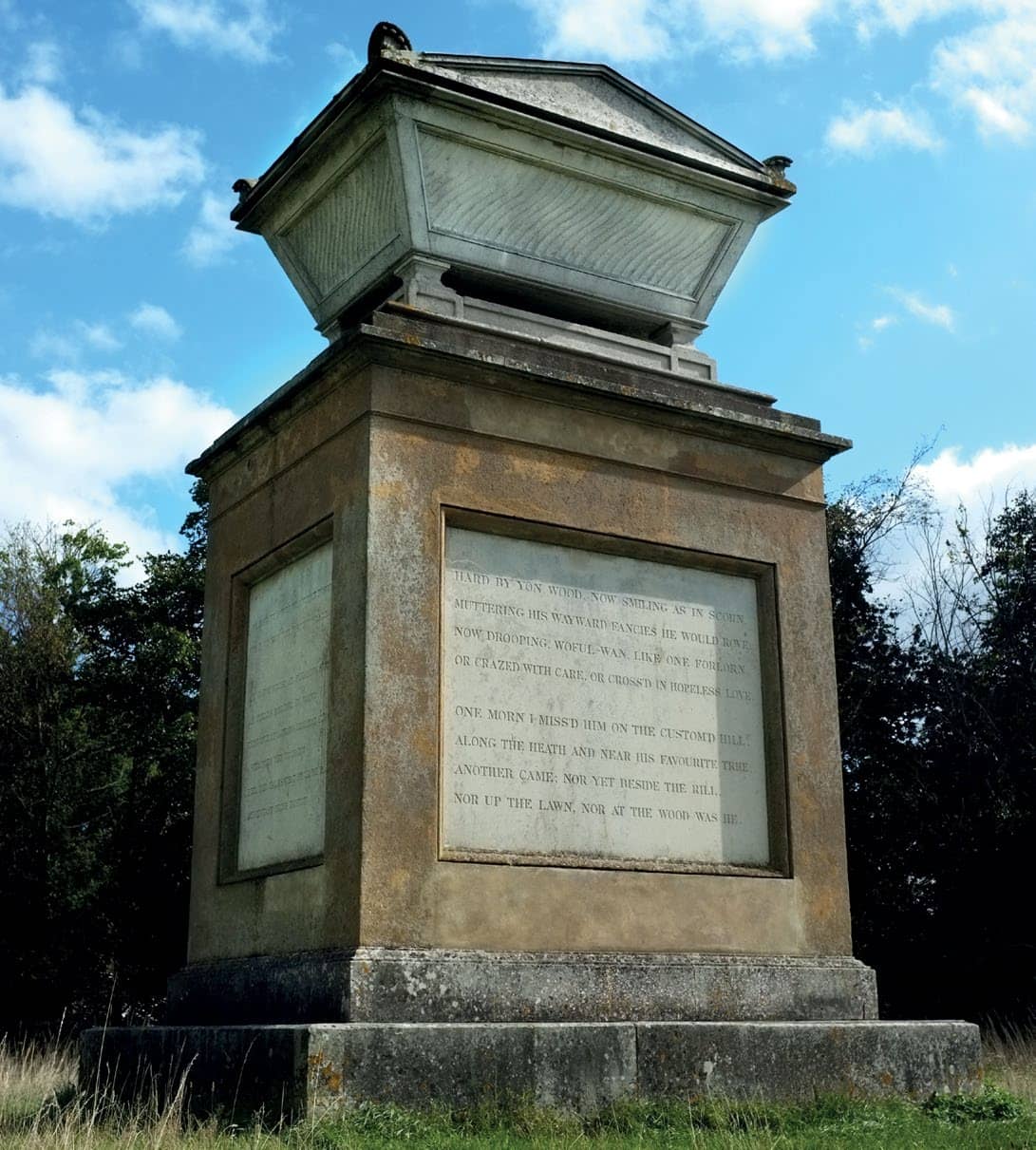 A surprise of considerable distinction is to be found two miles north of Slough.

It’s down a woodland path, arranged so that the approach seems somewhat theatrical, adjoining the churchyard of St Giles’s, Stoke Poges, Buckinghamshire.

Suddenly you come upon it: a huge, neoclassical, fluted stone sarcophagus, rearing its beauty high into the sky. Its corners fly forth with acroteria, atop a 22-foot-high rectangular plinth faced with yellow Bath stone.

Four inset panels in dazzlingly contrasting white Portland stone are inscribed with graceful classical lettering honouring the poet Thomas Gray (1716-71). Considered by many to be the greatest lyricist of the mid-18th century, he was a forerunner of the romantic poets.

His most celebrated work, Elegy Written in a Country Churchyard, was reputedly based on the graveyard here at St Giles’s, which survives to this day – albeit rather too tidied up for comfort with standard roses.

The poem was to be a sensation from the start; imitated, pirated and liberally quoted, as well as translated into both Latin and Greek. In 1759, during the Seven Years’ War, before the Battle of the Plains of Abraham, the British General James Wolfe is said to have recited it to one of his officers, ending with the words, ‘I would prefer being the author of that poem to the glory of beating the French tomorrow.’

Three of Gray’s works blaze forth on the monument, as well as his epitaph, written by John Penn – who also proposed the monument – from the famed local family. His grandfather founded Pennsylvania and he himself was a friend of the poet, as well as being a distinguished scholar in his own right.