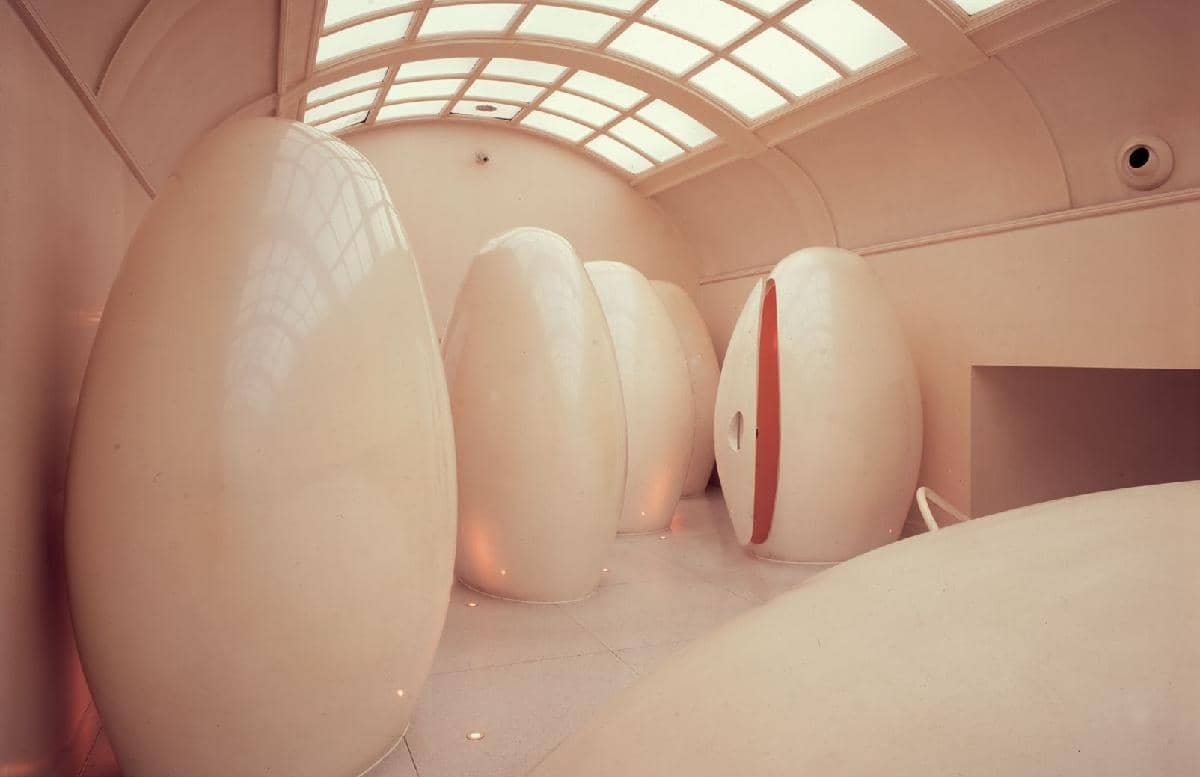 Behind its Georgian, stucco façade, a Mayfair restaurant heralds a new dawn in British lavatorial design

This is as surreal a spot as it is possible to imagine: 12 seven-feet-high fibreglass eggs, each containing a lavatory. They were created in 2003 inside sketch (no upper-case letters here!) restaurant in London’s Mayfair.

They were designed by Algerian restaurateur Mourad Mazouz to be the stars of the restaurant’s glazed atrium. Built in 1859, the atrium was designed by congregationalist James Edmeston, an architect and author of 2,000 hymns. He wrote one every Sunday, including Lead us, Heavenly Father, lead us.

What a curious discovery! Such shocks to the senses abound in this building, with an assembly of bars and restaurants designed to within an inch of their 21st-century lives. They lie behind a distinguished façade of 1779, designed by James Wyatt, architect to George III.

Only a strange, faceless stone dog affixed to the wall prepares you for the abundance of decorative oddities behind the 18th-century exterior. With arched and pedimented windows, as well as gigantic pilasters and garlanded friezes, your neoclassical expectations are high.

Yet even this turns out to be a pleasing surprise, for the handsome ‘stone’ exterior is in fact stucco: one of the first buildings in the world ever to be given this fine coating of plaster. One Dr Bryan Higgins took out a patent for the process in 1779, the very year this house was built.

No 9 Conduit Street, though, is not like others. Straight away, the shocks are extreme. Wyatt’s barrel-vaulted hall ceiling has been gilded and the staircase has thick swirls of pink and puce resin dripping down the steps.