King of the Army 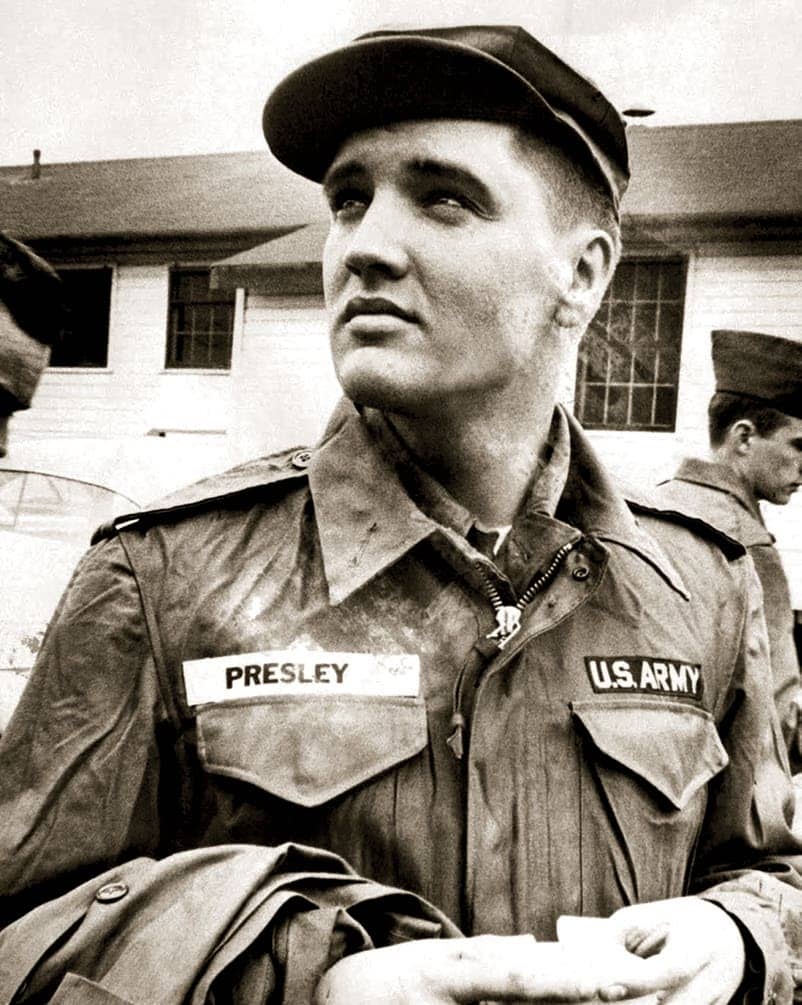 It was John Lennon who said, ‘Elvis died the day he went into the army.’ Sixty years ago, the King of Rock ’n’ Roll completed his two years’ military service – most of it in Germany, learning tank gunnery, scouting and other skills as part of the Third Armoured Division, the fabled ‘mailed fist of Europe’, based at Friedberg. And it’s 60 years since one of his most popular films, GI Blues.

Lennon was one for the snappy soundbite (‘We’re more popular than Jesus’). But this was no throwaway remark. Elvis mattered to Lennon, with his radical-rebel image, absence of constraint and songs like Heartbreak Hotel.

So for ‘the Pelvis’ – sensual, wild and unpredictable (Elvis himself found the nickname disgusting) – to join the army must have seemed like a neutering of the ‘Hillbilly Cat’.

Elvis joined as a regular soldier, rejecting the blandishments of all branches of the armed services to be drafted as an entertainer – in the so-called Special Services – which meant not getting muddy.

He was a good soldier, and one of the boys. Patriotism and duty drove him: he told the Memphis Press-Scimitar of his gratitude for ‘what this country has given me. And now I’m ready to return a little. It’s the only adult way to look at it.’ But his mother, Gladys, cried for days when he got the draft.

For Presley’s greedy manager Colonel Tom Parker, Elvis’s service as a regular soldier, not an entertainer, came down to money. No one was going to get Parker’s sole client to sing free of charge.

His time in the service would bring new maturity, bookended as it was by two cataclysmic events. First was the death of his mother, aged 46, of alcohol-related liver disease in 1958, just before he shipped out to Germany. And secondly, he fell in love with the beautiful daughter of an Air Force captain stationed at Wiesbaden: Priscilla Beaulieu.