Christopher Robin did adore his bear 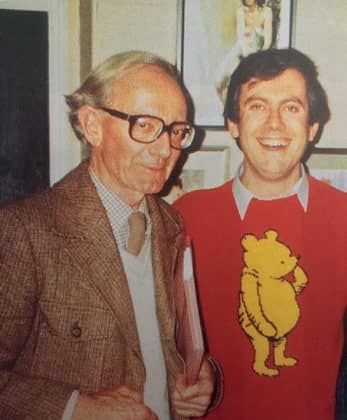 He told me he loved Winnie-the-Pooh – and his father, AA Milne

Christopher Robin Milne, the real Christopher Robin, was born 100 years ago, on 21st August 1920, and I think it’s about time the truth was told. He didn’t hate Winnie-the-Pooh.

He didn’t despise his father. He did not regret being the most famous real boy in all literature.

You might think he did from what you’ve read, and from some of the things he sometimes said, but you would be wrong. At the beginning and, more importantly, at the end of his life (he died in 1996, aged 75), Christopher was quite happy with who he was. I know because he told me.

Christopher was the only son of Alan and Daphne Milne. In the 1920s, A A Milne was celebrated as a prolific Punch columnist (the Alan Coren of his day) and a successful West End playwright (the Alan Ayckbourn of his day) and then, between 1924 and 1928, in four small books – two story books and two collections of nursery verses – he created characters and a world that became as universally famous as Alice in Wonderland or Harry Potter.

When I first got to know him in the 1980s, Christopher had just turned 60. He seemed older. He was a little bent, with owlish glasses and a mischievous twinkle in his eye. I had been warned that I would find him painfully shy, diffident about his parents, reluctant to talk about Pooh. In fact, he was consciously charming, gentle but forthcoming.