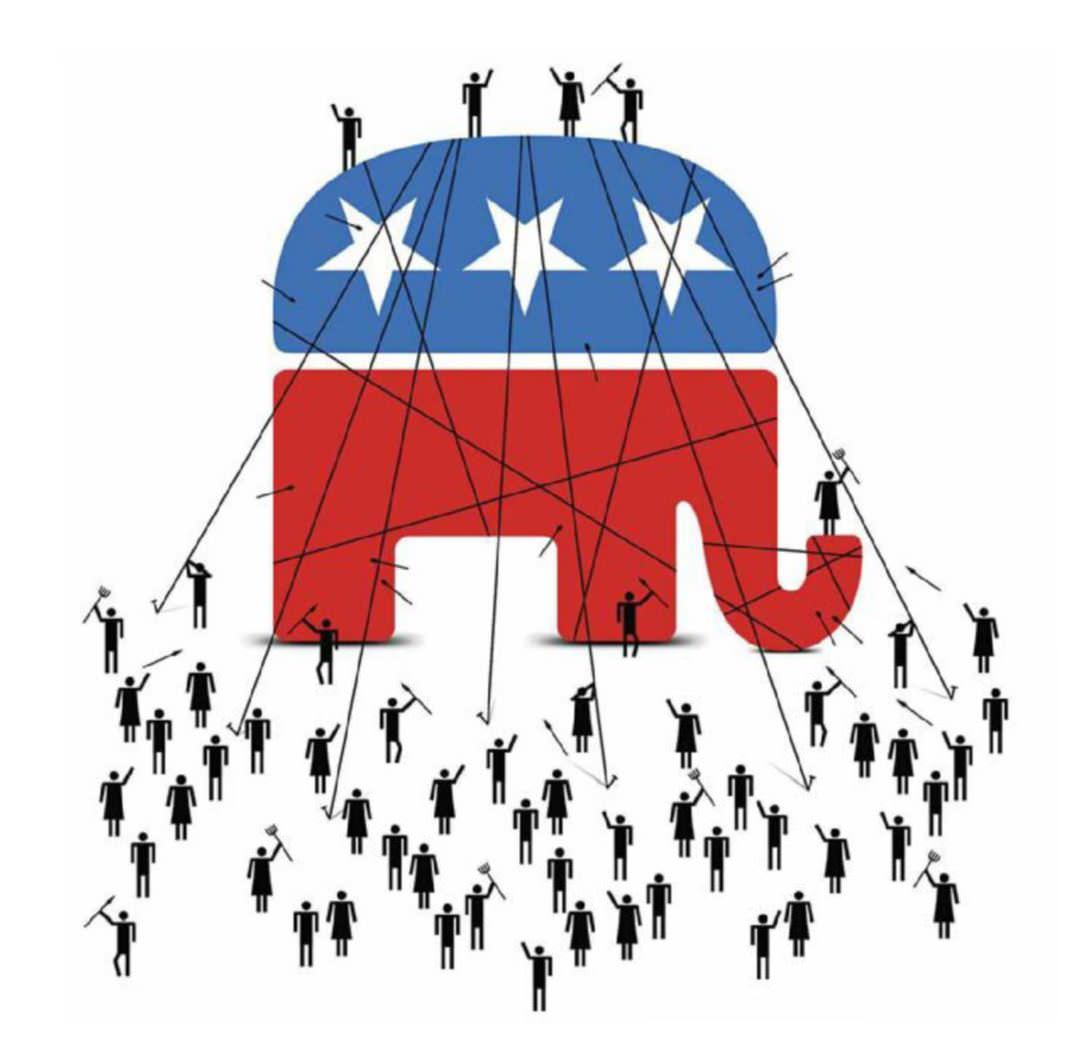 Were we better off when the parties had more control over candidates?

In the late evening of August 29, 1968, a balding fifty-seven-year-old wearing a black suit and a black tie took the stage at the International Amphitheatre, in Chicago, to accept his party’s nomination for the Presidency of the United States. Framed by a gray backdrop, Hubert Humphrey promised America a bright new day: “It is the special genius of the Democratic Party that it welcomes change, not as an enemy but as an ally; not as a force to be suppressed but as an instrument of progress to be encouraged.”

When he was first elected to the U.S. Senate, some two decades earlier, Humphrey was hailed as a liberal hero for his outspoken support of civil rights. When he served as Lyndon B. Johnson’s Vice-President, he continued to champion progressive causes like equal opportunity hiring and privately expressed misgivings about the military escalation in Vietnam. But, during the primaries, he did not publicly distance himself from Johnson even as the President became less and less popular, and activists gradually came to see Humphrey as the hapless face of a failing establishment. “Once a fiery liberal spirit,” the satirist Tom Lehrer lamented in song, “Ah, but now when he speaks he must clear it. /Second fiddle’s a hard part, I know, /When they don’t even give you a bow.”

If many liberals were skeptical of Humphrey’s views, they were livid about the manner of his elevation. There were only fourteen state primaries leading up to the Convention, and they were essentially contests between two candidates, Eugene McCarthy and Bobby Kennedy, both of whom were staunchly opposed to the Vietnam War. After Kennedy was assassinated, in early June, antiwar Democrats pinned their hopes on McCarthy. Yet Humphrey, who did not stand in a single primary and had promised (albeit reluctantly) to stay the course in Vietnam, was now being anointed as the Party’s standard-bearer.

Feeling shut out by the Democratic Party, thousands of Americans took their anger to the streets of Chicago. Outside the convention hall, before Humphrey invoked the prospect of a more peaceful future, cops were staging what, according to a later report, could “only be called a police riot.” Making little distinction between the violent and the peaceful, or between youths who had come to protest the war and locals who just happened to be passing by, the police beat, kicked, and teargassed protesters in front of a huge television audience.

That fall, Richard Nixon won the Presidential election, and calls for a radical reform of the Democratic Party grew irresistible. And so a commission chaired by George McGovern, a wellliked senator from South Dakota, and Donald Fraser, a liberal congressman from Minnesota, set out to remake the Party from the ground up. The commission’s guiding principle: “Popular control of the Democratic Party is necessary for its survival.”

The consequences of their reforms were profound. The nominee of the Democratic Party would be chosen in primaries open to the general public rather than at conventions dominated by Party bosses. Quotas would insure that delegations to the National Convention contained women, African-Americans, and young people “in reasonable relation to their presence” in a state’s population. All in all, one scholar of the commission concluded, the reforms amounted to “the greatest systematically planned and centrally imposed shift in the institutions of delegate selection in all of American history.”

Grateful for the changes McGovern had spearheaded, newly empowered Party activists chose him as their candidate for the 1972 Presidential election. But though the antiwar senator was highly regarded by the Party faithful, he was also, amid the surrounding culture wars, highly unpopular with ordinary Americans. In one of the most lopsided elections in the country’s history, McGovern was trounced by Richard Nixon, carrying only Massachusetts and the District of Columbia. “I opened the doors of the Democratic Party,” a dumbfounded McGovern admitted in the wake of his defeat, “and twenty million people walked out.”

According to two Yale political scientists, he shouldn’t have been so surprised. The most important ingredient of a functioning democracy, Frances McCall Rosenbluth and Ian Shapiro argue, in “Responsible Parties: Saving Democracy from Itself ” (Yale), is strong political parties that can keep their rank-and-file members in check. In a successful political system, the authors say, two big parties compete for popular support by developing and implementing a cohesive platform. Unlike individual candidates, who might stay in power for only a few years, such parties have a vested interest in maintaining a good reputation over the course of decades. And unlike political newcomers, who may have little sense of what governments can actually achieve, they have the experience and the financial resources to develop effective proposals for political reform. Thanks to “long-view horizons” and “incentives to invest in relevant information about the effects of policy choices,” strong parties are more likely to promote the interests of the general public.

The kind of reform encouraged by the McGovern-Fraser Commission, and copied by the Republican Party, undercuts both of these functions. The activists who are now in charge, Rosenbluth and Shapiro contend, simply don’t have the expertise to construct a coherent policy program. Because they don’t have a stake in the long-term future of the Party, they are more liable to make irresponsible promises. And, since primaries and caucuses are much more likely to recruit from the political extremes, their elevation has actually made parties less responsive to the views of ordinary citizens. All in all, Rosenbluth and Shapiro argue, the efforts to increase voters’ direct control over political parties “turn out to be the political equivalent of bloodletting. Either they have no impact on the malady they are meant to address or— more often—they make it worse. Rebuilding well-functioning democracies means reversing this trend.”

When Donald Trump first announced that he would seek the Republican nomination, many journalists dismissed his Presidential bid as a publicity stunt. The Huffington Post said that it planned to cover the candidate in its entertainment section. “Our reason is simple: Trump’s campaign is a sideshow,” readers were told. “We won’t take the bait. If you are interested in what The Donald has to say, you’ll find it next to our stories on the Kardashians and The Bachelorette.”