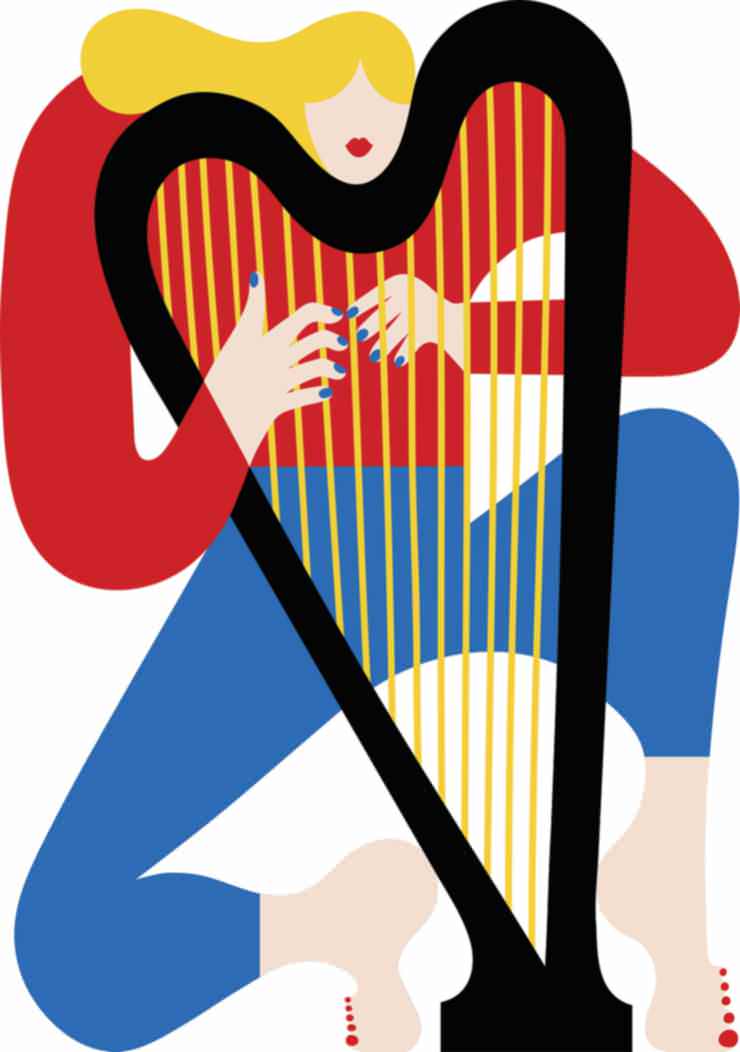 One night, when Jeff Majors was fifteen, he dreamed that he was being pursued by evil spirits. All he had to defend himself with was a harp, an instrument that he had never seen in real life. But, as he played it, the notes turned into arrows, and his tormentors, convinced that he was an angel, left him alone. Majors, who was living in Washington, D.C., shared his dream with a local cabinetmaker who ran a small music shop. The man seemed puzzled and told Majors not to come back until he called him. A couple of months later, the man presented Majors with a miniature harp he had built. He said, “Whatever you wanna do with it, do with it what needs to be done, and enjoy yourself.”

In the mid-seventies, Majors began studying with the visionary jazz harpist Alice Coltrane, who viewed music as a pathway to divine transcendence. Coltrane taught him to approach the harp from a spiritual perspective, which wasn’t difficult, given the circumstances that had brought him under the instrument’s spell. Her training involved months in which Majors was not allowed to touch his harp at all. She wanted him, instead, to listen to everything that was going on around him. In 1986, after years of playing in jazz ensembles, Majors released “For Us All (Yoka Boka),” a smooth, if at times unpredictable, fusion of soul, jazz, and New Age. There are even moments when it sounds like a post-punk band covering old jazz standards. In the first few seconds of the opener, “Yasmeen,” you can hear the fads of the time—tinny, anxious drum machines, virtuoso squiggles of synthesizer. But then Majors’s harp enters with a glistening sweep, and a song that felt uptight, hectic, and, in a dated way, “modern,” melts into something delicate and almost naïvely uplifting.