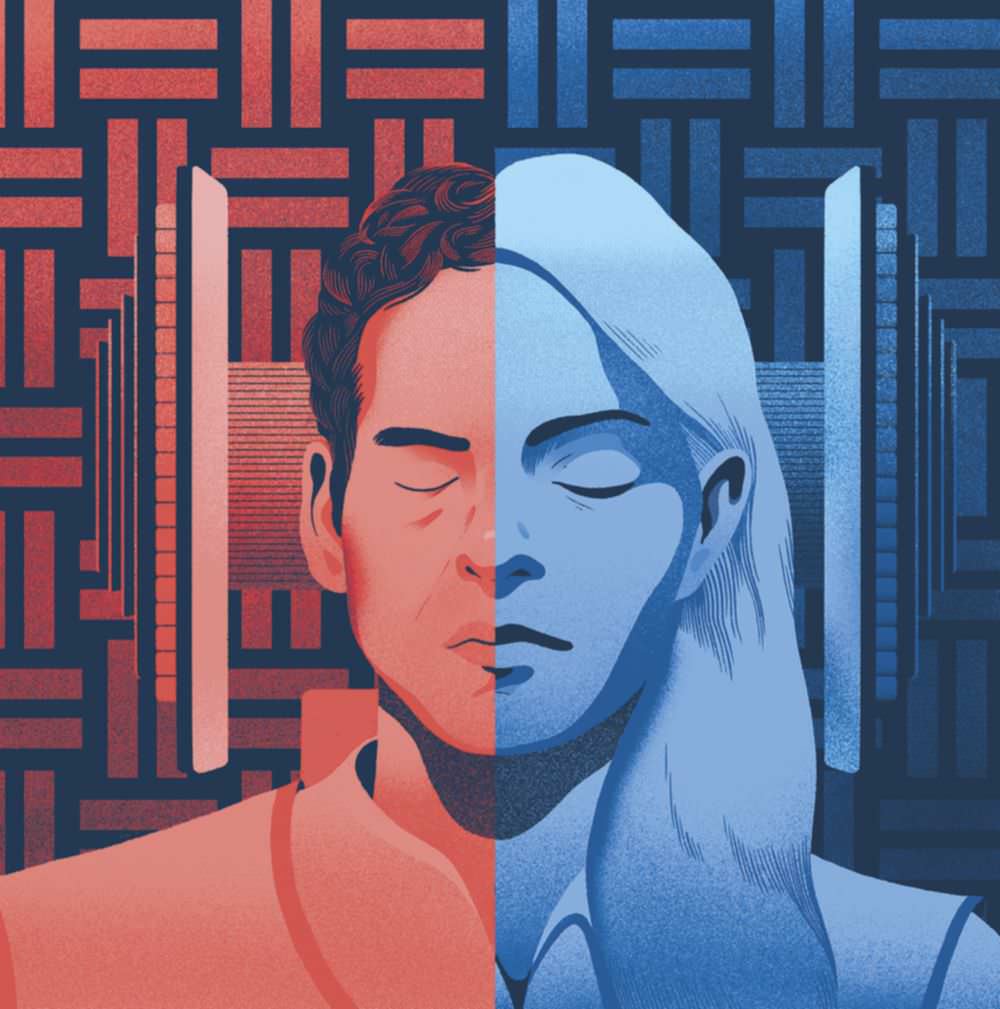 Mind games on “Maniac” and “Dietland.”

During the first episode of “Maniac,” on Netflix, a Russian tour guide steers some red-baseball-capped tourists past a monument in New York Harbor: a flashy gold “Statue of Extra Liberty,” her wings spread wide, wielding a sword. It’s a throwaway visual gag, never revisited, but it made me snort, suggesting as it did something brain-twisty and satirical.

It’s easy to get hopped up, at first, on the look and feel of “Maniac,” an archly dystopic series about two unhappy people, Owen and Annie, who volunteer for an experimental drug trial. The show has its own vibe of Extra Liberty, of dreamy aesthetic excess, with popcorn popping on New York sidewalks and scientists moodily chain-smoking in labs. Written by the novelist Patrick Somerville, inspired by a Norwegian series, and directed by Cary Fukunaga, the show fills frames with inventive imagery, like a tiny pooper-scooper robot that follows dogs down the street, or Ad Buddy, a cash-replacement service that pairs you with a human being who tags along on the subway, shilling like an advertorial. A bit “Mr. Robot,” a bit “Black Mirror,” “Maniac” evokes an ad-drenched universe full of dicey cure-alls, sold to remedy the alienation this world creates—a place just adjacent to our own.

Unfortunately, these promising themes dissolve, episode by episode, into something more like forced quirkiness, revealing a buried conventionality, the curse of way too much cool-looking TV. Jonah Hill plays Owen, the loser son of a family of “Succession”-like Upper East Side creeps; Emma Stone is Annie, a spitfire with a tragic backstory. He’s schizophrenic; she’s an addict. Their paths collide when they end up in a study conducted by Neberdine Pharmaceutical Biotech, which is run by a set of sinister scientists, one of whom is played by Justin Theroux, doing a self-mocking take on the misery of “The Leftovers.” The study involves a sequence of pills—A, B, and C—designed to eradicate unhappiness. But things go haywire; the scientists overseeing the experiment are a mess, as is their Hal-like computer, which blinks out her distress. Late in the season, Sally Field pops up, as a narcissistic guru, but even she isn’t enough to make the story click.

Owen, whose schizophrenia is alternately presented as a genuine condition and as a metaphor, can’t distinguish between what’s real and what’s not. We’re nudged to feel something similar. But even an unreal world needs characters who make sense, particularly in a series that is as gooily devoted to exploring those characters’ inner lives as “Maniac” turns out to be. On this level, the show is half-baked and inconsistent: we’ve got a sad man and a badass woman, but they never feel like more than conceits, pre-stocked with conflict and resolution.