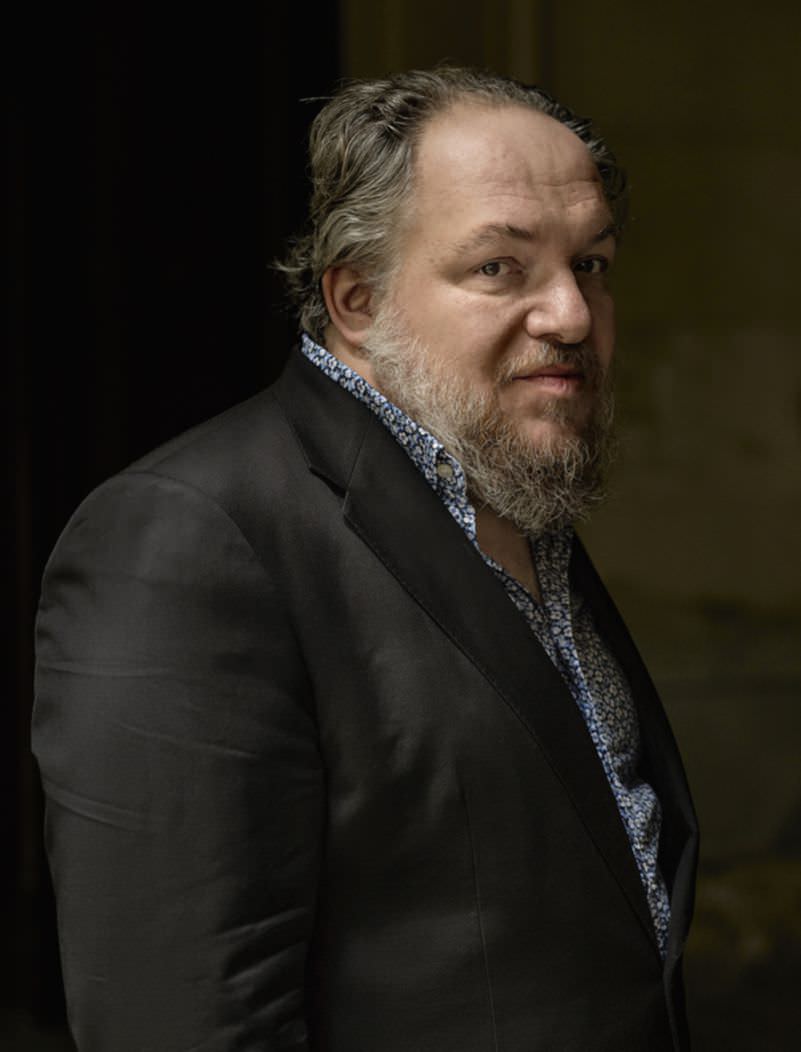 In Mathias Énard’s fiction, East is West and West is East.

Michelangelo doesn’t want a fiefdom in the Balkans; he wants cold, hard ducats. It is 1506, and “Il Divino” is in Constantinople at the invitation of Bayezid II. The Ottoman ruler has commissioned a bridge across the Golden Horn, an immortal structure to secure the great destiny of his continent-straddling capital. Glory awaits the artist in this Oriental Rome, but the promised reward of a Bosnian village threatens his cherished independence. In a fit of pique, he hurls a caged monkey across his quarters. His companion Mesihi—a courtier-poet tragically enamored of the moody, musky Florentine—holds back uncomprehending tears. Will Michelangelo’s provincial insecurity spoil this chance to vanquish his competitors, taste the liberating pleasures of transcontinental homoerotics, and bind two worlds with an unprecedented feat of artistry and engineering?

Bayezid really did approach Michelangelo to bridge the Golden Horn, the natural harbor created by an inlet of the Bosporus; Leonardo da Vinci had already proposed a design, but it proved impossible to engineer. At the time of the commission, the thirty-one-year-old sculptor of “David” was sulking at home after a quarrel with Pope Julius II. Though he seriously entertained the Sultan’s proposal—despite warnings from Florentine statesmen that it would be “better to choose death with the Pope than to keep in life by going to the Turk”—there is no evidence that he ever replied, much less set foot in Constantinople. All the same, the slight, tantalizing possibility of his visit provides the premise of Mathias Énard’s novel “Tell Them of Battles, Kings, and Elephants” (New Directions), a richly suggestive Renaissance counternarrative by the author of “Zone” and “Compass.” Like Michelangelo’s “The Creation of Adam,” the story hangs on the electric potential of an unrealized touch: Énard imagines what might have happened had Michelangelo exposed his genius, so decisive in the history of European art, to the great Ottoman metropolis.

Many writers have been irresistibly drawn to the gaps in artists’ biographies. Consider Derek Walcott’s “Tiepolo’s Hound,” a book-length poem that asks what Camille Pissarro’s Impressionism owed to the landscapes of his Caribbean childhood, or Colm Tóibín’s novel “The Master,” a meditation on the repressed inner life of Henry James. A tight focus can be a virtue for these literary alternatives to alternate history; Ersi Sotiropoulos’s novel “What’s Left of the Night” follows a young Constantine Cavafy on a trip to Paris that lasted only three days. In a lecture on “true” stories in historical fiction, the writer A. S. Byatt observed that, just as academics grew suspicious of narrative artifice, novelists became preoccupied with “impossible precision.” Scholarship and fiction had, as she saw it, “changed places in a dance.”

Mathias Énard, a decorated French novelist and a former lecturer in Arabic at the Autonomous University of Barcelona, probably wouldn’t like to be called an Orientalist. (Nobody does since Edward Said put the field to rout a generation ago.) Yet he inherits from the discipline not only its seemingly limitless purview—poetry, geopolitics, philology; Beirut, Borneo, the Balkans—but also the zany amplitude of activity that characterized its leading figures. Born in 1972 in Niort, a small town in western France, Énard studied Arabic and Persian, and travelled widely in his twenties, before settling in Barcelona in 2000.

His accomplishments recall the curricula vitae of those Victorians who were at once field archeologists, colonial administrators, specialists in medieval poetry, spiritualists, and spies. Énard has published scholarly articles on contemporary Palestinian and Iraqi literature; a collection of poems entitled “Dernière Communication à la Société Proustienne de Barcelone” (while it sounds like the conceit of a Bolaño novel, Énard really belongs to the organization); and numerous shorter fictions. For a time, he ran a Lebanese restaurant in Barcelona. As a translator from Farsi, Spanish, and Arabic into French, he has published comically obscene erotic verse by the nineteenth-century Iranian poet Mirzâ Habib Esfahâni, experimental fiction by Robert JuanCantavella, and the journals of Yussef Bazzi, a former child soldier in the Lebanese Civil War. He is an aficionado of comic books and graphic novels, regularly writing reviews for Le Monde’s “C’est Graphique” and recently publishing a contribution to the genre, “Prendre Refuge,” with the artist Zeina Abirached. (One strand of the narrative imagines a lesbian romance between an archeologist and the Swiss travel writer Annemarie Schwarzenbach, unfolding under Afghanistan’s Bamiyan Buddhas on the eve of the Second World War.)