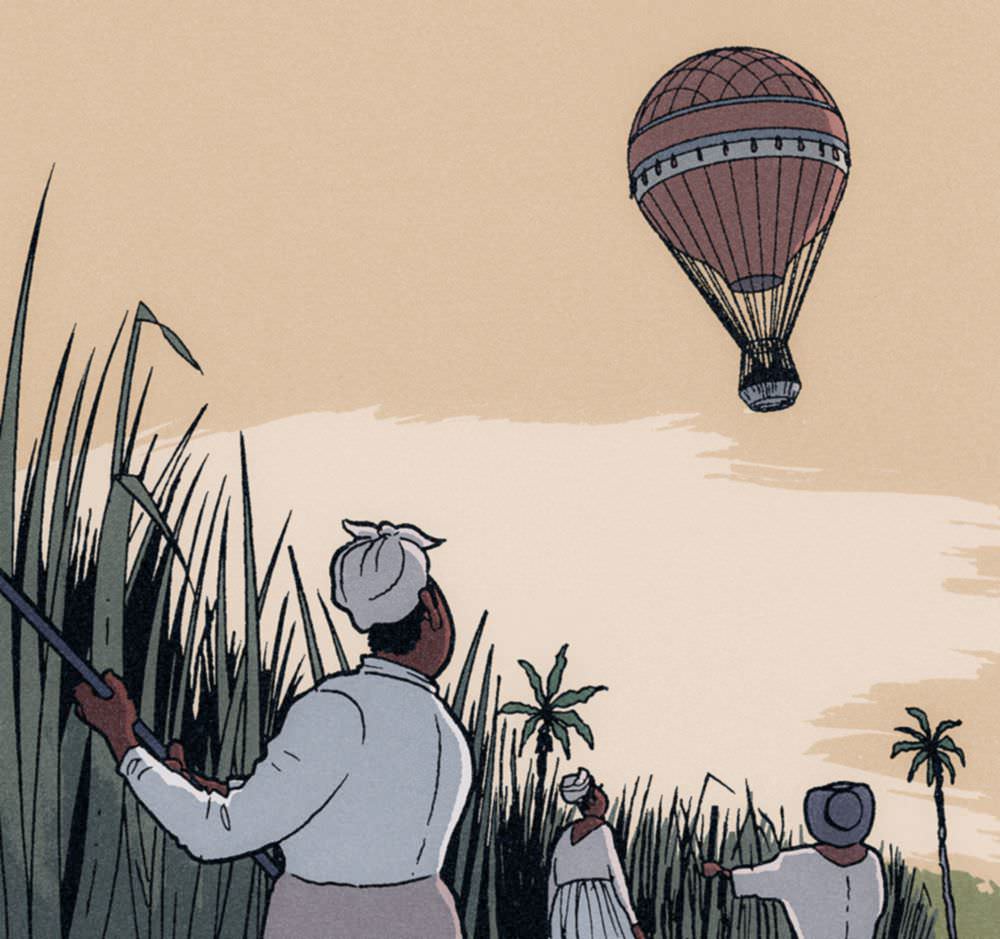 “Tell me, child, have you ever witnessed a harvest moon through a reflector scope?” These are among the first words addressed to George Washington (Wash) Black, an unlettered, twelve-year-old slave on a brutal Barbados sugar plantation, by Christopher (Titch) Wilde, gentleman scientist and the brother of Wash’s sadistic British master. In Esi Edugyan’s third novel, “Washington Black” (Knopf ), Titch’s inquiry marks the beginning of a friendship both beautiful and tormenting, liberating and circumscribed. Titch is the first white man to treat Wash decently. It is such an alien experience that, when the young slave is directed to sit at the same table with the stranger, and perches on an upholstered chair, it seems so soft that it’s “monstrous.”

Newly arrived on the island in 1830, Titch asks his brother to loan him a slave assistant for his great project: a “Cloud-cutter,” or hot-air balloon, that he plans to launch from the peak overlooking the plantation. Titch picks little Wash—who narrates the tale from the perspective of his eighteenth year— simply because the boy is about the right weight to provide ballast for the flight. Soon, however, Titch learns that his valet has a sharp mind, and hidden aptitude as an illustrator. The bond formed between them will pluck Wash out of the Caribbean and carry him off to the Arctic, Nova Scotia, London, Amsterdam, and, finally, Morocco. But Wash feels the ambiguity of his good luck from the day he and Titch first climb Corvus Peak to scout the terrain for the experiment. The boy sits down to his assigned and welcome task: drawing what he sees. Suspended there between the island and the sky, he can hear from below the cry of a baby—a slave has been made to carry her infant into the cane fields after giving birth— while above him seagulls wheel, “the late afternoon light flaring on the undersides of their wings.” He will spend much of his young life hovering like this, between the owned and the free.

All of Edugyan’s novels—from her 2004 début, “The Second Life of Samuel Tyne,” set in rural Alberta in the late nineteen-sixties, to “Half-Blood Blues,” short-listed for the Man Booker Prize in 2011, to “Washington Black”— are historical fiction, yet they rarely give the sense that history is their main concern. The brutalities and injustices of the past supply Edugyan, the Canadian child of Ghanaian immigrants, with situations that she uses to crack open the human psyche and expose the tender, tangled material within. After a faltering start with “Samuel Tyne,” about a rather awful family and their similarly unpleasant neighbors, Edugyan hit upon the theme that seemed to unlock the form of the novel for her: friendship, particularly friendship between men.