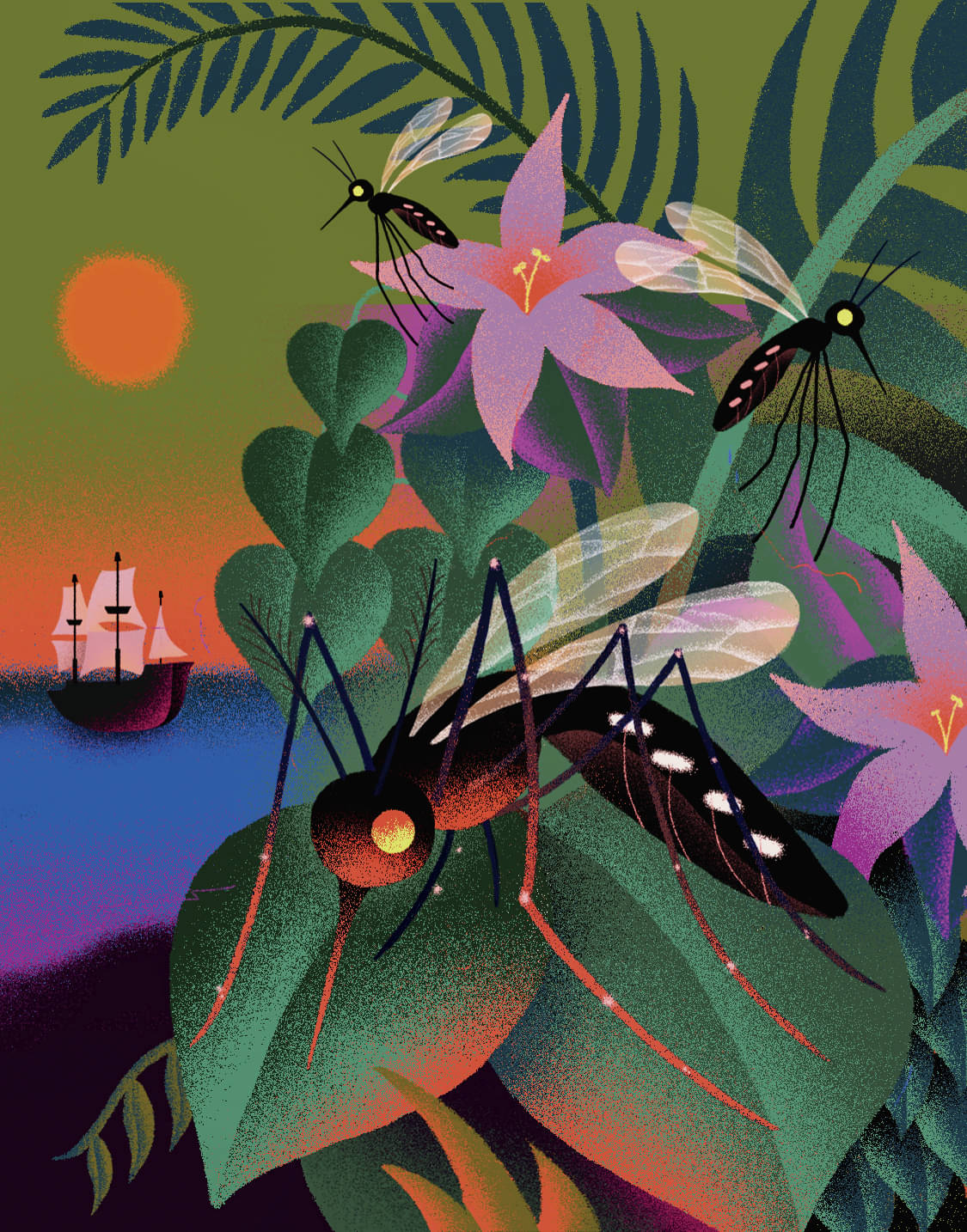 In 1698, five ships set sail from Scotland, carrying a cargo of fine trade goods, including wigs, woollen socks and blankets, mother-of-pearl combs, Bibles, and twenty-five thousand pairs of leather shoes. There was even a printing press, with which the twelve hundred colonists aboard planned to manage a future busy with contracts and treaties. To make space for the luxuries, the usual rations for food and farming were reduced by half. But farming wasn’t the point. The ships’ destination was the Darien region of Panama, where the Company of Scotland hoped to create a trading hub that would bridge the isthmus and unite the world’s great oceans, while raising the economic prospects of a stubbornly independent kingdom that had just struggled through years of famine. The scheme was wildly popular in the desperate country, attracting a wide range of investors, from members of the national Parliament down to poor farmers; it has been estimated that between one-quarter and one-half of all the money in circulation in Scotland at the time followed the trade winds to Panama.

The expedition met with ruin. Colonists, sickened by yellow fever and strains of malaria for which their bodies were not prepared, began to die at the rate of a dozen a day. “The words that are repeated to the point of nausea in the diaries, letters, and accounts of the Scottish settlers are mosquitoes, fever, ague, and death,” the historian Timothy C. Winegard writes in his sprawling new book, “The Mosquito: A Human History of Our Deadliest Predator” (Dutton). After six months, with nearly half their number gone, the survivors—except those too weak to move, who were left behind on the shore—returned to their ships and fled north. Still, they kept dying in droves, their bodies thrown overboard. When a relief mission arrived in Darien, they found, of all the wigs and combs and shoes and ambition that had left Scotland, only a deserted printing press on an empty beach.

But, Winegard writes, the expedition did have some lasting results: the overwhelming debt from the failure drove the reluctant Scottish to at last accept a unification offer from England. The mosquitoes of Darien led, by an unexpected route, to the birth of Great Britain.

Winegard’s book offers a catalogue of such stories. It turns out that, if you’re looking for them, the words “mosquitoes,” “fever,” “ague,” and “death” are repeated to the point of nausea throughout human history. (And before: Winegard suggests that, when the asteroid hit, dinosaurs were already in decline from mosquito-borne diseases.) Malaria laid waste to prehistoric Africa to such a degree that people evolved sickle-shaped red blood cells to survive it. The disease killed the ancient Greeks and Romans—as well as the peoples who tried to conquer them—by the hundreds of thousands, playing a major role in the outcomes of their wars. Hippocrates associated malaria’s late-summer surge with the Dog Star, calling the sickly time the “dog days of summer.” In 94 B.C., the Chinese historian Sima Qian wrote, “In the area south of the Yangtze the land is low and the climate humid; adult males die young.” In the third century, malaria epidemics helped drive people to a small, much-persecuted faith that emphasized healing and care of the sick, propelling Christianity into a world-altering religion.