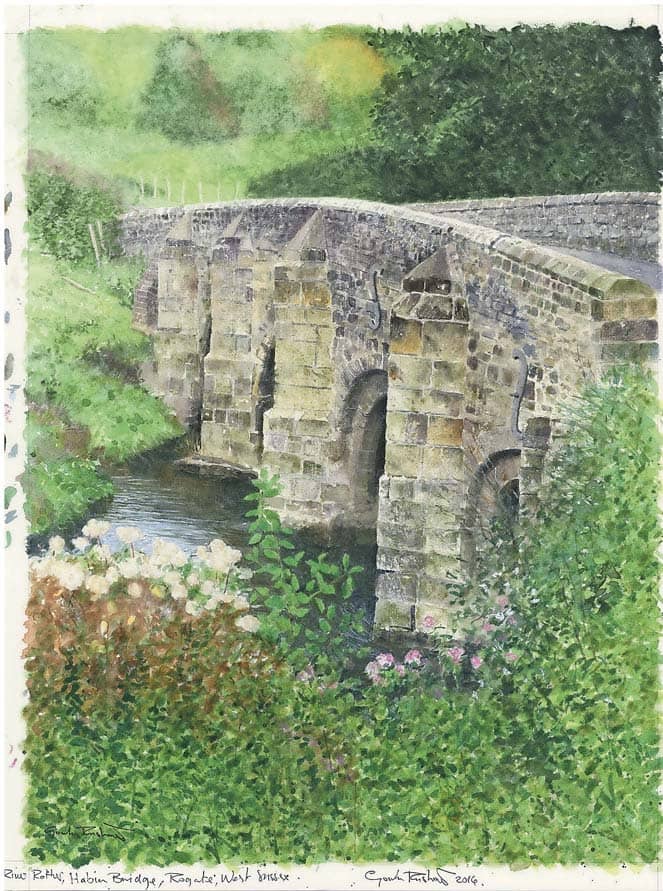 Landscape painter Gordon Rushmer had already enjoyed a long and successful career as an artist when he received a call that would change his life, and his art, forever.

“Out of the blue I had a call from the Royal Marines in Portsmouth, who produce a Christmas card each year,” says Gordon, now 74. “The officer responsible had forgotten to commission a painter, and with three days to go before the printer’s deadline, he panicked. It would appear that I was the closest artist to the base in Portsmouth – he just found me in the Yellow Pages.

“He obviously thought that all artists could paint anything, it hadn’t crossed his mind that there were specialisms. He asked me if I could ‘knock out’ this watercolour for him, which I duly did within the three days, and the next thing I knew I’d got a call from the Dutch Marines who wanted me to go to Bosnia.”

That was the beginning of 11 years as a war artist, during which his assignments included visiting the site of a Bosnian massacre and recreating the scene from the testimony of special forces who discovered it. Later, in 2002, he worked with the Special Boat Service in the north of Afghanistan. He describes this work as “difficult to explain – I capture action, I capture emotion. I suppose I turn into a reporter – I’m not looking for pretty, that’s for sure.”