The day the hippies came to Worthing 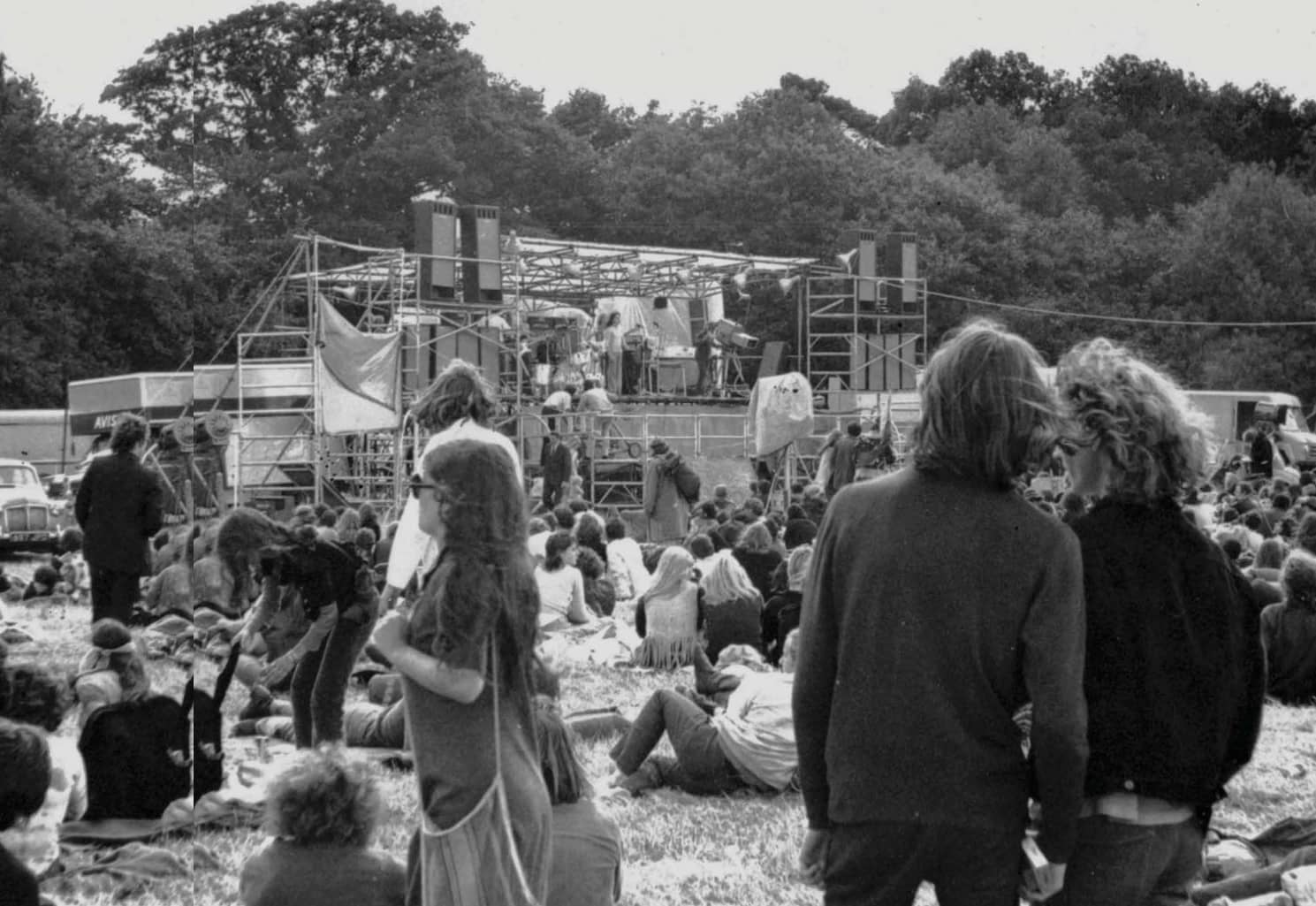 “Everybody who had anything to do with Phun City – whether they went there, helped arrange it or opposed it – it changed their life. It was a communal experience.”

So says Gez Cox, one of two former Worthing High School boys who helped set up the south’s first free music festival in their former hometown 50 years ago this month.

In the lead-up, to the free event, the Worthing Herald ran stories warning of a “pop festival invasion” on Ecclesden Common – an open stretch of land opposite the Fox Inn in Patching now occupied by the A27 dual carriageway. There were predictions that 20,000 drug-taking hippies would invade the quiet coastal resort.

Hippies did set up camp in the woods surrounding the festival site, on one occasion bonding together to help move the stage 100 yards when it was set up in the wrong location. Gez, now living in Marin County, 40 miles north of San Francisco, admits there was drug-taking. But the numbers of revelers descending between 24 and 26 July 1970 only totaled 10,000 at most – with caterer Mr. A Carter complaining to one local paper that he’d had to throw away 400 packs of his salmon and chicken sandwiches.

In his 2002 autobiography Give the Anarchist A Cigarette, Gez’s old schoolmate Mick Farren, once the leader of the band The Deviants and editor of International Times (IT), describes the night the festival was born in his Maida Vale flat: “Our assets totaled a half-finished bottle of vodka, an almost untouched quid deal and two and ninepence in cash. ‘Is that enough to launch a rock festival?’ We all looked at each other and shrugged. No one had told us it wasn’t, so what the hell?”

“Mick would spout ideas that the rest of us might pick up on,” recalls Gez 50 years on. “My function was to get things done.” Gez had just hooked up with Mick again after spending time as “a very corporate person” in Australia. “It radically changed my life,” he says now. “We were all members of [anti-racist political collective] the White Panther Party and spent every day producing IT. We never had enough money.”

Originally Phun City was to be a ticketed event in aid of IT – bands advertised included Free, The Pretty Things, and Mungo Jerry with Detroit legends MC5 headlining the Saturday night. Despite Gez donning a suit and tying his long hair back to meet county councilors and police, the threat of an injunction from West Sussex Council led the festival’s original financial backers to withdraw. The organizers turned to Radio Caroline founder Ronan O’Rahilly for support. Ronan, who died earlier this year, paid the initial costs, on condition that the event should be free. The field was rented from a local landowner, Mr FitzRoy Somerset, who Gez and Mick had once worked for as pheasant beaters.

Lancing-based music promoter Ian Grant was 20 when he called IT to offer his services as a local contact. “We didn’t have any mobile phones – we communicated by a call box,” he remembers. “We rented a house in Arundel Road from the guy who owned the land, which became our base. The Fox pub was our other base. It wasn’t organized like anything today. The toilets weren’t completed until Saturday or Sunday morning.”