Rididng the Wave of Fashion 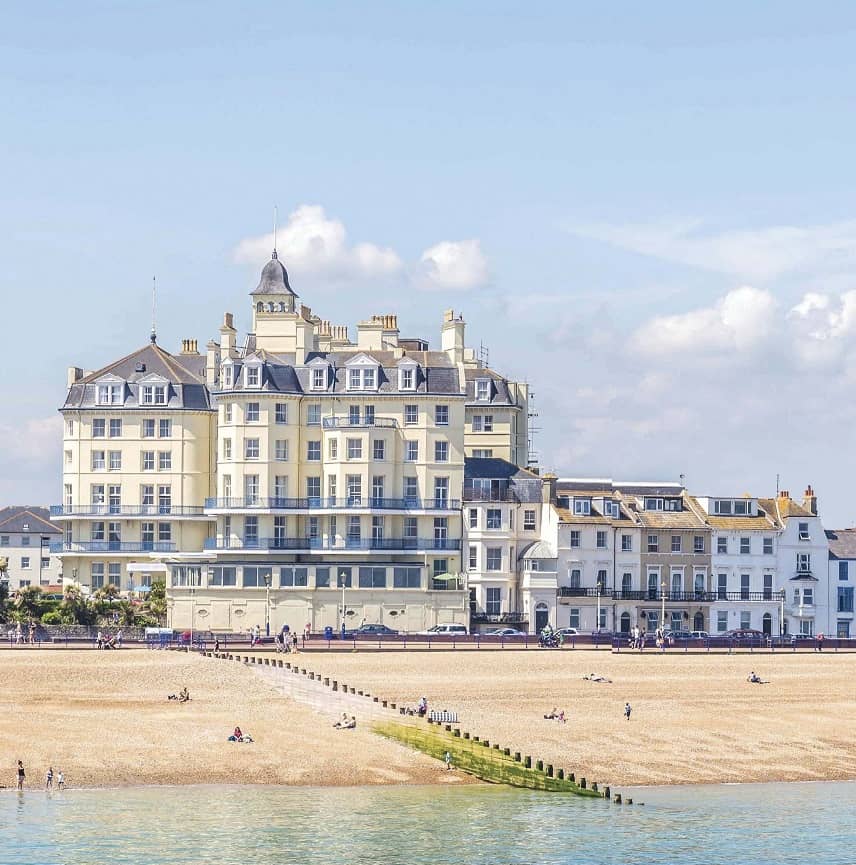 How has our perception of the British seaside been moulded by the preferences of our forebears? Historian Kathryn Ferry investigates

The seaside towns we know and love are the result of centuries of changing holiday fashions. The things we expect to find there – the buildings, promenades, and even the food culture – are derived from the preferences of our forebears. Many of the attractions and treats they favoured have become staples of our own seaside experiences. Some hang on as mere remnants, others survive with almost iconic status.

Sandcastles, donkeys, piers,and sticks of rock. Beach huts, grand hotels, comic postcards and ice cream cones. All of these things have their own history which, added together, makes the seaside the distinctive place it is today. In my new book, I focus on 100 objects which tell our national seaside story from the 18th to the 21st century.

Seaside culture originated in the Georgian trend for medicinal sea bathing. Whatever ailed you, there was a doctor willing to prescribe a health-giving trip to his own stretch of shore. A medic from Lewes, Dr. Richard Russell, became the best-known advocate after he published A Dissertation on the Use of SeaWater in the Diseases of the Glands, particularly, The Scurvy, Jaundice, King’s Evil, Leprosy and the Glandular Consumption in 1750. Russell sent his patients to nearby Brighton and their aristocratic status set the town on its rise to fame and fortune.

In Sussex we’re lucky enough to have a wide range of seaside resorts with some very influential buildings. Thanks to royal patronage what happened in Georgian Brighton became a model for resort development around the country. The most obvious example of this is the wonderfully exotic Royal Pavilion, which later inspired a fashion for oriental domes in architecture around the coast, particularly on piers. Brighton’s own Palace Pier had an Edwardian theatre topped with numerous onion domes. However, the first time that domes were used to ornament a pier structure was at Hastings in 1872. The engineer, in that case, was Eugenius Birch, the man who was responsible for Brighton’s West Pier and at least 13 other piers around the British coast.