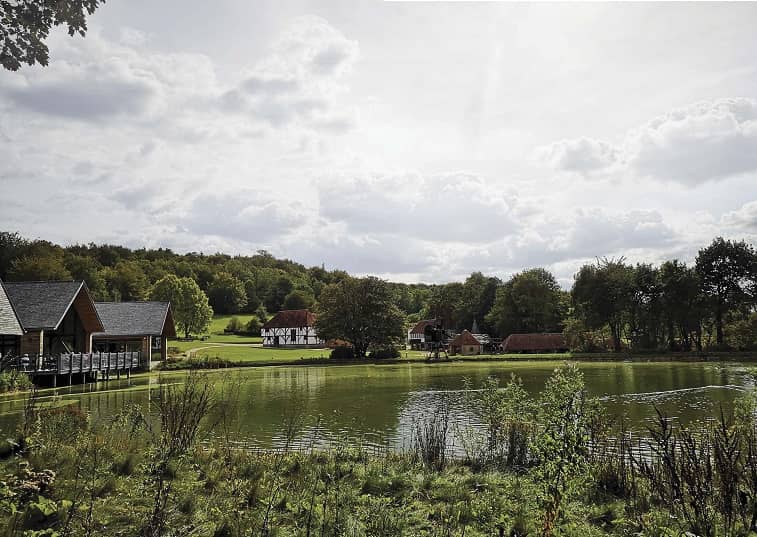 Today the Weald and Downland Living Museum is familiar to audiences nationwide as the location for the BBC’s gentle surprise hit The Repair Shop. In fact, according to museum director Simon Wardell, one in three visitors express an interest in the programme.

For those who haven’t seen it, the show sees experts repair and renovate treasured heirlooms and present them, good as new, to their owners. There are disarmingly moving moments and legions of fans. Last year Pointless host Richard Osman happily outed himself as “weeping at The Repair Shop, as usual.”

While visitors to the museum aren’t likely to meet the presenters or conservators when they visit – and the Court Barn building is closed due to filming – they will discover much of the same ideology. The 40-acre site is home to 53 historic buildings, dating from as early as 950 AD – all of which have been rescued from falling into oblivion and reconstructed on the site.

This month the museum celebrates its 50th anniversary of opening to the public on 5 September 1970. The extraordinary endeavour began when founder Roy Armstrong set out to stimulate interest in historical buildings, increasing awareness of traditional crafts, trades and industries. He was inspired by open-air museums in Europe, including two in Norway. To begin with, it was very much a shoestring operation, says Simon Wardell: “There are some amusing photographs of thatched cottages being rescued on a low loader, being driven through the gates and popped down in situ. We probably wouldn’t be allowed to get away with that these days.”

Visiting the site today, with its £6m entrance and visitor centre unveiled in 2017, it is hard to believe but the project was initially almost entirely volunteer-driven. The land was provided at a peppercorn rent by the Edward James Foundation on the West Dean Estate.

“Many people who were involved in putting the buildings up originally were practising a trade in doing that, very often not charging the museum or charging a very reasonable rate to do it,” says Simon. “At one point, volunteering of that nature and giving so generously of your time was fairly common practice. We still see it in the fact that we have 400 volunteers who act as stewards and interpreters of our buildings.”