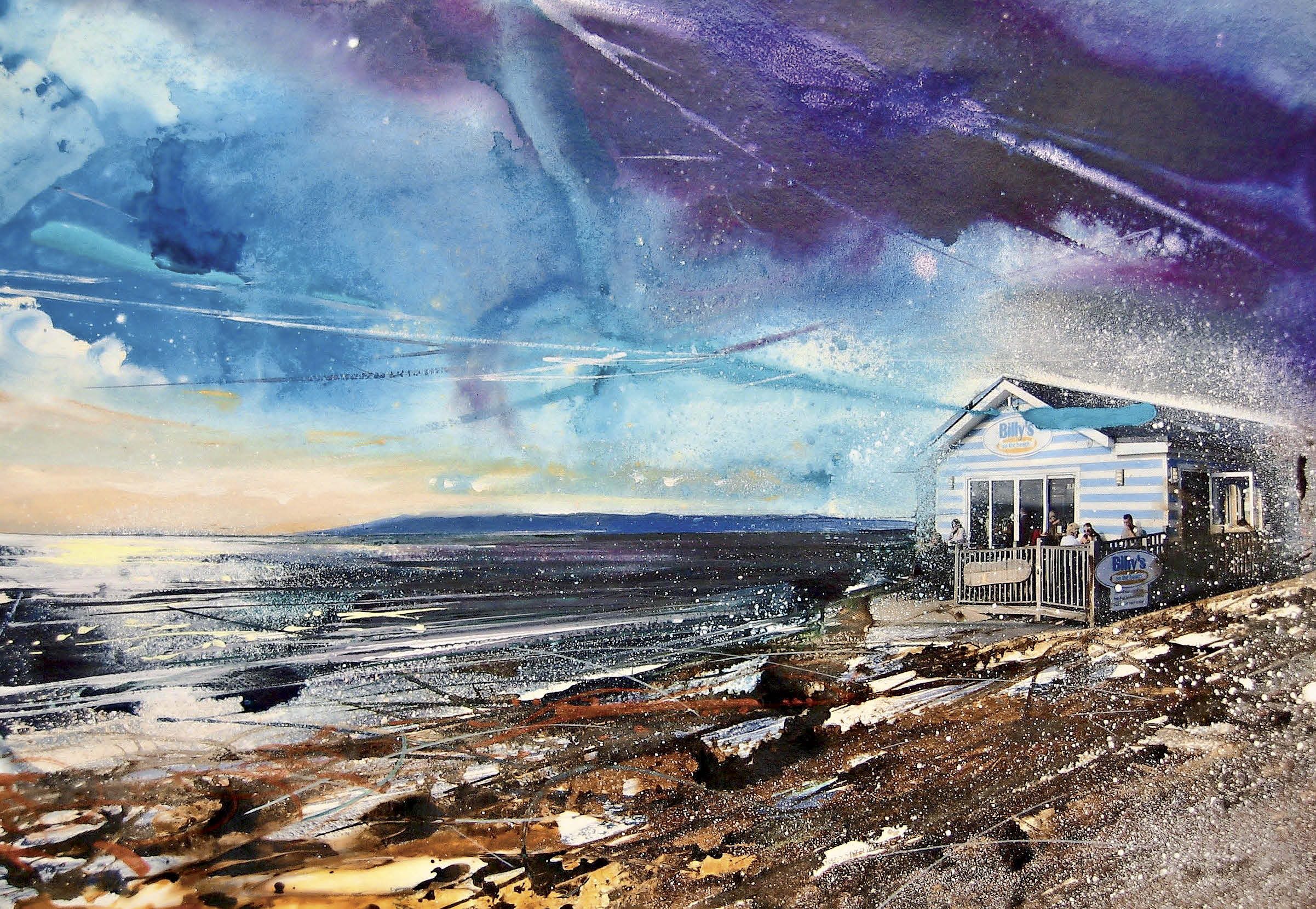 Landscape artist Shazia Mahmood has painted around the world, but there’s no place like home when it comes to dramatic seaside scenery, as she tells Simone Hellyer.

Shazia has been a regular at Billy’s on the Beach café for several years, often stopping in while painting the dynamic coastline stretching from Bracklesham to West Wittering. Some of her final pieces are on display in the café, but now she has put Billy’s itself in the picture with a painting that has been turned into a postcard to raise money for Selsey Lifeboat Station.

“Billy’s is where my family always comes to hang out because it’s lovely and is the closest café to the beach. One of the guys in the café asked if I would be interested in painting it, so I decided to give it a go. I did it for free in case they didn’t like it, as art is sometimes a bit like Marmite and it was the first time I had actually put a building into any of my paintings.

Luckily they absolutely loved it and suggested making a postcard of it, with donations going to the RNLI in Selsea. I was absolutely thrilled about that because I think the RNLI is wonderful – it’s crazy that they have to rely on donations, given that they have saved so many lives. Apparently, they have made quite a lot of money from the cards so far and are having to make another 1,000 because they have nearly run out,” Shazia says.